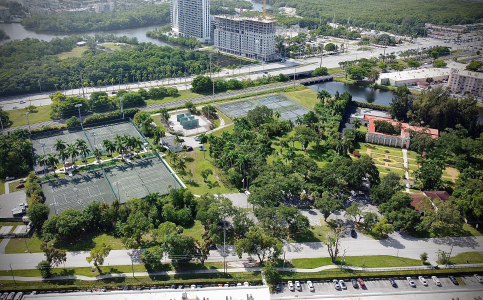 The City of North Miami Beach is inviting local developers to learn more about a P3 development opportunity and pitch creative ways to reimagine the space.

City is hosting a private pre-solicitation launch event Aug. 25 at the proposed city-owned development site, which is the Arthur I. Snyder Tennis Complex at 16851 W Dixie Hwy. Developers will get the chance to check out the 10-acre lot and determine what is best for the space.

“The affordable housing crisis in Miami-Dade County is something that we have to solve as a municipality,” said North Miami Beach Vice Mayor Mckenzie Fleurimond. “We’re looking for creative ways to partner with the private sector so that we can address this crisis.”

The development site is also another way to increase economic development and investment in the city, he said.

“With this particular P3 opportunity,” the vice mayor said, “what the city is saying is we welcome developers, creatives to come to our city. Look at this 10-acre piece of land that we own and tell us what the highest and best use for it is, and from there we’re going to make a determination as to what route we’re going to hit.”

A mixed-use proposed development design would be ideal, he said. “But also we want to take into account the utilization of the area by providing a green space for the community as well.”

When considering design plans, the city wants to feed off of and enhance visitation to the Ancient Spanish Monastery, which is right next door.

“At this point, we are going to just see what developers have to offer and then we will go from there to make it accommodating for whatever plan that we as a commission decide on,” Vice Mayor Fleurimond told Miami Today. “Land is very expensive, going for almost $4 million an acre in this area.

So, to have 10 acres of land, it’s a good opportunity for any developer to build here in our city.”