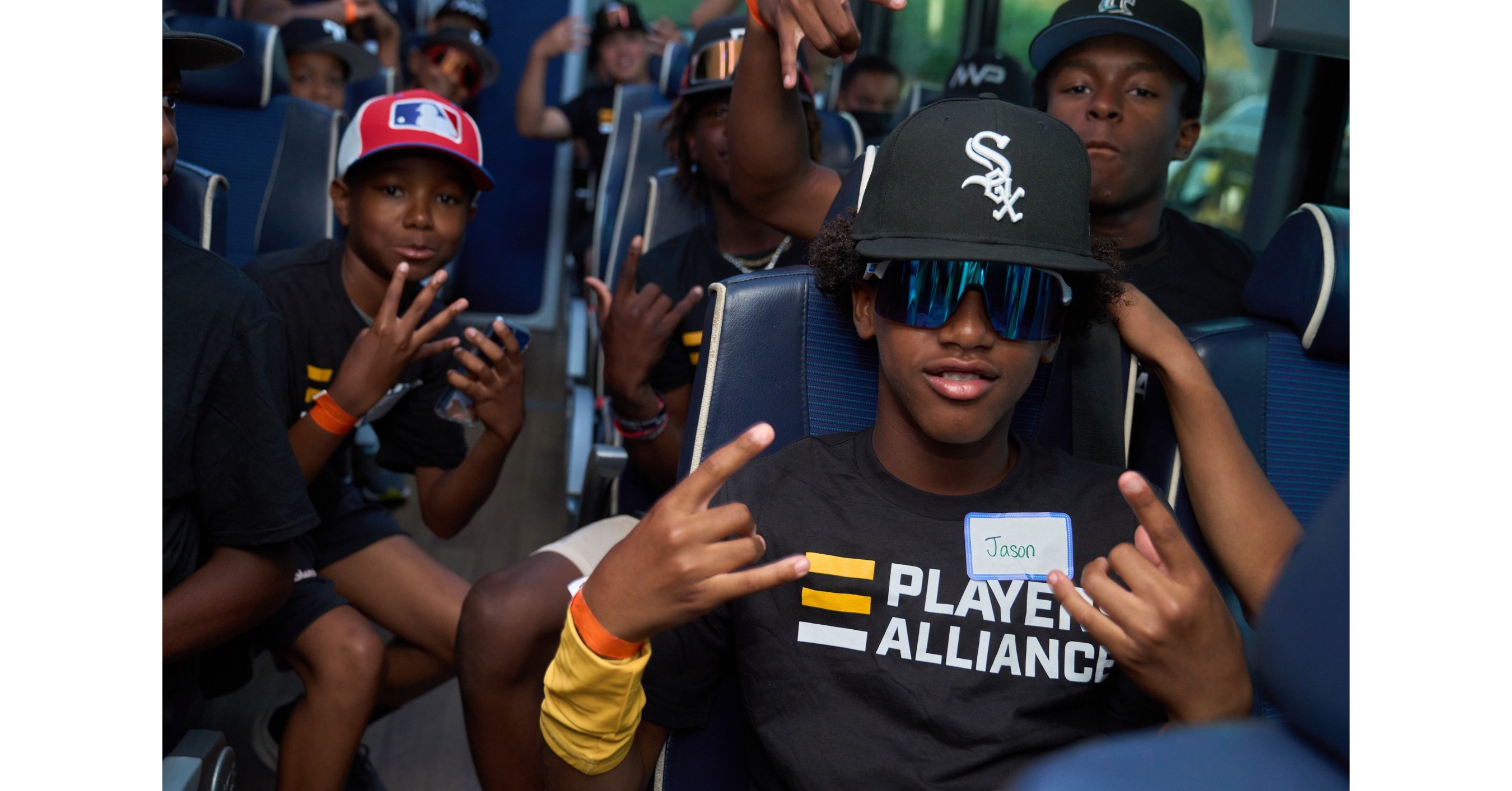 Our kids play, they just don’t get a lot of opportunities. They love the game too” said TPA board member, CC Sabathia

As each of the 107 youth from Inglewood CA entered the space, they were met by faces they knew and some they didn’t. Former All Star and Board Chair, Curtis Granderson greeted the players with, “welcome to Equip The Future, you’re going to learn new skills that should keep you in the game a lot longer and help you grow to be a lot stronger, no matter what you may face. All we need you to do is have a seat and lets talk.” In the Players Alliances clinic, athletes gathered in cohorts of ten around two former players to talk. There was no running and no swinging of bats. In this clinic, young people were allowed to ask any question about anything that ever made them want to quit the game. They heard stories from players about their success and failure. They heard about tips and tricks to get through hard games, unfair coaches and feeling alone and isolated. Edwin Jackson, former All Star and co-founder of The Players Alliance, shared, “when our kids see us up close, they’re more likely to believe what they hear. We’re the only ones who can answer certain questions for young players. We’ve been there. We understand. We know success, failure and betrayal and figured some things out. The most important thing that any of us can give baseball and our community is ourselves. Showing up as men, women and mentors is just one of the ways we plan to help increase black participation in the game. That’s why we’re all here.“

Even as four of the top five picks of the recent MLB draft were black, African Americans still make up less than 8% of the total population of professional players. According to Margarette Purvis, the group’s Interim Executive Director, “the success of black players in the recent draft highlights the urgency of now. There is still both talent for and interest within our community for baseball. We can either solely focus on the low number and debate the causes or we can use our collective influence to target existing talent and inspire more black players to see a place for themselves within the game. We’re choosing the latter.” The group included Natasha Watley and members of Team USA to ensure that the needs of black and brown softball players weren’t missed.

CC Sabathia, Vice Chair of TPA’s board and Special Assistant to the Commissioner anchored a group of high school players with Milton Bradley stated, “It was so powerful looking out and seeing Natasha and so many of my brothers, surrounded by these kids having really deep conversations. They all showed up and worked with these young players for free just because we asked them.” According to Granderson, “Players even in retirement are typically pretty busy and we really didn’t get no’s. This tells me that this new style of clinic is where our members want us to be. We’ve spent months planning our future, we’re excited to provide this experience to young people all over the country.  If their dads didn’t play then maybe we can be Uncles Curt, Kennard or Carl and they’ll choose to follow in our footsteps.” No matter what they’re called, Sabathia is excited about the future. “Our kids play, they just don’t get a lot of opportunities. But they love the game too. Getting these numbers up is important for the game and I know we’re going to be successful.”