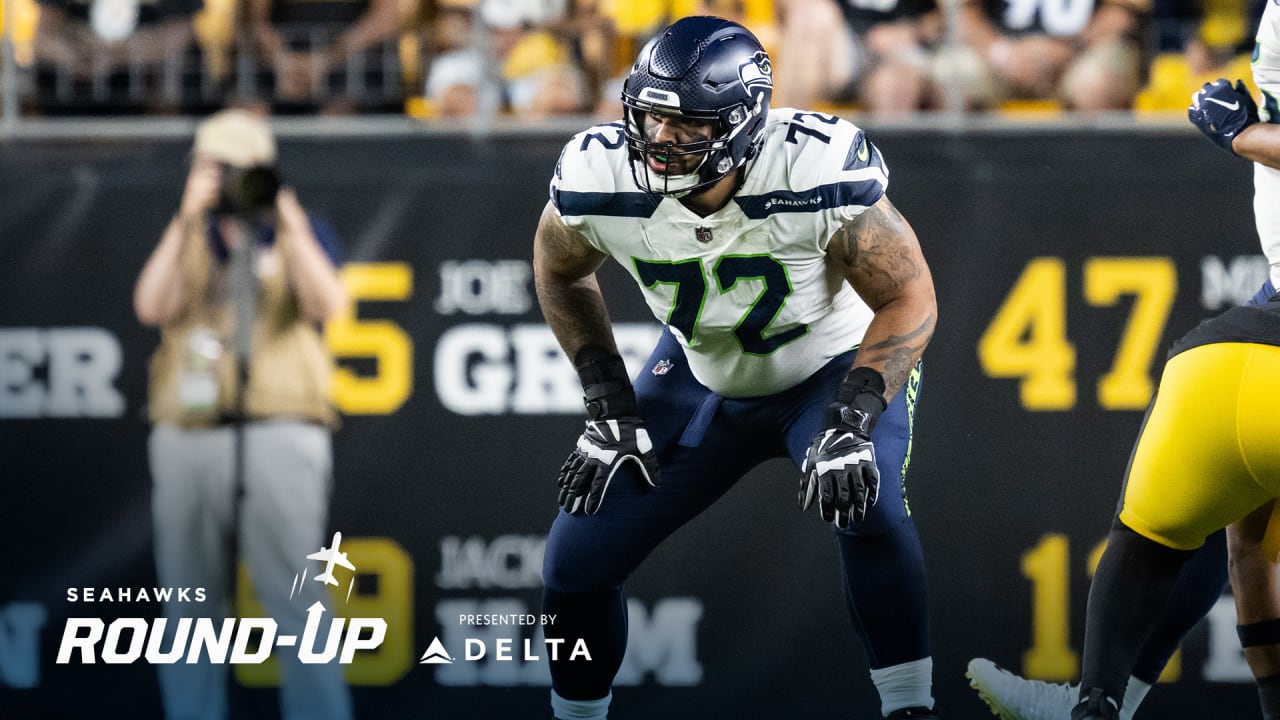 Good afternoon, 12s. Here’s a look at what’s out there today – Wednesday, August 17 – about your Seattle Seahawks.

The Seattle Seahawks fell 32-25 to the Pittsburgh Steelers on the road Saturday in the preseason opener, but there were many positives. With rookie tackles Charles Cross and Abraham Lucas making their debuts, the Seahawks offensive line shined as a unit. With Week 2 of preseason here, Pro Football Focus announced superlatives from last week, with the Seahawks earning offensive line of the week.

Bryant Horn of PFF breaks down the list of awards, from team of the week, to player of the week, to individual unit praise. Fourth-year offensive guard Phil Haynes makes the PFF Offensive Team of the Week, the only individual Seahawk named. In March, Seattle re-signed Haynes, who was a restricted free agent coming off of his third season with Seattle.

The Seahawks offensive line as a whole gets the nod for unit of the week, with Horn breaking down the selection.