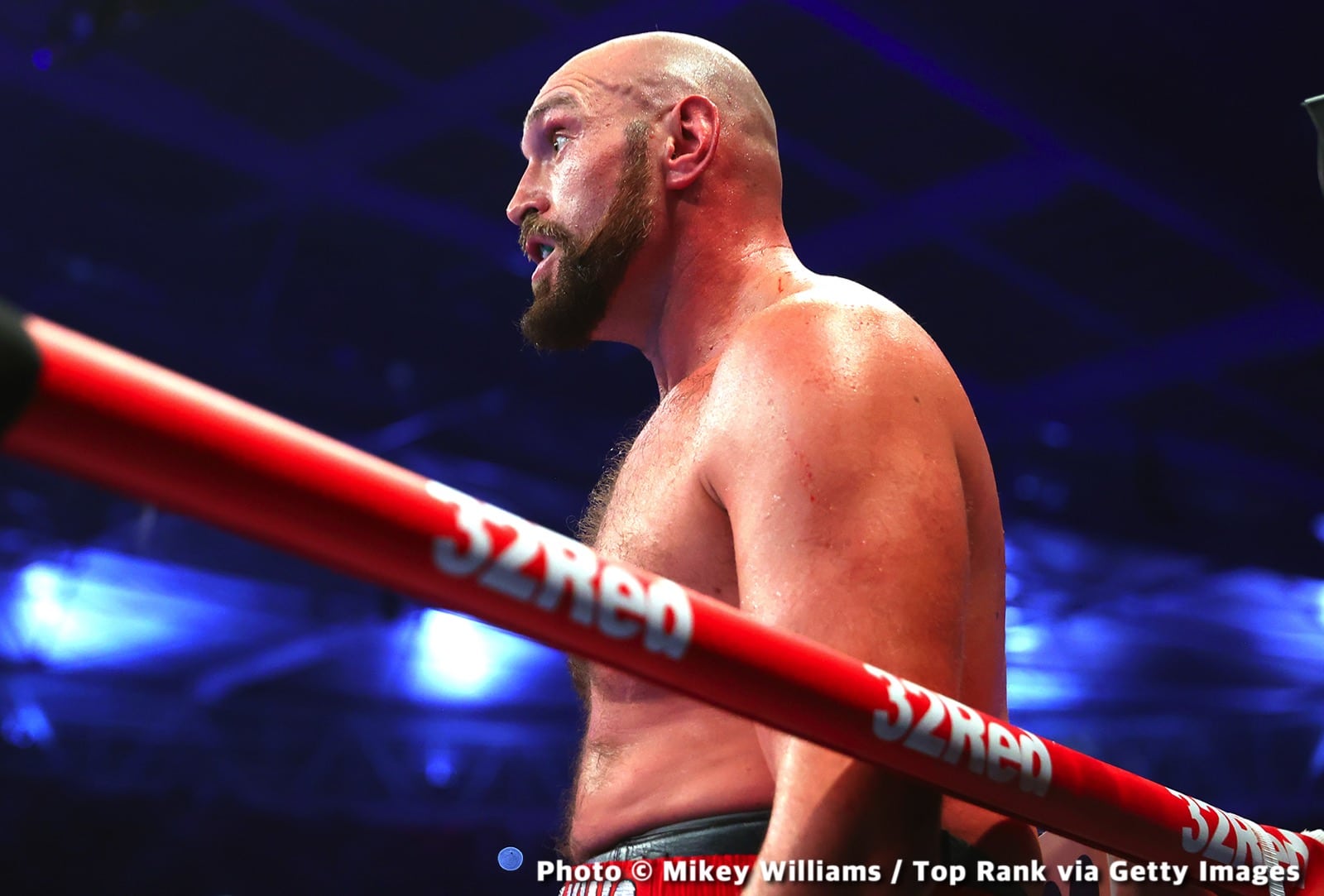 By Charles Brun: Tyson Fury took to Twitter on Friday to scold Derek Chisora for turning down two million pounds for a fight against him. Fury claims that Chisora (33-12, 23 KOs) wanted three million for the fight.

According to Chisora, 38, he didn’t see it as a good deal, and he never heard back from Fury after initially telling him that he was interested in the fight.

Whether Fury was ever serious about fighting Chisora is unclear, as he’s been all over the place, talking about fighting a weight lifter named ‘Thor’ and UFC heavyweight Francis Ngannou.

It would appear that Chisora’s name with thrown into that mix without Fury really being serious about making it.

“I see Delboy is at it again. He’s confused because he lost two million pounds I offered him because stupid 258 said no. They wanted three. Robert Davis was there to confirm, and so was Frank Warren,” said Tyson Fury on Twitter.

“I’m sure you want some smoke, you little s*** house. You were offered two million, and you s*** yourself, you big sausage. You’re a carrot cruncher, you little p****,” said Fury.

You shit yourself you big sausage @DerekWarChisora pic.twitter.com/btvE9BsTu3

“It’s just noise,” said Chisora to talkSPORT about a fight against Fury. “Tyson has got bipolar. One minute he’s retiring, and one minute he wants to fight for five hundred trillion. The next minute he’s fighting for free so he can give all the money to charity.

“He’s got problems. The guy offered me the fight, and I said, ‘Okay, yes, send me the contract,’ and I’m still waiting. Now, he’s trying to blame my management team. It has to do with these people. He needs to speak to Bob Arum.

“He needs to speak to his mommy and daddy and then come talk to the big boys first. I didn’t outprice myself for the fight. Put it this way. He offered me two million for the fight. I’m not just going to jump and take it. Where is the fight going to be?

“Two million, that’s your two million, take that. Now I have to work to sell the fight on box office, and sell the arena, which would take eight to ten million.

“Pay per view would collect about 30 or 20, and all that money is going into his pocket, and I’m walking home with two million. Would you do that deal?” said Chisora.