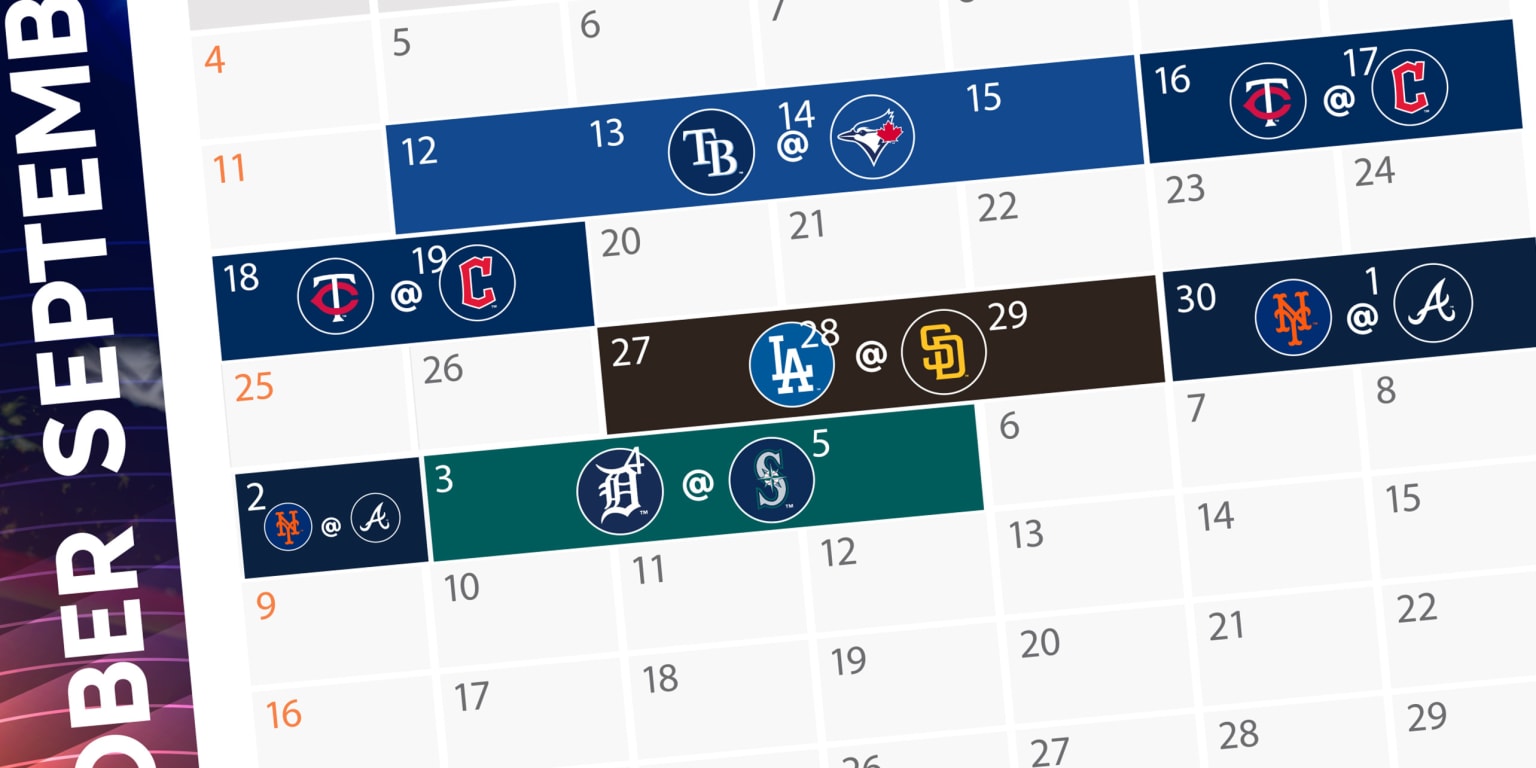 We are rapidly approaching the point in the season when every game seems to count a little bit more. One hot week can make your whole year … and one bad one can wreck everything you’ve been trying to build. And everyone — everyone — is keeping one eye on their team’s games and one eye on the scoreboard to see what that team next to you in the standings is doing. It’s a pennant chase. This is why this is fun.

But even a pennant chase where every game is massive has some games that are more vital and urgent than others. These are the classic series, the ones that can make or break an entire season. It’s one thing to watch a scoreboard; it’s another just to beat the team you’re most worried about, head-to-head. Here are the six biggest series left on the schedule. These are the series that will settle everything.

Mets at Braves, Sept. 30-Oct. 2
This was originally supposed to be the end of the season before the lockout-induced delay in April caused games to be tacked onto the end of the year. But that doesn’t mean this series won’t be any less face-meltingly intense. The Mets have some breathing room after winning four out of five at home earlier this month vs. the Braves, but Truist Park will be hopping for this weekend, particularly if Atlanta makes up more ground between now and then.

Even with all the Mets’ success, you can still make an argument that this Braves team is better than the one that won the World Series last year, and you can bet they’re going to be breathing down the Mets’ necks for the next month. And there may be no more important division race in the sport down the stretch. The winner of the NL East gets a bye; the loser of the NL East may have to play Juan Soto and the Padres. If this division is closer than it is now — and we bet it will be — this is the series to watch in the final week.

Twins at Guardians, Sept. 16-19
We don’t mean to ignore the White Sox, who, despite some ups and downs, are not out of the American League Central race. But the Twins and the Guardians have been at each other’s throats all season, and it may culminate in a truly epic series in the middle of September, in which the two teams will play five games against each other from Friday the 16th to Monday the 19th.

The delay to the start of the season added an extra game to be made up during a doubleheader on Saturday Sept. 17, which means these teams will be well and truly sick of each other by the end of that weekend. The Twins will still have six games left with the White Sox after that weekend (the Guardians have three, directly afterward), but if one of those teams can win four of five or even all five, this division race could essentially be over.

Cardinals at Brewers, Sept. 27-28
The Cardinals and Brewers have the most fascinating, and possibly apocalyptic, pennant chase going in the sport right now. With the recent Phillies surge — and the fact that the Phillies still have seven games left with the Nationals — it is very possible that the whoever wins the NL Central is going to host a playoff series, and whoever loses isn’t going to make the postseason at all.

After last weekend’s series in St. Louis, the Brewers and Cardinals have four games left, two two-game sets: Sept. 13-14 in St. Louis and Sept. 27-28 in Milwaukee. The latter one will be particularly pivotal. The Cardinals will be finishing up a brutal eight-game road trip in San Diego, Los Angeles and Milwaukee; the Brewers will be starting an eight-game homestand with the Cardinals, Marlins and D-backs. But the Cardinals have an ace up their sleeve, too: They finish the year with six consecutive games against the Pirates. If someone can sweep this two-game set, they might just take control of the division.

Blue Jays at Rays, Sept. 12-15
As you might be able to tell, we’re a sucker for a five-game set, and these two AL East competitors have a big one coming up in the middle of September. This, too, is a result of the delay to the start of the season, which means there are five games in Toronto for the Rays right as both teams are desperately trying to hang onto a Wild Card spot.

The Rays are a little wobblier, but they should have Wander Franco back by then and may thus start to look more like themselves. Worth keeping in mind: There are still two Rays relievers, Brooks Raley and Ryan Thompson, who are not vaccinated and thus will be unable to accompany the team to Toronto, which could be a big factor when their team is playing five games in four days.

Dodgers at Padres, Sept. 27-29
We’ve seen what happened when the flying-high-on-the-Soto-trade Padres ran into the Dodgers last week: The Padres got their hats handed to them. The news didn’t get any better the next week, with Fernando Tatis Jr. being suspended for the rest of the season and the start of next season. But even without him, San Diego is a playoff-caliber team, and the club will get a chance to see where it stands against the most dominant team in baseball, its SoCal neighbors, once again in the season’s final week.

The Dodgers will likely have wrapped up the division by that point, and perhaps the best record in baseball and the according No. 1 seed, but beating the Padres will always mean something to them. And as for the Padres … well, if they’re still vying for the third Wild Card spot, the last team they’ll want to face at that point will be the Dodgers.

Tigers at Mariners, Oct. 3-5
All right, so there likely won’t be much reason to watch the Tigers during the last series of the season. But this may end up being the most riveting series of the season’s final week for one simple reason: It might just be when the Mariners clinch their first playoff berth in more than 20 years, ending the longest postseason drought in North American professional sports. Look at the Mariners’ schedule to end the season: After a two-game set against the Padres on Sept. 13-14, they play:

You couldn’t map out a better playoff path than ending the season with those teams. Which means that four-game set against Detroit could have Seattle fans packing T-Mobile Park to see something they haven’t seen in two decades: A playoff clincher. Even with all the races, this may be the best story of the final week.