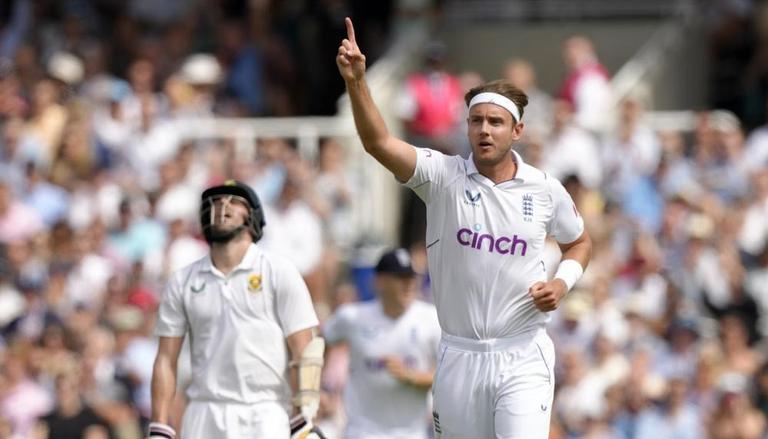 England pacer Stuart Broad scripted a unique record on Day 2 of the 1st Test match between England and South Africa at the iconic Lord’s Cricket Ground. While England went on to lose the match by an innings and 12 runs, Broad’s performance at Lord’s became one of the highlights for the home team. On Day 2 of the match, Broad dismissed Kyle Verreyne of South Africa off an edge to the wicketkeeper and added yet another accolade to his international career.

The 36-year-old became the second player to complete a total of 100 Test dismissals at the iconic venue, which is also known as the ‘Home of Cricket’. He joined his veteran teammate James Anderson in the unique record book, who was the first player to achieve the milestone. Meanwhile, Broad also became the fourth player in the history of Test cricket to complete a century of wickets at a single venue.

Anderson, alongside the Sri Lankan pair of Muttiah Muralitharan and Rangana Herath are the only players to have done so in the past. Muralitharan, memorably took 100+ wickets at three venues, i.e., Galle, Kandy, and the Sinhalese Sports Club Ground in Colombo. It is pertinent to mention that Broad completed the 1st Test match with a total of three wickets and is looking to storm his way into another massive record book.

Coming back to the match, the visiting South African side picked up a deserved win after dominating throughout the match. In the first innings of the game, England was bowled out for 165 runs after Kagiso Rabada completed his five-wicket haul. In the second innings, South Africa scored 326 runs and went on to bowl out England for 149 runs in the third innings.