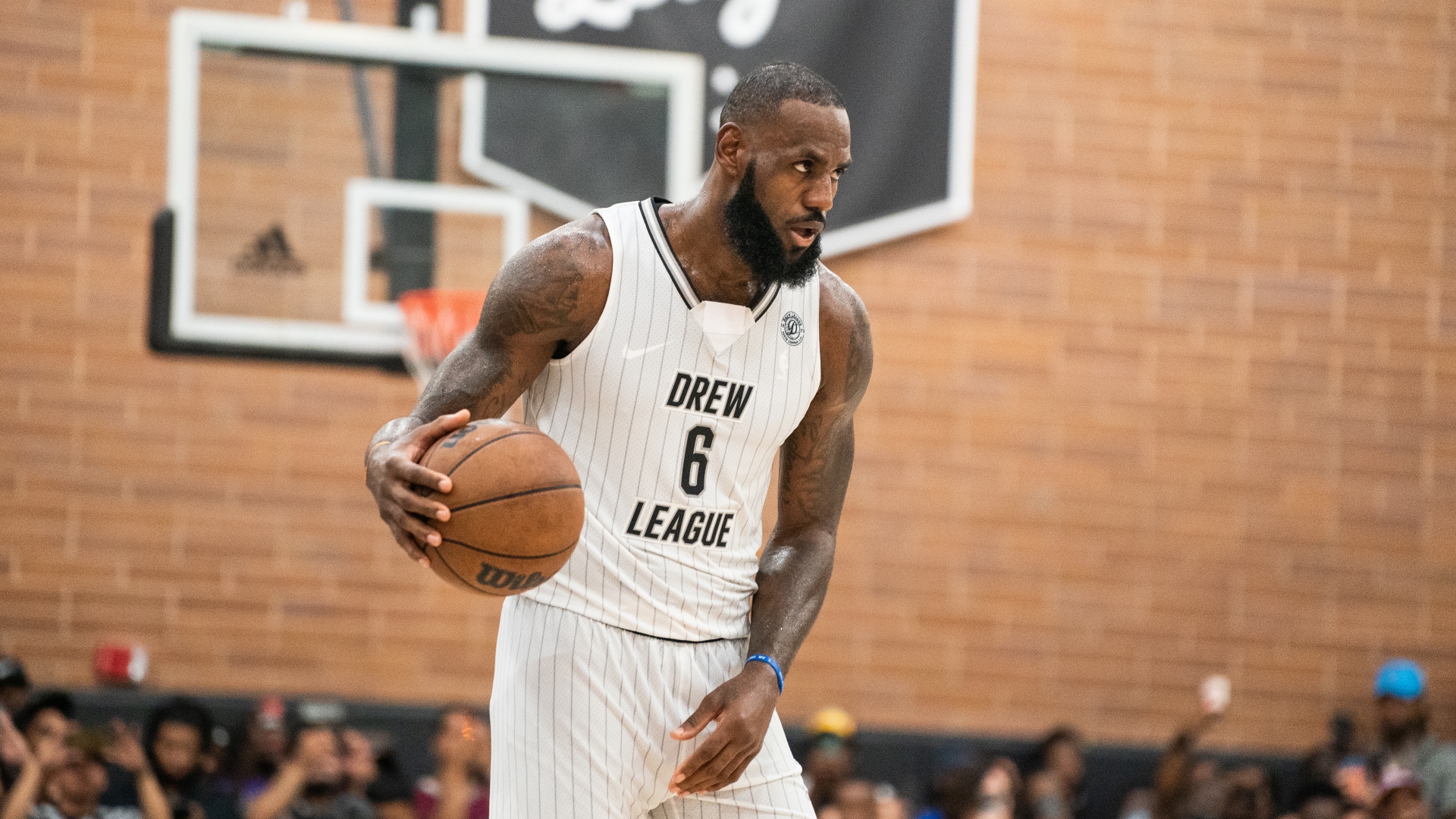 LeBron James electrified the crowd earlier this summer with 42 points and 16 rebounds in his 1st Drew League appearance since 2011.

LeBron James is taking his talents to Seattle this weekend to play in Jamal Crawford’s pro-am event.

The game will be streamed live on the NBA App and NBA.com.

SEATTLE LETS GET IT!! Been over 15+ years since I’ve been back and played ball! Well the wait is almost over!! The 👑 is BACK! @JCrossover 🫡! #ThekidfromAKRON🤴🏾 https://t.co/6NWxlSQg9o

Five weeks ago, James made an electrifying cameo alongside DeMar DeRozan at the pro-am Drew League in Los Angeles. In front of a raucous gym at King Drew Magnet High School, the Lakers star collected 42 points and 16 rebounds, leading the MMV Cheaters to 104-102 victory.

Crawford announced a star-studded group of players will be participating in his pro-am league this weekend, including Jayson Tatum, Dejounte Murray, Isaiah Thomas and top draft picks Paolo Banchero and Chet Holmgren.

🚨🚨🚨🚨🚨🚨🚨 Bron said Mal, you know we gotta keep the party going, let’s get someone that’s never been to Seattle but they NEED to see!! Y’all also making his @thecrawsover debut, the unstoppable superstar, @jaytatum0 will be playing on Saturday !!!!!!!!!!!!!!!! pic.twitter.com/S6cQI5DioU

You telling me the Hawks star @DejounteMurray will be in h to e house on Saturday too?!? Haha movie!! pic.twitter.com/PbbBllaJZG

🚨🚨🚨🚨🚨🚨🚨🚨🚨@ChetHolmgren will be in the house on Saturday?! My goodness ! pic.twitter.com/MBfaRv3Pok

Milwaukee Bucks first round pick, and Washington’s own @Marjon32 will be @thecrawsover Saturday to put on a show!!! pic.twitter.com/clBY4uDmvX