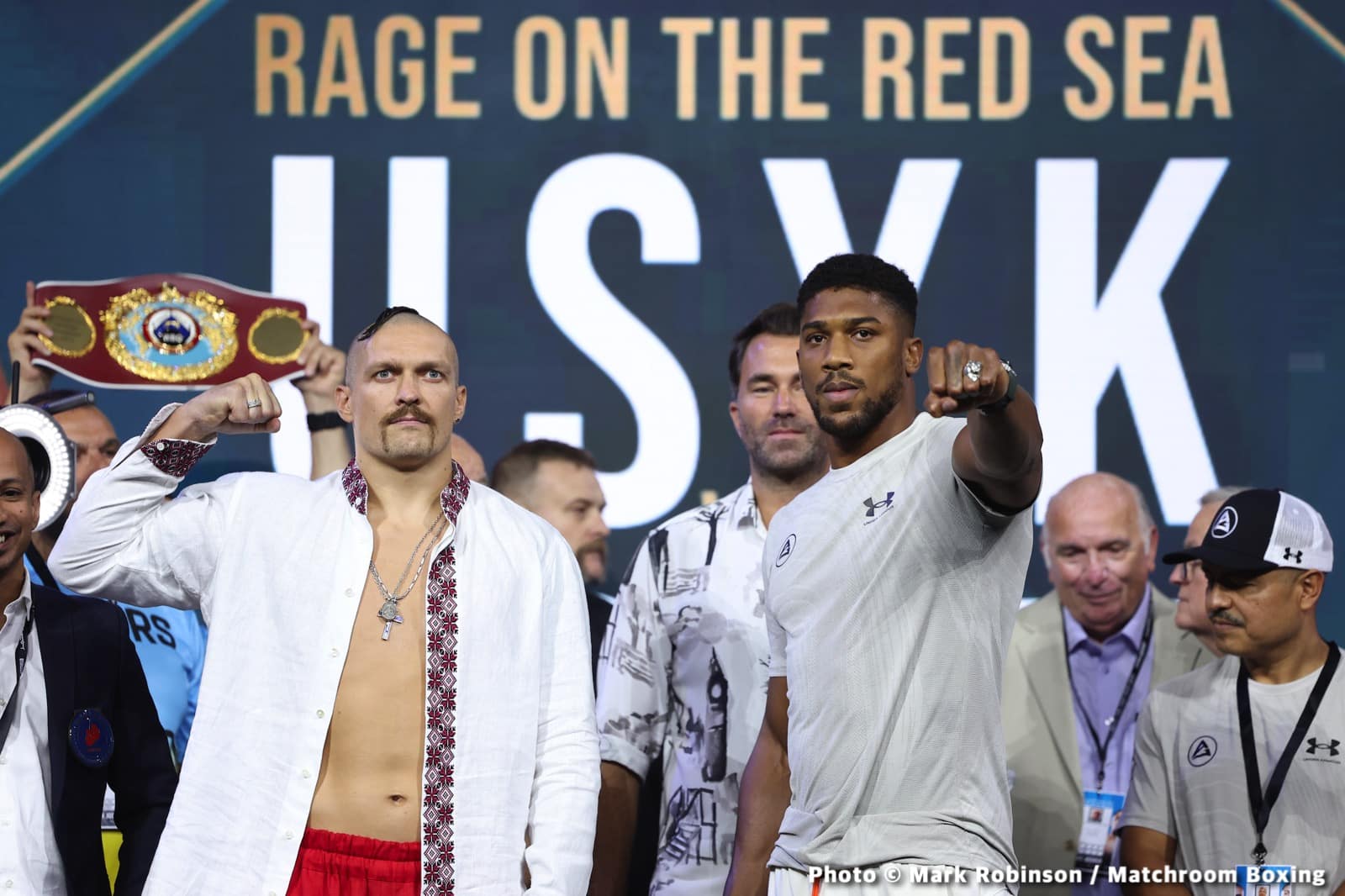 By Craig Daly: Ring announcer David Diamante says he feels that unified heavyweight champion Oleksandr Usyk looks dialed in and laser-focused for his rematch with Anthony Joshua on Saturday night.

Diamante states that Usyk (19-0, 13 KOs) isn’t just fighting for himself. He’s fighting for his country in Ukraine, and that’s going to bring more out of him.

Although Joshua looks mentally engaged as well, he doesn’t have the same dialed look to him compared to Usyk. That doesn’t mean Joshua can’t win, as he still has a huge advantage in punching power and size going for him.

Joshua (24-2, 22 KOs) will need to use his power & size to get Usyk out of there in the first six rounds because it could end badly for him.

“I think they both look laser-focused. Usyk looks really in the moment,” said David Diamante to Fight Hub TV. “I think what’s going on with his country has taken his focus to another, if that’s possible because we saw what he did through the cruiserweight division. It was just amazing.

“He’s that type of guy. He’s laid back, he’s funny, but when it comes to his business and his work, he’s laser-focused, but now it’s like he’s on another level.

“AJ, it’s the same type of situation. He’s extremely focused. He’s got a new trainer, a new attitude, and he just can’t wait to get in there and do the business on Saturday.

“This is what we love. Two freight trains coming head to head for the unified heavyweight championship of the world. It doesn’t get much better.

“I think the fight is already won or lost in your training, especially guys at this level. You might have a little bit of an edge. Usyk has so much in this fight because he’s not just fighting for himself. It’s really for a whole country at this point. I think that’s a big deal.

“It depends because you have a guy like Usyk who is a master boxer. So you’ve got to work on your timing,” said Diamante when told that Joshua and Eddie Hearn want the fight to be over early on Saturday.