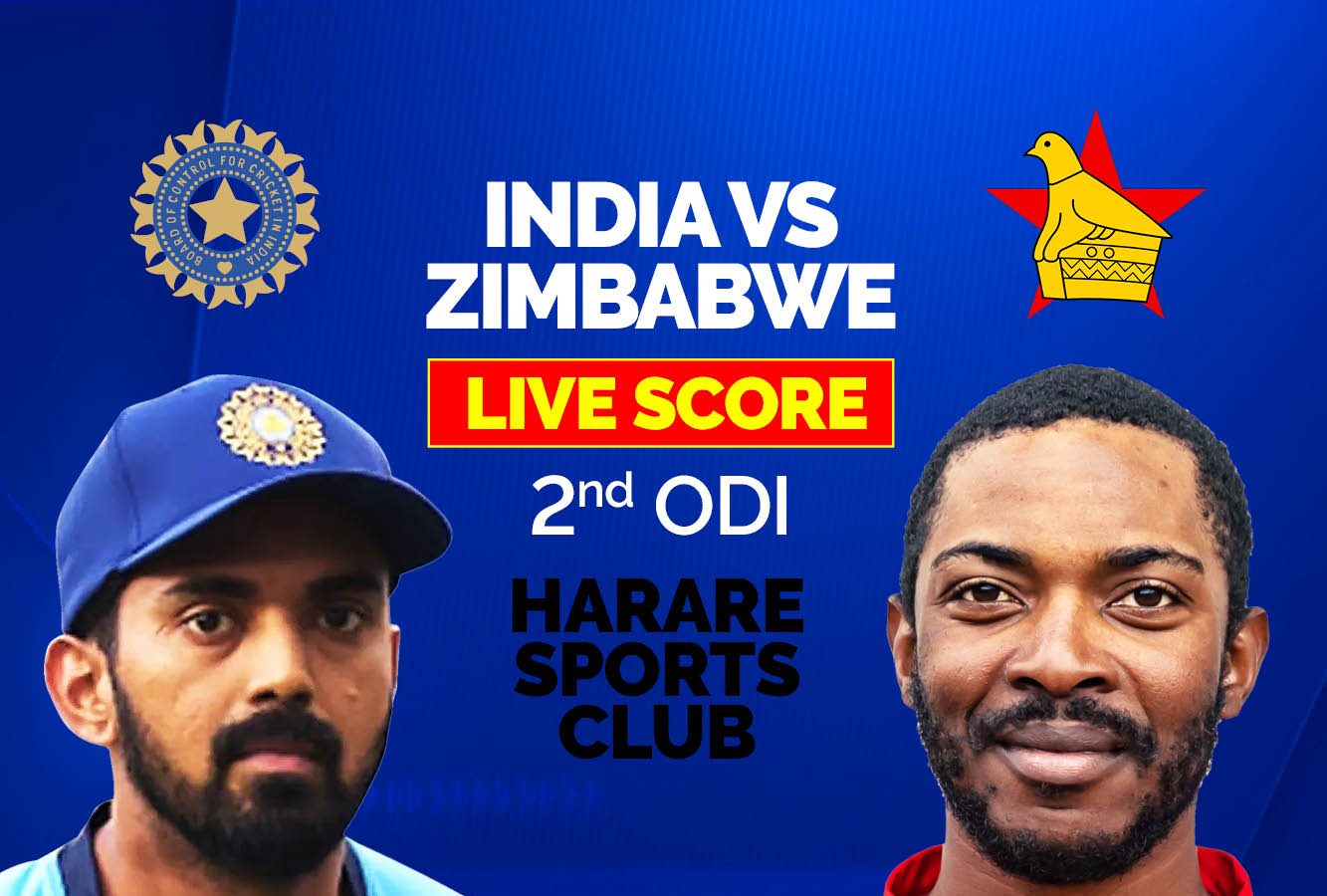 Zimbabwe started well but fared worse than the series opener after being bundled for just 161 in 38.1 overs today. They made a watchful start, not losing a wicket in the first eight overs, trying to blunt the new ball. However, once they lost their first wicket in Takudzwanashe Kaitano, floodgates opened. Soon they lost four wickets for the addition of 11 runs. A decent partnership between Sikandar Raza and Sean Williams followed which was broken by Kuldeep Yadav. Barring Williams (42) and Ryan Burl (39*), no other Zimbabwe batter offered any semblance of a fightback. Shardul Thakur took 3/38 while Mohammed Siraj, Prasidh Krishna, Kuldeep Yadav, Axar Patel and Deepak Hooda took a wicket each.

Earlier, KL Rahul, the India captain, won the toss again and opted to bowl first as his team hopes to close out the series today having taken a 1-0 lead on Thursday. The tourists have made just one change to their eleven with Deepak Chahar sitting out and been replaced by allrounder Shardul Thakur. Zimbabwe, on the other hand, made a couple of changes bringing in Takudzwanashe Kaitano and Tanaka Chivanga for this must-win clash.

After hammering Zimbabwe by 10 wickets in the series opener, KL Rahul & Co will eye to clinch the series when they lock horns with the hosts in the 2nd ODI on Saturday at the Harare Sports Club. The previous encounter witnessed a phenomenal comeback of speedster Deepak Chahar who returned figures of 3 for 27 in 7 overs to bag the Player of the Match award. He opened the gateway of wickets by removing the opening duo of Innocent Kaia and Tadiwanashe Marumani, followed by Wessley Madhevere. Prasidh Krishna and Axar Patel also picked 3 wickets apiece, helping India bowl out the hosts for a paltry 189.

India will enter the contest in confidence, but Zimbabwe have developed the habit of making stunning comebacks, especially against Asian countries. They have recently defeated Bangladesh in 3 T20Is and as many ODIs and that factor cannot be overlooked.

As India and Zimbabwe square off against each other in Harare, here are some important details about the 2nd T20I

What date second ODI match between India (IND) and Zimbabwe (ZIM) will be played?

The second ODI match between India and Zimbabwe will take place on August 20, Sunday.

Where will the second ODI match between India (IND) vs Zimbabwe (ZIM) be played?

The second ODI match between India and Zimbabwe will be played at the Harare Sports Club.

What time will the second ODI match between India (IND) vs Zimbabwe (ZIM) begin?

The second ODI match between India and Zimbabwe will begin at 12:45 pm IST.

India vs Zimbabwe second ODI match will be televised on Sony Sports Network in India.

How do I watch the live streaming of the India (IND) vs Zimbabwe (ZIM) second ODI match?

India vs Zimbabwe second ODI match is available to be streamed live on the SonyLIV app and website.