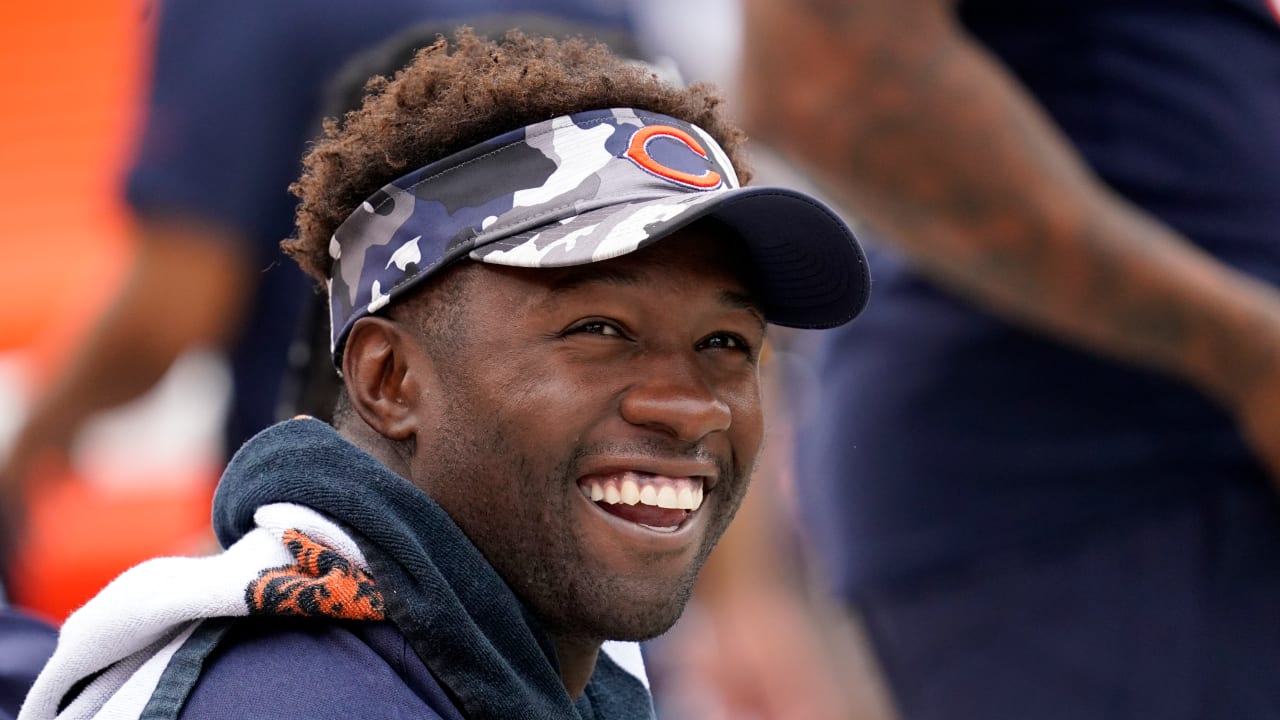 The good news for the Chicago Bears is that LB Roquan Smith has returned to practice.

“We were super excited about that with him,” head coach Matt Eberflus told reporters following Saturday’s session. “He did individual today. He’s in a ramp-up phase to get back to action. All along he’s been conditioning with the strength staff on the side. He’s doing good there, so now we’re just ramping him up to play football. There’s a process to that and we’re in that process right now.”

The bad? He’s still at odds with the team for a new contract as he prepares to play the final year of his rookie deal.

“There’s no more offers at this time, and I don’t think there will be during the season,” Smith said. “My focus has shifted to the season, so that’s what I’m focused on right now. It’s been an amazing four years and, hey, five, why not make it special? So, that’s my plan. … My full intention is to play this season and whatever happens happens. Whatever it is I have to go through this season, I’ll do it chin up, chest out, sunsets, no regrets.”

The negotiations between the Bears and Smith were difficult and emotional — the linebacker called the process “distasteful” — and, for now, are at an end as the focus moves to the season ahead.

Still, Smith’s return to the field — Saturday’s practice was his first during camp — is a mildly positive development for the new Bears coaching staff. Two weeks ago, Smith requested a trade after he felt new general manager Ryan Poles wronged him with the team’s take-it-or-leave-it contract offer.

Poles hasn’t publicly changed his stance of wanting Smith signed long term, although the first-year GM did say that he’d do whatever was necessary to help the team if Smith and the Bears can’t find common ground.

Complicating matters is the fact that Smith doesn’t have an agent and is representing himself. Another high-profile NFL player without an agent or a long-term extension is Ravens QB Lamar Jackson.

After Smith requested a trade and publicly aired the dirty laundry of the negotiations, the Bears removed him from the physically unable to perform list. Some felt doing so meant the Bears were playing hardball with Smith, who had to return to practice or run the risk of facing fines. Smith said Saturday that he has not been fined since coming off the PUP list.

Smith, 25, has started 59 games (61 total) over his four NFL seasons, registering five interceptions (one pick-six), 14 sacks and 524 tackles (43 of them for losses). He also was named a second-team All Pro each of the past two seasons.

“It’s my last year of my deal, and, hey, I’m just gonna take it, run with it, bet on myself like I’ve always done,” Smith said.