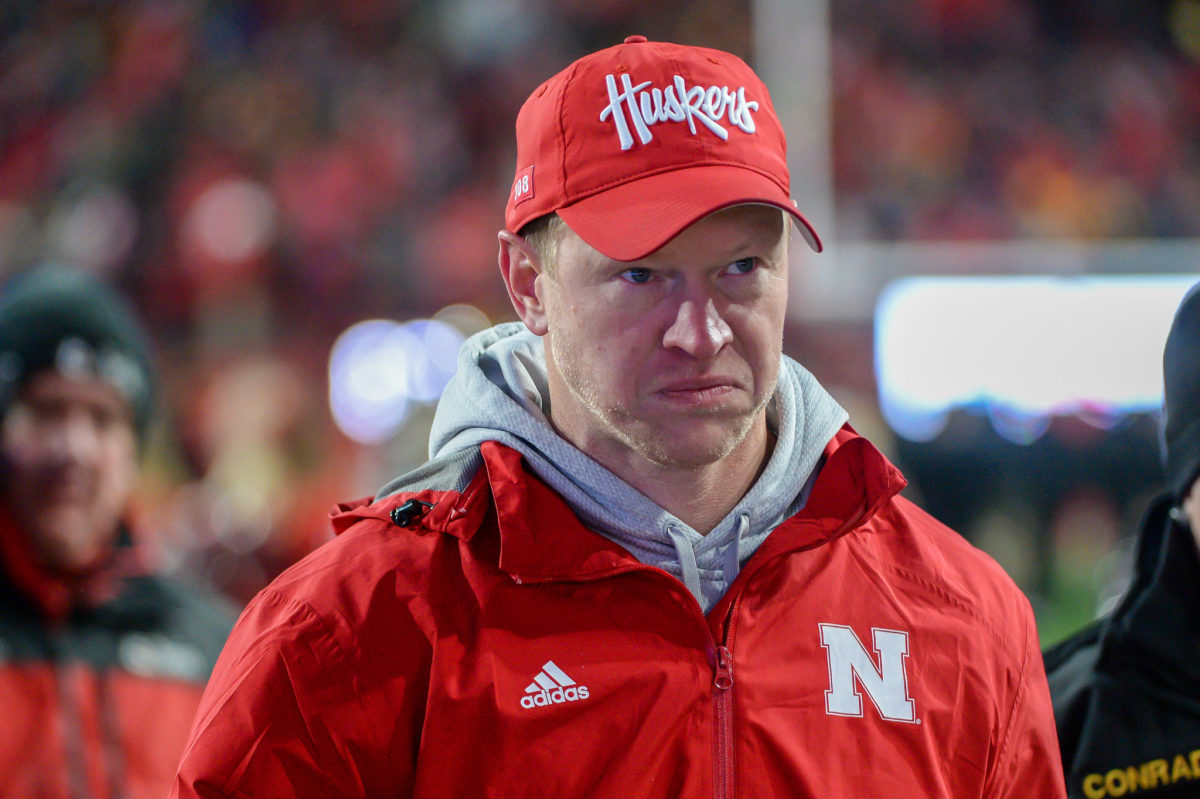 Frost, who could have been exaggerating, said that his offensive linemen have been throwing up 15-20 times per practice under the new regime.

“He’s coaching them hard,” Frost said of new assistant coach Donovan Raiola. “And it’s not because they’re not in shape – he’s just working them hard. I think they love it. He’s kind of freed them up to go be aggressive and I love the way they’re coming off the ball.”

Frost, who’s entering a make-or-break year at Nebraska, is likely happy with the new feistiness of his offensive line.

However, players throwing up multiple times a practice is nothing to joke about. We’ve seen multiple players dying of heat exhaustion over the years.

Frost was criticized pretty heavily on social media for his admission.

Frost, though, was probably just being hyperbolic about something he’s excited about.

Hopefully Frost was just joking. If not, it’s something that should be looked into.

Nebraska is set to open the 2022 season on Saturday against Northwestern.