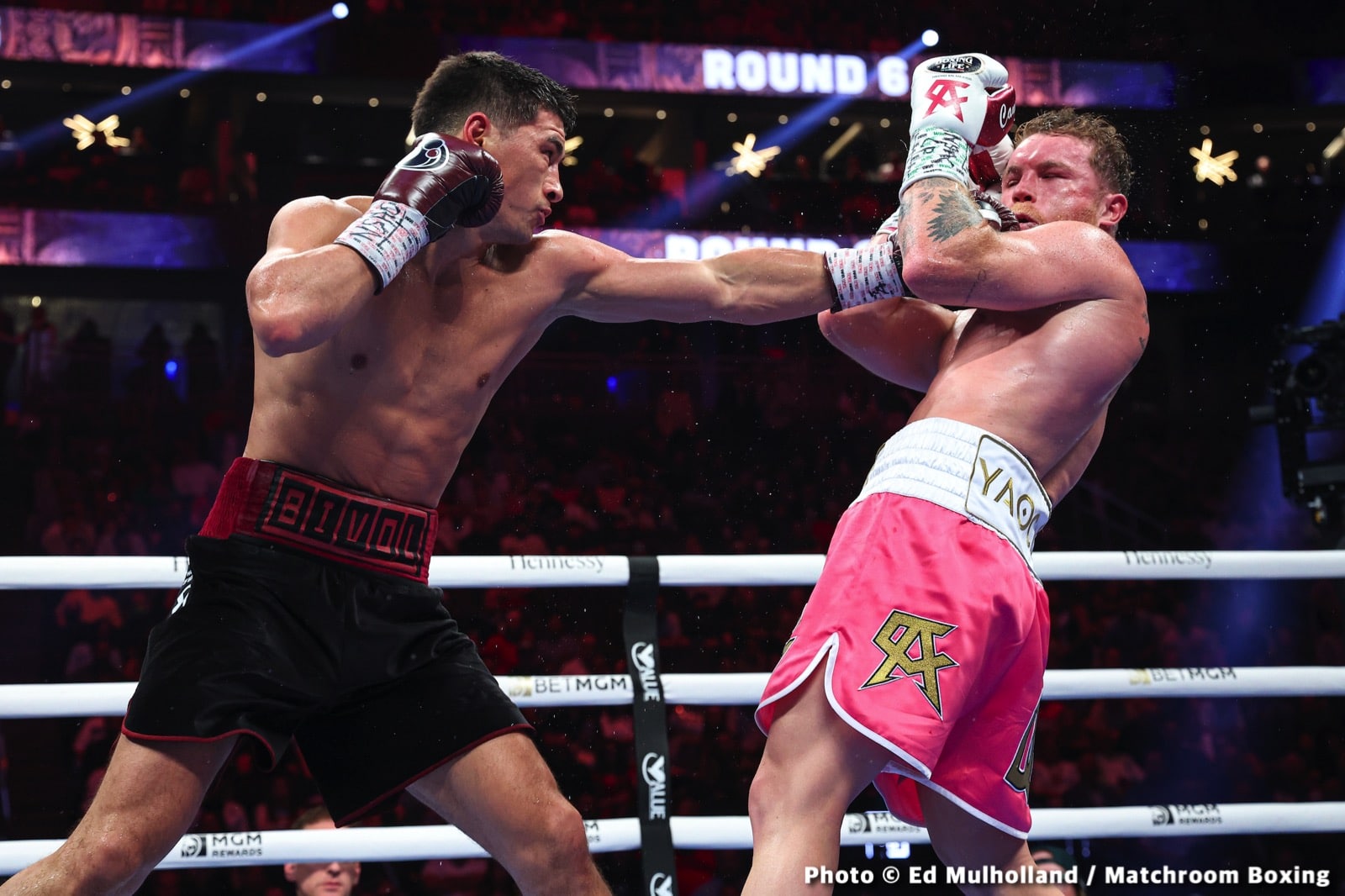 By Dan Ambrose: WBA light heavyweight champion Dmitry Bivol and his mandatory challenger Gilberto ‘Zurdo’ Ramirez have agreed to a deal to fight on November 5th in the United Arab Emirates. As such, the purse bid that was scheduled for today has been canceled.

Fans wanted to see Bivol fight for the undisputed 175-lb championship against unified champion Artur Beterbiev or face Canelo Alvarez in a rematch.

Ramirez, 31, hasn’t done much since moving up to 175 in 2019 and focused on beating middle-of-the-road fodder-level opposition to pad his record.

The way Zurdo Ramirez looked in his last fight against Boesel, his only chance of beating Bivol is if he suddenly suffers a bad injury during the fight. Aside from that, this is a military-style massacre waiting to happen.

Ramirez rehydrated to an absurd 203 lbs for his fight against Boesel last June, and he was so incredibly at that weight that was troubling to watch.

Whatever talent that Ramirez once had when he campaigned at 168, it’s gone due to his deteriorating hand & foot speed. As fighters get older, they lose hand speed, but they worsen the problem when they bulk up, as Ramirez has done.

Ramirez should be fighting at cruiserweight at this point in his career because when you rehydrate as much as he did for his fight against Boesel, that tells you that you need to be fighting in another weight class.

Ramirez almost gained back 30 lbs in going from 174 to 203 lbs. The thing is, he didn’t look fat at the weight. He was just painfully slow and looked like a fighter that had packed on too much weight after rehydrating.

Bivol is coming off a career-best win over Canelo Alvarez last May in Las Vegas. Canelo had talked about wanting an immediate rematch with Bivol, but after thinking it over, he went in the easier direction by taking the trilogy match against 40-year-old Gennadiy Golovkin on September 17th.

Some believe that Canelo will skip the rematch with Bivol altogether next year and choose to avoid it permanently.

The World Boxing Association (WBA) auction between Dmitry Bivol (@bivol_d) and Gilberto Ramírez (@ZurdoRamirezz), due to be held on today, was suspended because both sides reached an agreement to fight on November 5 in United Arab Emirates