Dustin May strong in return from Tommy John surgery 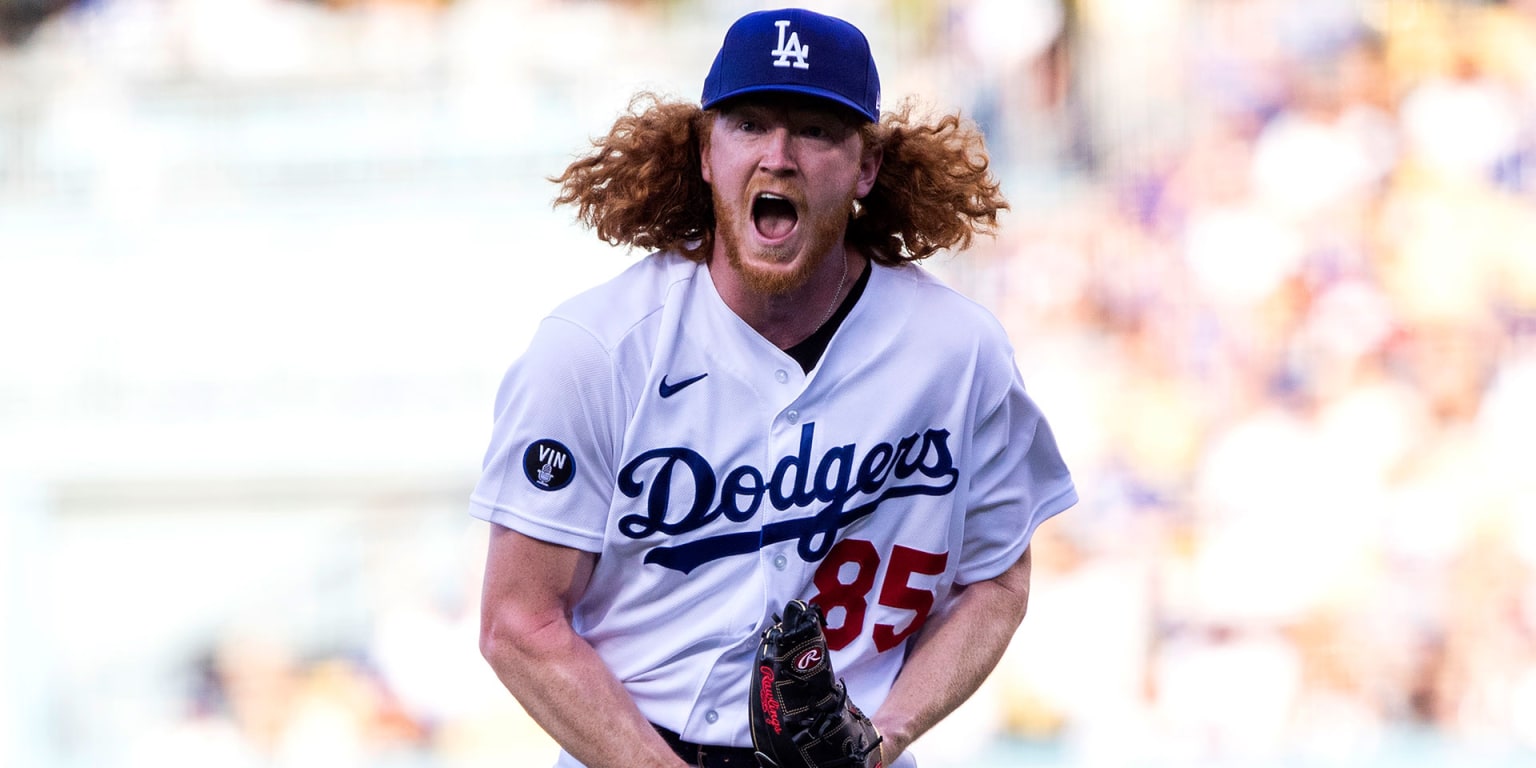 LOS ANGELES — The Dodgers already had what was quite arguably the best starting rotation in baseball this year.

Dustin May’s electric 2022 debut on Saturday night at Dodger Stadium — 476 days since his last Major League start — proved that even the best can get better.

In his return from the Tommy John surgery he underwent in May 2021, May baffled Marlins hitters over five scoreless innings of L.A.’s 7-0 victory. May struck out nine — one shy of his career high — while limiting Miami to a walk and one hit, all of which came in the first inning. Just one batter managed to put a ball in play out of the infield against him.

A clearly amped-up May got off to a shaky start, laboring through a top of the first in which 14 of his 26 pitches went for balls. But May’s trademark velocity was very much there, with his sinker touching 98.8 mph and his four-seamer maxing out at 99.2 mph.

May soon found his control, at which point he became untouchable, retiring the last 13 batters he faced. His 40.8 called strike plus whiff rate was his highest in any start in his career.

Still working on getting fully stretched out, May’s 71 pitches came right up against the five-inning/75-pitch limit manager Dave Roberts had in place for him. The timing of May’s return means he’ll have ample opportunity to continue stretching out ahead of the postseason, with the schedule affording him something like nine regular-season starts.