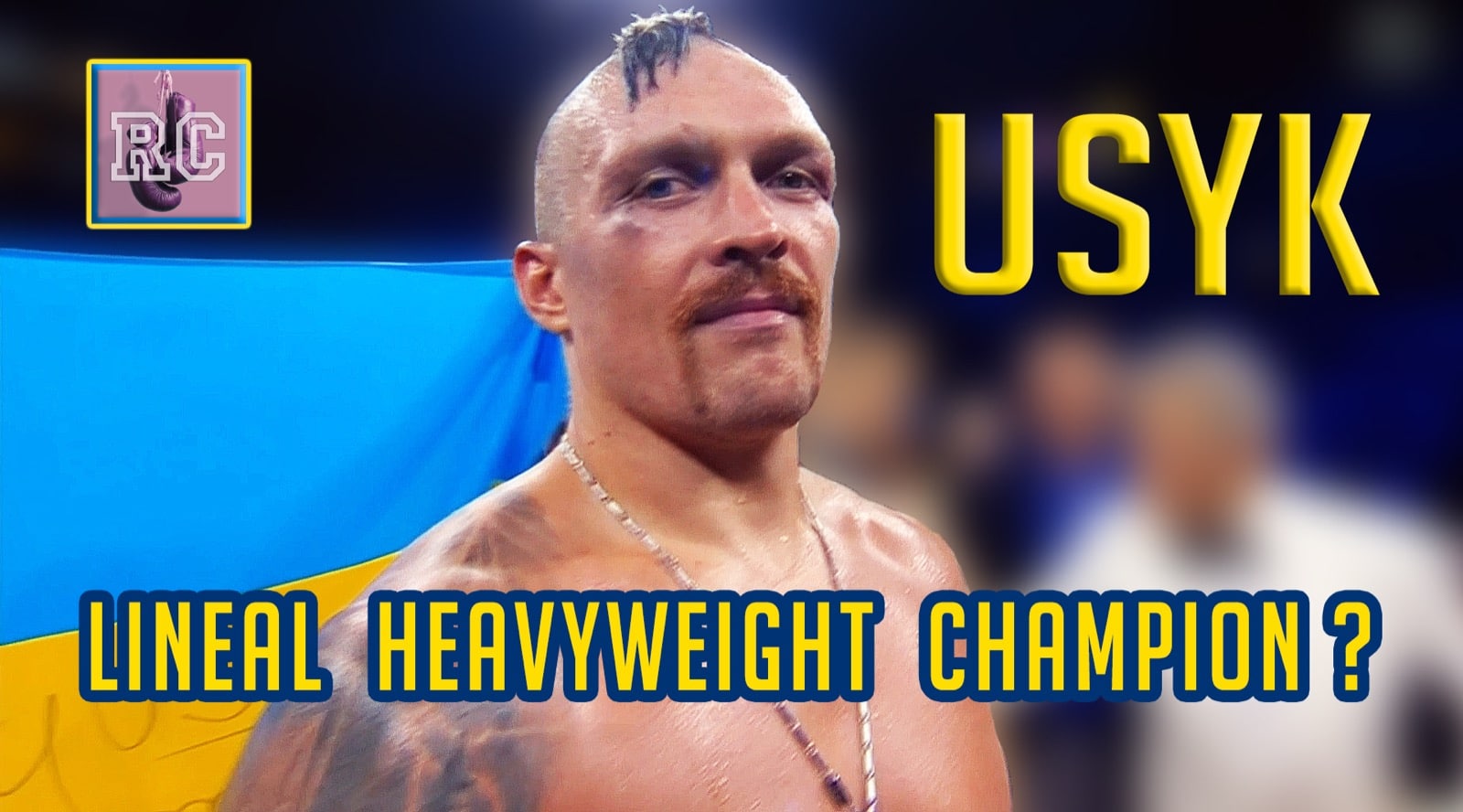 By Geoffrey Ciani: Oleksandr Usyk did it again. After winning a unanimous decision against Anthony Joshua last September to win the unified IBF/WBO/WBA heavyweight championship, Usyk has now made his first title defense in an immediate rematch, this time winning by split decision.

It was a more competitive contest this time around, where AJ made some tactical adjustments and he was focusing more attention downstairs, but at the end of the day it wasn’t enough. Usyk again utilized mesmerizing movement, stellar positioning, and tremendous heart and ring smarts. With the victory, Usyk retained his 3 major world titles, and he was also awarded the Ring Magazine Heavyweight Championship, which typically corresponds with a valid claim to the Lineal Heavyweight Championship.

So that begs the question – Does Oleksandr Usyk have a rightful claim to the Lineal Heavyweight World Championship?

The short answer to that question is possibly, but probably not. The fact is that sometimes it takes time for the dust to settle in order to draw a clearer picture.

All of this really hinges in large part on Tyson Fury’s recent so-called claims of retirement. Historically speaking, retirement isn’t something that automatically ends a lineage, especially in a sport like boxing where retirements can be a little fickle. In the cases where a reigning Lineal Heavyweight World Champion has retired, and then returned, the onus is on the new claimant to solidify his claim as being valid. We have examples of historical precedent.

This edition of Rummy’s Corner will attempt to provide the longer answer to that question, while citing some important historical precedents regarding the heavyweight lineage throughout the long rich history of heavyweight championship boxing. Please watch and enjoy the video for one man’s opinion. This is Rummy’s Corner (produced and narrated by Geoffrey Ciani).