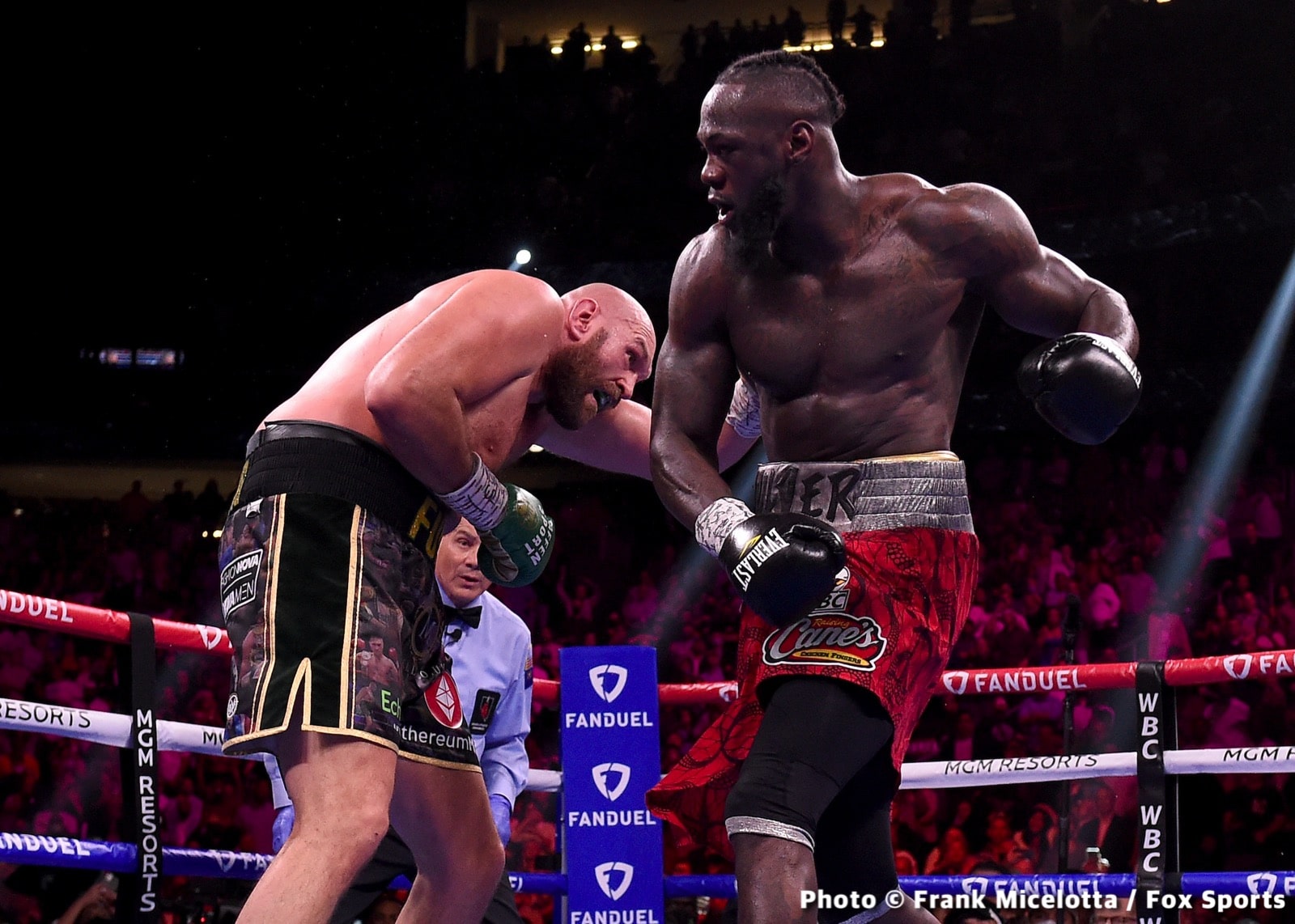 The 36-year-old former WBC heavyweight champion Wilder (42-2-1, 41 KOs) will be returning to the ring from a one-year absence when he faces Robert Helenius (31-3, 20 KOs) on October 15th on FOX Sports pay-per-view at the Barclays Center in Brooklyn, New York.

It’s difficult to take what Wilder says about fighting three times a year seriously, as he hasn’t fought that often since 2015. Wilder generally fights once or sometimes twice a year under ideal circumstances.

The big punching 6’7″ Deontay says his goal is to become the unified heavyweight champion. For that to happen, he’s going to need to target IBF/WBA/WBO champion Oleksandr Usyk once he’s free.

Usyk is expected to fight WBC champion Tyson Fury next for the undisputed championship later this year. What Wilder doesn’t need is for Fury to get his hands on the four belts, as he’s proven to be a difficult opponent for Deontay.

“I only have until I’m 40,” said Deontay Wilder to Fighthype. “I still want to continue my three fights a year. I’m young. I feel great. My pre-training camp has started. I’ve done 253 rounds in 11 days.

“I’ve been here in Vegas with Don House and Malik Scott, JD, and all my team. It’s been a real treat. I haven’t made a decision yet, but most likely, I’ll be in camp,” said Wilder when asked if he’ll attend the September 4th fight between Andy Ruiz Jr and Luis Ortiz.

“You can’t take Robert Helenius lightly. He’s not one of those guys to look over. Many people might have a judgment when looking at him outside of the ring. Look, when you have a man that has a heart of gold and a warrior mindset and a warrior’s heart, it’s unpredictable what they can do.

“You can’t look past a man like that because with that heart; he fears nothing, especially not man. It’s do or die, and that’s what Robert has. He has a do-or-die mentality just like I. So, please, this is not going to be a light fight, and I am not taking it lightly.

“Again, understand; I’ve done 253 rounds in 11 days. It’s really unheard of,” said Wilder about his preparation for his fight against Helenius.