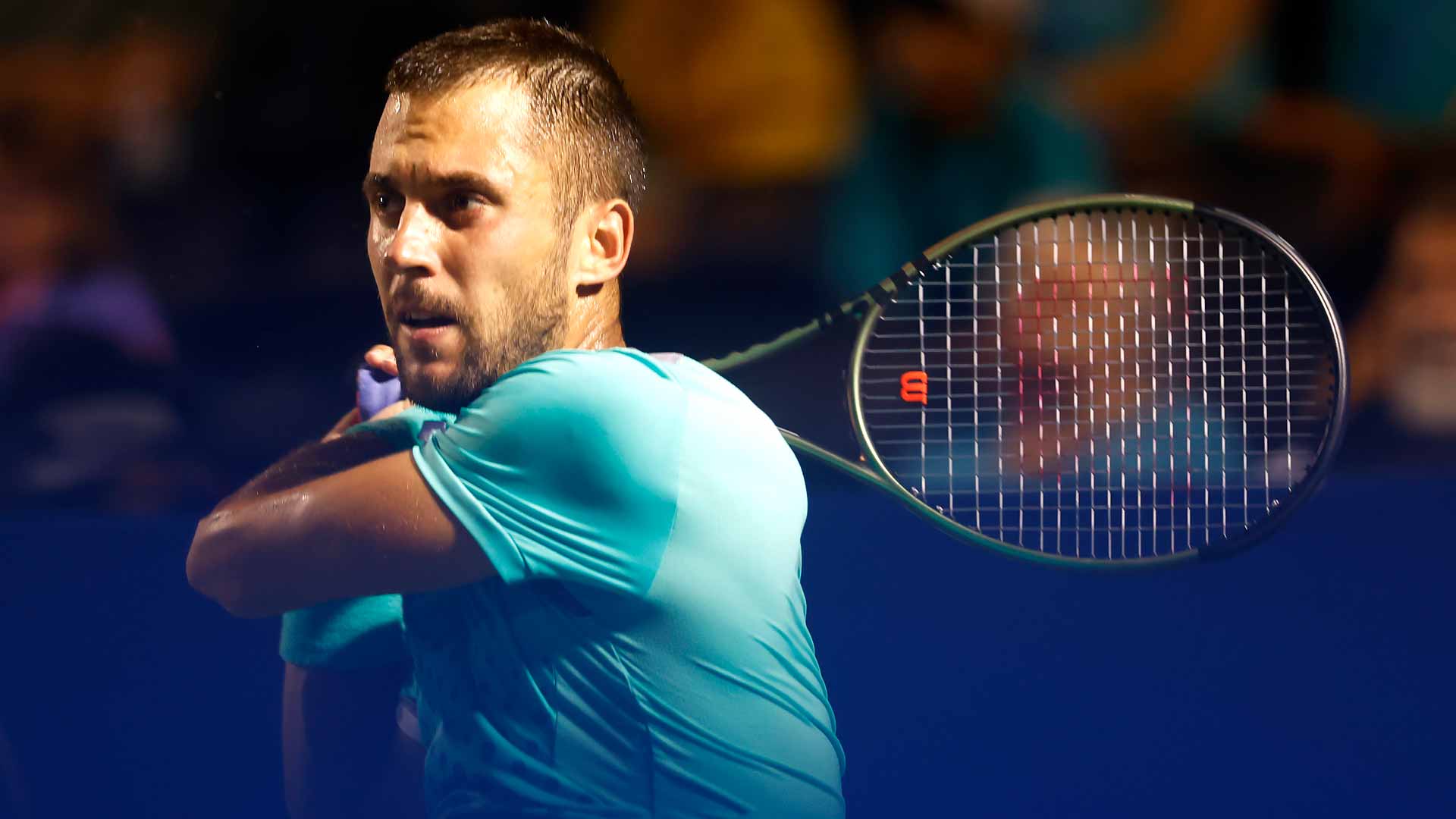 Laslo Djere made a late start to his North American hard-court swing, but you could not tell by his performance on Sunday evening.

In his first match of the swing, the Serbian battled past former Top 10 star David Goffin 6-3, 3-6, 6-3 to reach the second round of the Winston-Salem Open.

“It was difficult. Really humid. We had an interruption at the beginning [due to rain], so it was both physical and mental, I think. I managed to stay calm and I prepared well for this U.S. swing, so my body was feeling right and this definitely helped me to push through in the tough moments,” Djere said. “I just tried to play point by point, give my best and fight for every point.”

Djere converted four of his 10 break points to earn a clash against 16th seed Joao Sousa.

In other action, former World No. 7 Richard Gasquet advanced past Kamil Majchrzak 6-7(5), 6-2, 1-0 when the Polish player retired. The Frenchman will next take on fifth seed Lorenzo Musetti.

It will be the first ATP Head2Head meeting between the players, both of whom hit a one-handed backhand.

South Korean Soonwoo Kwon also moved on when he ousted German Daniel Altmaier 6-1, 6-4. The 24-year-old will play Australian qualifier Jason Kubler in the second round.