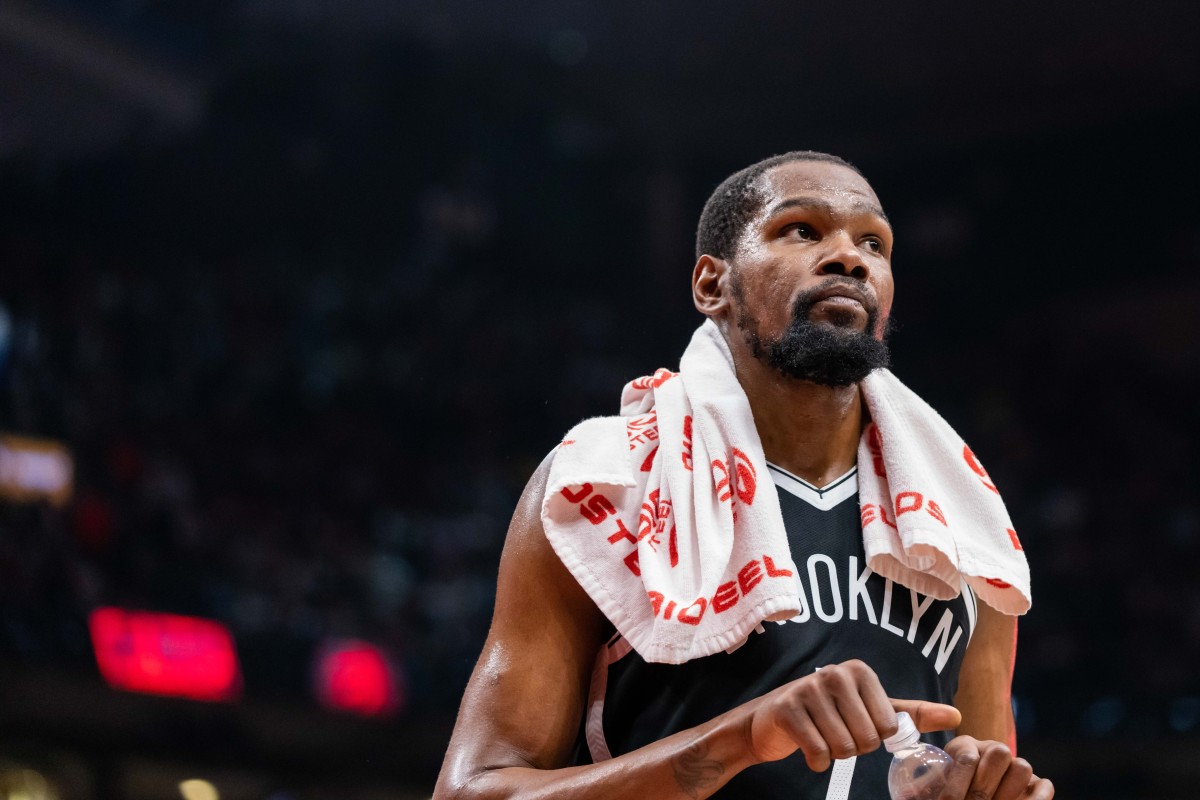 Bleacher Report had posted a video (via capturedbymatt_/IG) of Durant at a charity softball game in Portland.

Bleacher Report wrote: “KD made a stop in Portland to play in a charity softball game Man of the people (via capturedbymatt_/IG)”

The former Texas star just finished up his 14th season playing in the NBA, and second for the Nets.

He signed with the Nets in the summer of 2019, but missed the first season due to injury.

This past season, he averaged 29.9 points on over 51% shooting from the field, and he also dished out a career-high 6.4 assists per game.

However, the Nets were the seventh seed in the Eastern Conference, and they got swept in the first-round of the NBA Playoffs by Jayson Tatum and the Boston Celtics.

Over the offseason, Durant’s future with the Nets has become unclear.

Recently, Shams Charania of The Athletic had a very big report about Durant and a meeting with Nets’ owner Joe Tsai.

Charania on August 8: “In a meeting with Nets owner Joe Tsai, Kevin Durant reiterated his trade request and informed Tsai that Tsai needs to choose between Durant or the pairing of general manager Sean Marks and coach Steve Nash, sources say.”

In addition to the Nets, the 2014 MVP (and two-time NBA Champion) has also played for the Golden State Warriors and Oklahoma City Thunder.