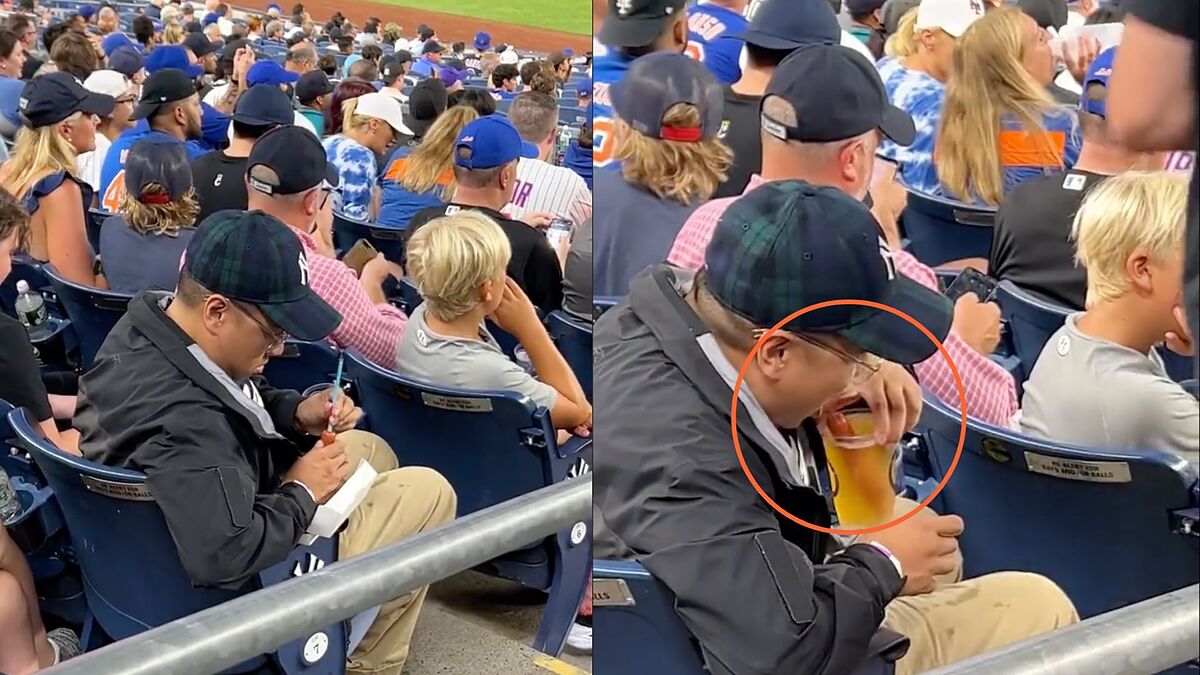 Why he would do this? Only he knows. A video depicting a Yankees fan drinking beer in the strangest way possible has gone viral. It happened during Mets @ Yankees at Yankee Stadium on Monday. The fan in question decided to convert his hot dog into a straw, and then proceeded to dip it in the beer and sip it using his newfound sausage-straw.

So… many… questions. As if using a straw to drink beer wasn’t strange enough, using the straw as a hole-punch for the sausage really took everything to a new level.

Reactions were pretty one-sided. “Life sentence, no parole”, reads the caption of the viral post. “Leave my man alone. He will probably create the next Tesla“, another user replied. “Does bro know he’s in public?”, one Mets fan commented. At the time of this article, the video has averaged over 1,500 retweets per hour.

Despite this fan’s actions, the Yankees were able to beat the Mets 2-4 in their classic inner-city rivalry matchup. And, on top of that, they are still leading the NL East with a 74-48 record.