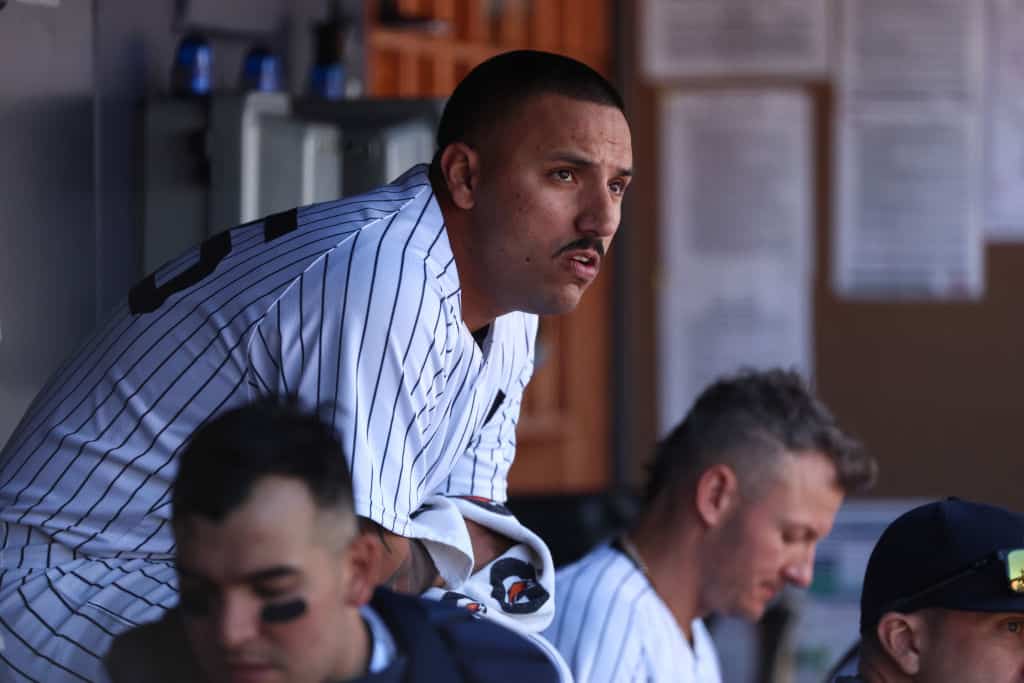 The funky left-hander strained his groin in recent days, forcing the Yankees to send him to the IL.

Cortes was scheduled to pitch the third game of the Yanks’ four-game weekend series against the Oakland Athletics, but those plans are now out the window.

The All-Star has been a key cog in the Yanks’ pitching staff all year long; and while he hasn’t been able to maintain a sub-2.00 ERA like he did in the first month of the campaign, he has been consistent and dependable.

After tossing six one-run innings in his last turn against the Toronto Blue Jays last week, his ERA stands at 2.68.

The Yankees hope he can be back upon his 15 days are up.

When it comes to taking his place in the rotation, the obvious candidate is right-hander Clarke Schmidt.

Nestor Cortes has a groin injury that will necessitate an IL stint as @lindseyadler 1st reported. The Yankees are hopeful he will return in September without a long IL stint. This is why Weissert is joining the team. I suspect Clarke Schmidt will go to the rotation.

Fans Are Disappointed Cortes Won’t Be Around For A While

Yankees fans are obviously disappointed to hear that one of their most beloved pitchers won’t be on the mound for a while.

Some of them, however, have received the news with humor.

me reading the news that Nestor Cortes Jr is heading to the IL pic.twitter.com/BrQhe6bwRG

Others, like sports researcher James Smyth, are wondering whether Cortes will be able to beat the expected two-three week timeline for typical groin strains.

Scanning the 2022 MLB IL, most groin strains are a 2-3 week thing, hopefully it’s not too serious https://t.co/PCZfbIaGdq

Others suggest that Cortes and fellow Yankees pitcher Clay Holmes were put on the injured list so that the team could manage their workload with an eye on being fresh for the playoffs.

In any case, the Yankees will miss Cortes for as long as he is out, as he has developed into one of the best pitchers in the American League in the last two seasons.

Hopefully, it’s nothing too serious.