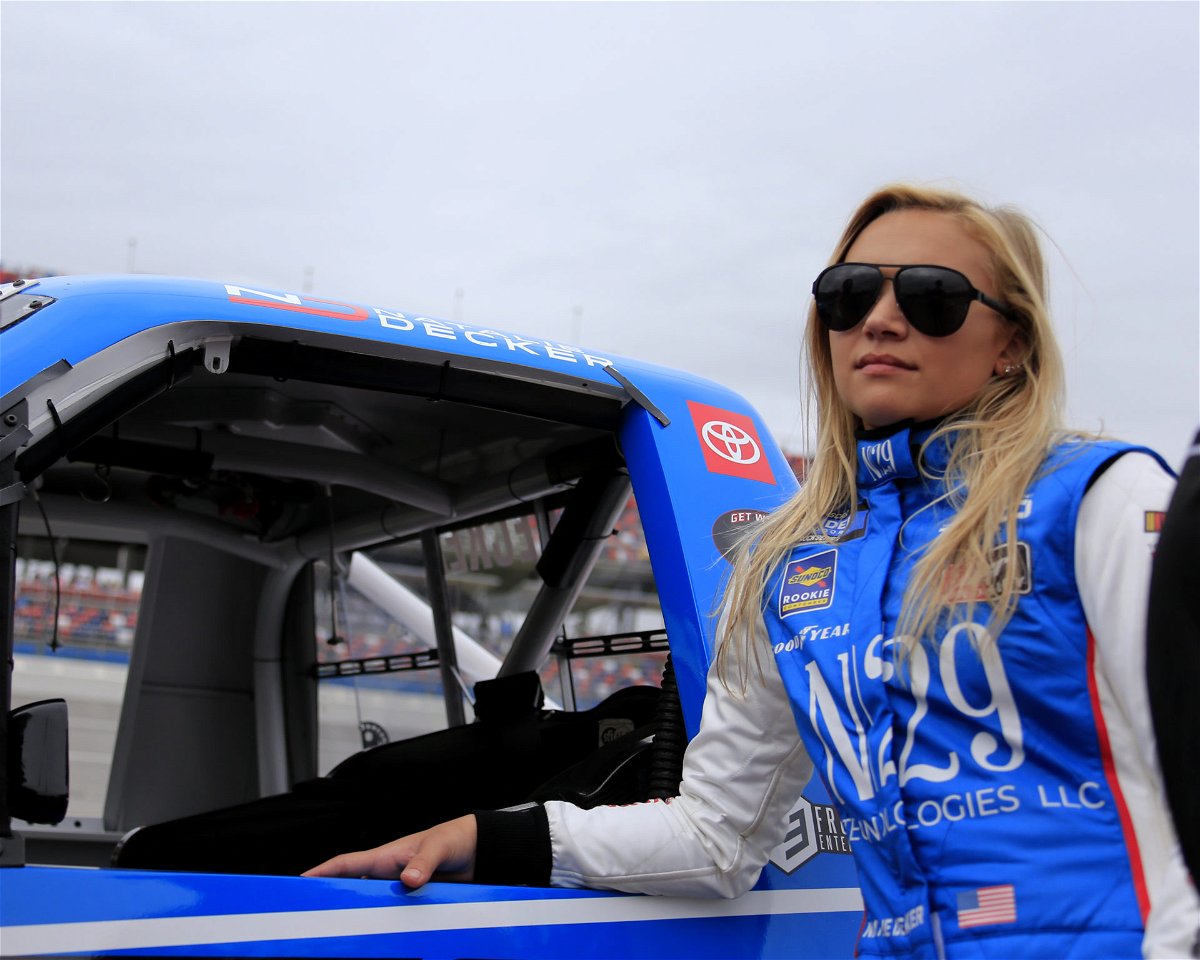 Natalie Decker was all but set to make her sixth NASCAR Xfinity Series start at Daytona International Speedway in the coming weekend. But unfortunately for her and her fans, she won’t be taking part in the race. Even though her name was on the entry list of the race participants.

This is so because Decker’s sponsor, Diesel Beverages, failed to clear NASCAR’s approval process and as a result, Decker’s seat will be filled by Patrick Emerling in the Xfinity Series race.

Naturally, a lot of NASCAR fans empathized with Decker while a few felt sorry for her and thanked her for the update, as they advised her to keep her head high for more opportunities, which will surely come her way in the future.

Gotta love NASCAR impeding sponsorships so they can “test” the product. And they have such an excellent track record with testing for substances 😒. Probably should just ask Brian France if he drinks it or not…

Daytona has been unlucky for ya this year 😕 Looks like a cool looking car so hopefully it’s on the track real soon! 😎

Thanks for the update. I was wondering why it had changed. Hope to see you on the track soon.

Thanks so much for the update. Looking forward to you being back on track soon. 👍🏁

Natalie Decker is the face of NASCAR’s ‘Accelerate Her’ program

Earlier this year, NASCAR, in partnership with Busch Light Beer, launched the ‘Accelerate Her’ program, which was aimed at promoting female drivers. And among those drivers, perhaps the most famous and in some ways, the face of the program, is Natalie Decker.

Speaking about Decker’s role in the marketing side of the campaign, Krystyn Stowe, head of marketing, Busch Family Brands, Anheuser-Busch InBev, emphasized how she could be a big asset.

“Natalie’s now like this huge role model, this face to inspire future women to come into the sport and being able to shine a light on that and get more eyes on her and our other drivers,” she said.

“I think ultimately is just going to help move the sport overall.”

Decker herself reciprocates the opportunities and avenues this program can open up for her and drivers like her. “Busch really is showing us females that are a part of the program and future females that there’s comfort,” she said.

“There’s people there that believe in you, and they want you to succeed.”

WATCH THIS STORY: Daniel Suarez Slams JGR, Who Previously Fired Him, for Kyle Busch Situation Amidst Talks of Replacing Him With “Ok” Ty Gibbs