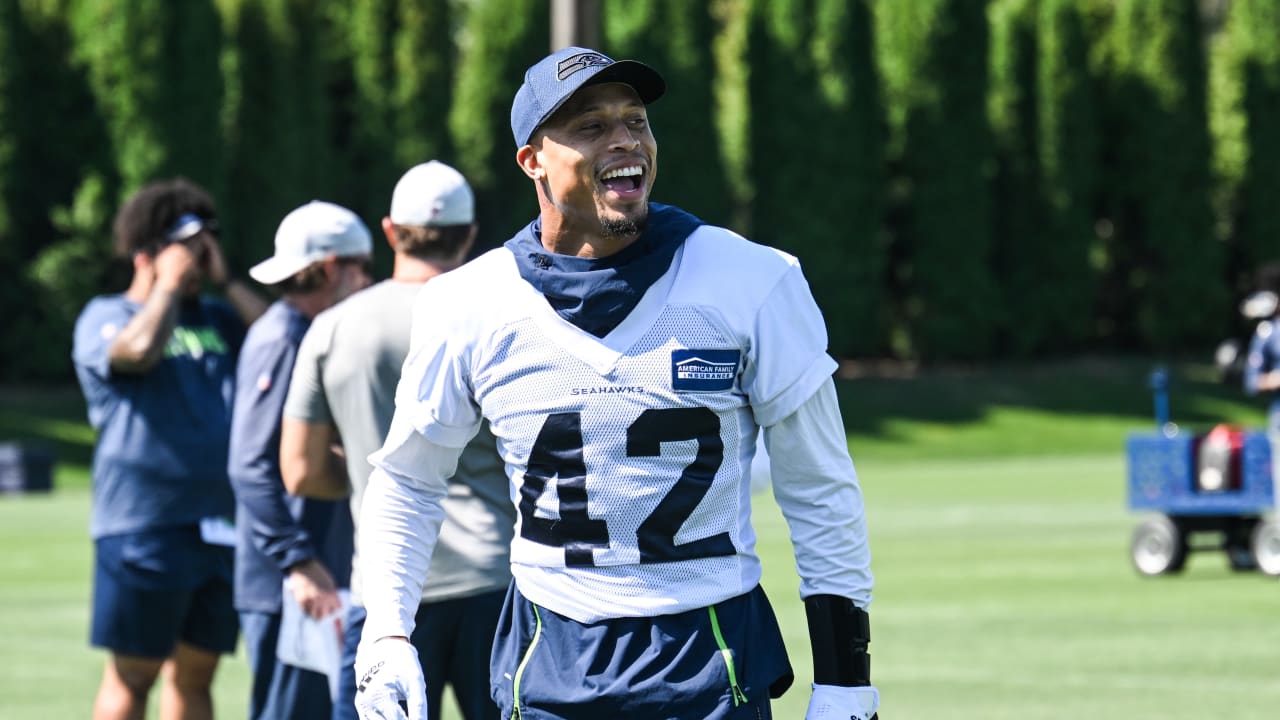 “He’s had a very, very obvious camp,” Seahawks coach Pete Carroll said. “He’s made plays in the running game, in the passing game, he probably has more picks than anyone. He’s playing all of the spots, we’re able to put him all over the place. He’s shown learning ability fine. He’s almost a reborn football player to me. He had some issues over the years that things didn’t work out, not serious issues, but stuff that it just didn’t work in the places he was at. We came here and we gave him a clean slate and said ‘Start all over. I don’t care what happened before, we’re starting all over. You have a fresh start here and let’s go.’ I think he was a second-round pick. He’s really fast, he’s 220 pounds, something like that, and he’s made hits, he’s made plays on the ball, he’s fit in the running game, he’s covered guys. So, he’s been really important. It’s been a big opportunity for him with Ryan Neal not out there, and he’s taking advantage of that.”

As Jones himself said, maturity, or lack thereof, was part of why things didn’t work out, but there were also undisclosed-at-the time health issues at play, a thyroid condition that led to Jones eventually having his thyroid removed last year. All of those issues led to Jones’ career getting off to a slow start, but he has no regrets about how things have played out, because those struggles helped him get to where he is now.

“The thyroid, that played a huge role. No one really knew what I was dealing with in Green Bay. I didn’t really speak on that. I kind of just went through it. That played a huge role in everything, but I feel great. I got it removed a year ago, so body-wise, I’m connected in all areas.”

When Jones arrived in Seattle, some of the earliest conversations he had with his new head coach were about him getting a fresh start with neither him nor the team taking into consideration all the factors that led to him bouncing around the league during his first five seasons.