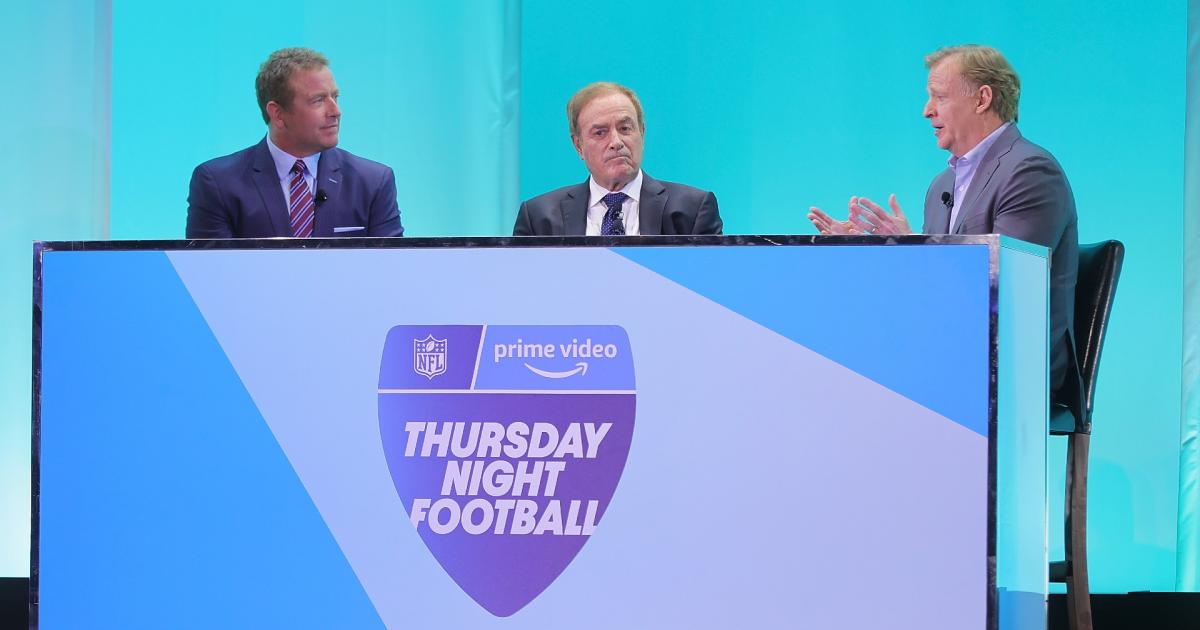 Texans vs. 49ers was not a particularly thrilling game, which made it the perfect initial test for Amazon’s “Thursday Night Football” production.

The broadcast featured an eclectic grouping of personalities: Al Michaels and Kirk Herbstreit in the booth; Charissa Thompson, Richard Sherman, Tony Gonzalez and Ryan Fitzpatrick on the desk; Kaylee Hartung on the sidelines; and Andrew Whitworth, Taylor Rooks and Michael Smith as contributors and reporters.

While the cast members could have easily clashed, the chemistry and professionalism was sharp, the video quality was outstanding, and the screen was mostly free from (mandatory) visual clutter.

There was, however, one major problem on the broadcast: the audio and video were not synced up, and the difference was egregious.

MORE: Everything to know about Amazon’s NFL coverage in 2022

At times, there was up to a three-second span between the picture and the audio, which is problematic when viewers are hearing the whistle blow seconds before a play is over.

It was also particularly noticeable when Amazon cut to its personalities’ faces. Their lips were completely out of sync (and often the next person would start talking while the video was catching up).

Several watchers online seemed to have issues with the stream.

It’s not especially weird to watch the @NFLonPrime — I watch a lot of stuff on Amazon Prime (though currently my sound and picture are out of sync, which is annoying). What is weird is hearing Al Michaels call the game with Kirk Herbstreit.

Other fans had more colorful language to describe the A/V issues.

Technical bugs aside, however, the reviews were largely positive, with many noting the professionalism of the broadcast for it being Amazon’s first outing.

I know that this is exactly what Amazon was shooting for, but so far the production for TNF feels like a cross between SNF and the A-crew for CFB on ESPN.

And I mean that in the best possible way. This has been a very good first outing.

Pregame: A
Score bug: A+
Broadcast team: A+

It actually feels like Amazon and not just another TNF game from NFLN with Fox/CBS/NBC.

The bottom line is that the debut wasn’t perfect, but with Michaels and Herbstreit, Amazon has the makings of a very good booth. If it can sort out the technical difficulties, it’s hard to imagine its first season as a major NFL carrier being anything but a success.