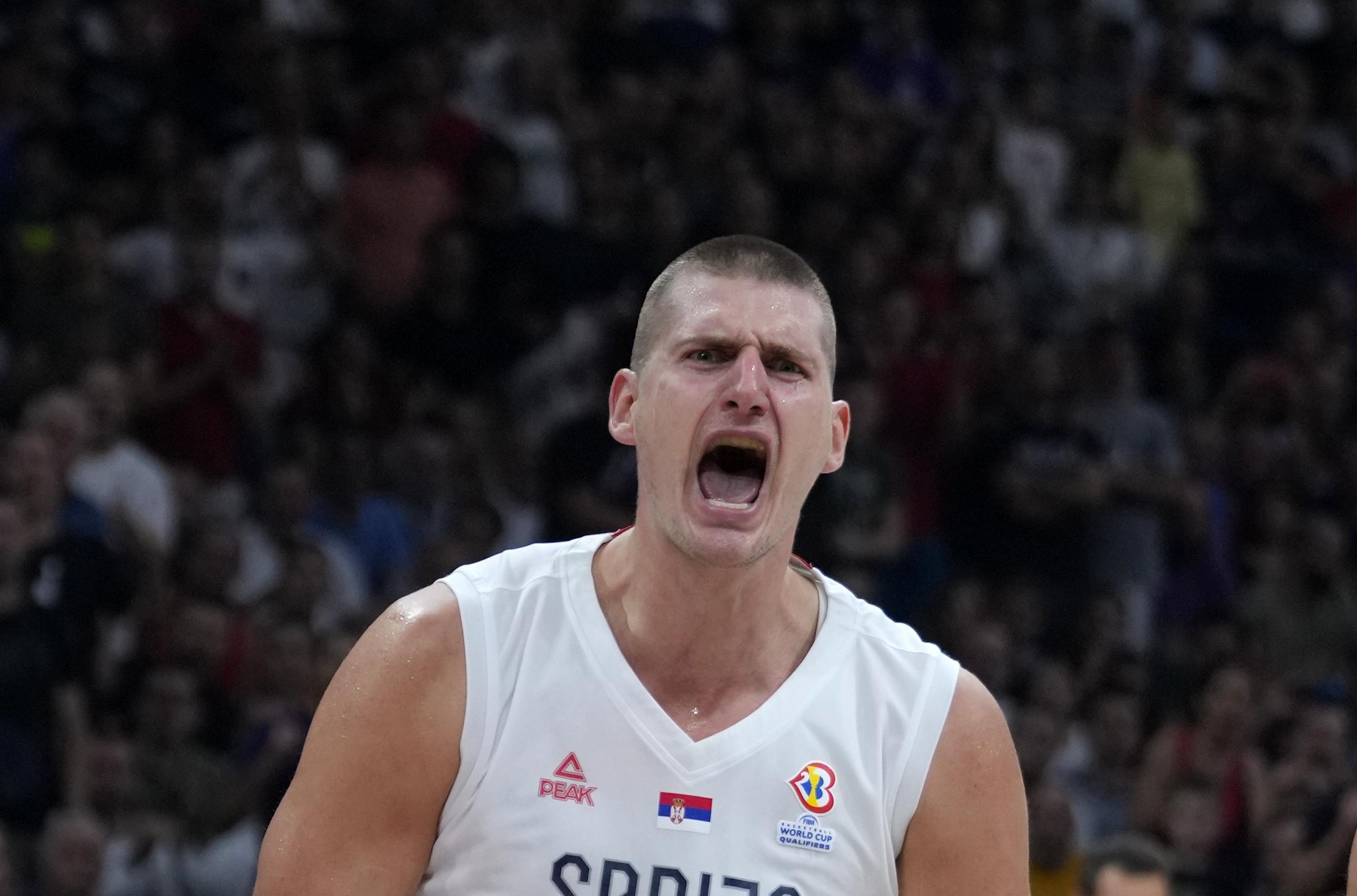 BELGRADE, Serbia (AP) — In the battle of two back-to-back NBA MVPs, it was Nikola Jokic who prevailed over Giannis Antetokounmpo.

Jokic’s Serbia had to fight hard for a 100-94 overtime victory against Antetokounmpo’s Greece in a World Cup qualifier on Thursday night in front of a 20,000 home crowd.

“Very hard and interesting game,” Jokic said afterward. “Thanks to our fans. They were our sixth player.”

When Jokic last year refused to play for the Serbian national team he quickly turned from a national hero into a villain. The match Thursday marked his return to popularity.

The two NBA superstars had a long chat on court during the pre-game warmup with good-natured exchanges during the game itself.

Tennis great Novak Djokovic was among the spectators. Both Jokic and Antetokounmpo spoke briefly to Djokovic who on Thursday announced he will not play in the U.S. Open because he is not vaccinated against COVID-19 and thus is not allowed to travel to the United States.

Jokic scored two consecutive baskets in overtime to give Serbia a six-point lead (95-89) with 2:57 left. Jokic also scored an impressive 3-pointer over Antetokounmpo in the final minutes of regular time.

Antetokounmpo had a career high for the Greek national team with 40 points. Jokic scored 29.

Serbia faces Turkey and Greece takes on Belgium in their next World Cup qualifiers.