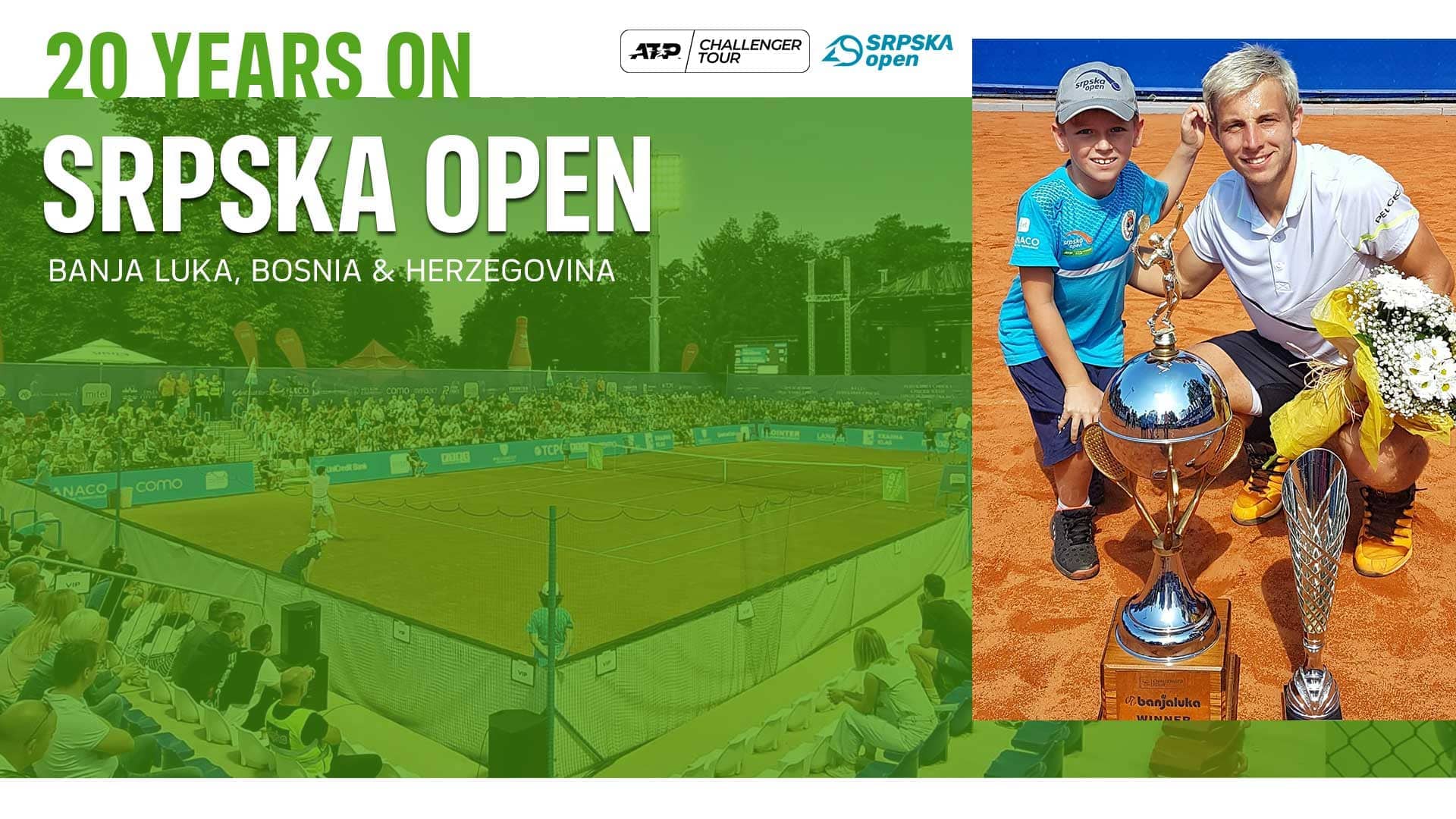 The ability to watch world-class tennis in a smaller, more intimate setting is one of the core pillars of tennis on the ATP Challenger Tour. That is, witnessing a player’s journey as he fights to establish a career away from the big cities and the bright lights.

It is precisely what makes the Challenger circuit so special to these communities and regions in all corners of the globe. And when that tournament is the lone professional tennis event in the entire country, it provides an additional unique layer to its charm that is unmatched. This is where the city of Banja Luka, Bosnia & Herzegovina, has carved its own identity on the ATP Challenger Tour for the last two decades.

This week, the Srpska Open was honoured for 20 years on the ATP Challenger Tour. Not only is it the longest-running men’s professional tennis tournament in all of Bosnia & Herzegovina, but also the entire Balkan region in southeast Europe. With a population centre of just 138,000, Banja Luka is also one of the smallest cities to host a Challenger tournament for 20 or more years.

It was in 2002 that Milan Radakovic had a vision for the future of tennis in his native Banja Luka. Never before did his city or his country host a tournament of this caliber on the ATP Challenger Tour. But this was Milan’s dream. To bring elite tennis to Bosnia & Herzegovina. Not only did he achieve that very goal, but here we are more than two decades later, and his dream is still being realized.

In 2017, Radakovic passed away at the age of 61, and while he is no longer with us, the light behind his vision burns brighter than ever. He would be proud to witness this moment, as the very tournament he founded celebrates its 20th anniversary on the ATP Challenger Tour. The Srpska Open was honoured on Thursday, with a special ceremony in front of the Bosnian faithful on Center Court at the National Tennis Center.

Radakovic poses with Viktor Troicki and Albert Ramos-Vinolas during the 2014 trophy ceremony.

Situated along the banks of the Vrbas River, with tree-lined fields surrounding the city, Banja Luka is an important cultural and sporting hub in the Balkans. This week, fans have flocked to the National Tennis Center to see local legend Damir Dzumhur sprint into the semi-finals. They blared horns and waved flags in support of Dzumhur, as well as countrymen Mirza Basic and Nerman Fatic. But regardless of where you hail from, Banja Luka feels like home.

“I really enjoyed my time in Banja Luka,” said reigning champion Juan Manuel Cerundolo. “For me, the tournament is very nice, the conditions are similar to Buenos Aires, so I liked it a lot. The people there are also very warm and welcoming and a lot of fans come to watch the tennis. To win there was very significant because it put me very close to the Top 100. But I also feel this tournament gave me the momentum to get to the Top 100 a few weeks later. Congratulations to them for this 20th anniversary.” 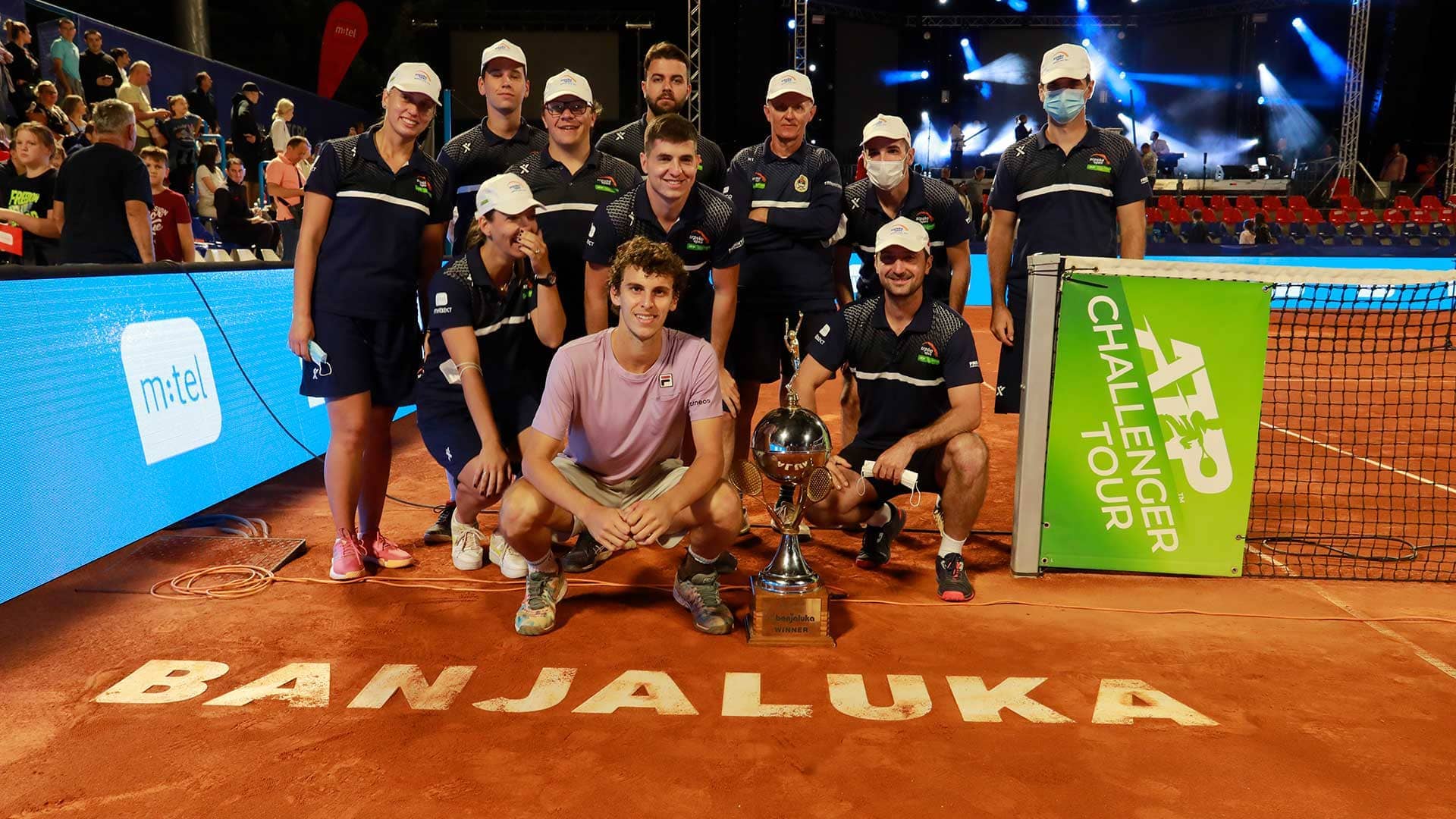 Banja Luka has a rich sporting culture, with the Srpska Open comprising its tennis identity. The local government in the Republic of Srpska plays a central role in providing funding for the tournament, recognizing its great impact on the sporting landscape in the region. In 2017, the city was awarded the title of European City of Sport, as one of just 23 European cities to receive this honour.

Times change and several factors result in the ebb and flow of tournaments’ longevity over the years. To withstand this precise test of time and remain a symbol of durability deserves to be applauded. Currently led by tournament director Drasko Milinovic, along with a dedicated team of full-time club workers and part-time volunteers, the tournament has become a beacon on the Challenger Tour and a summer staple in Bosnia & Herzegovina for these 20 years. 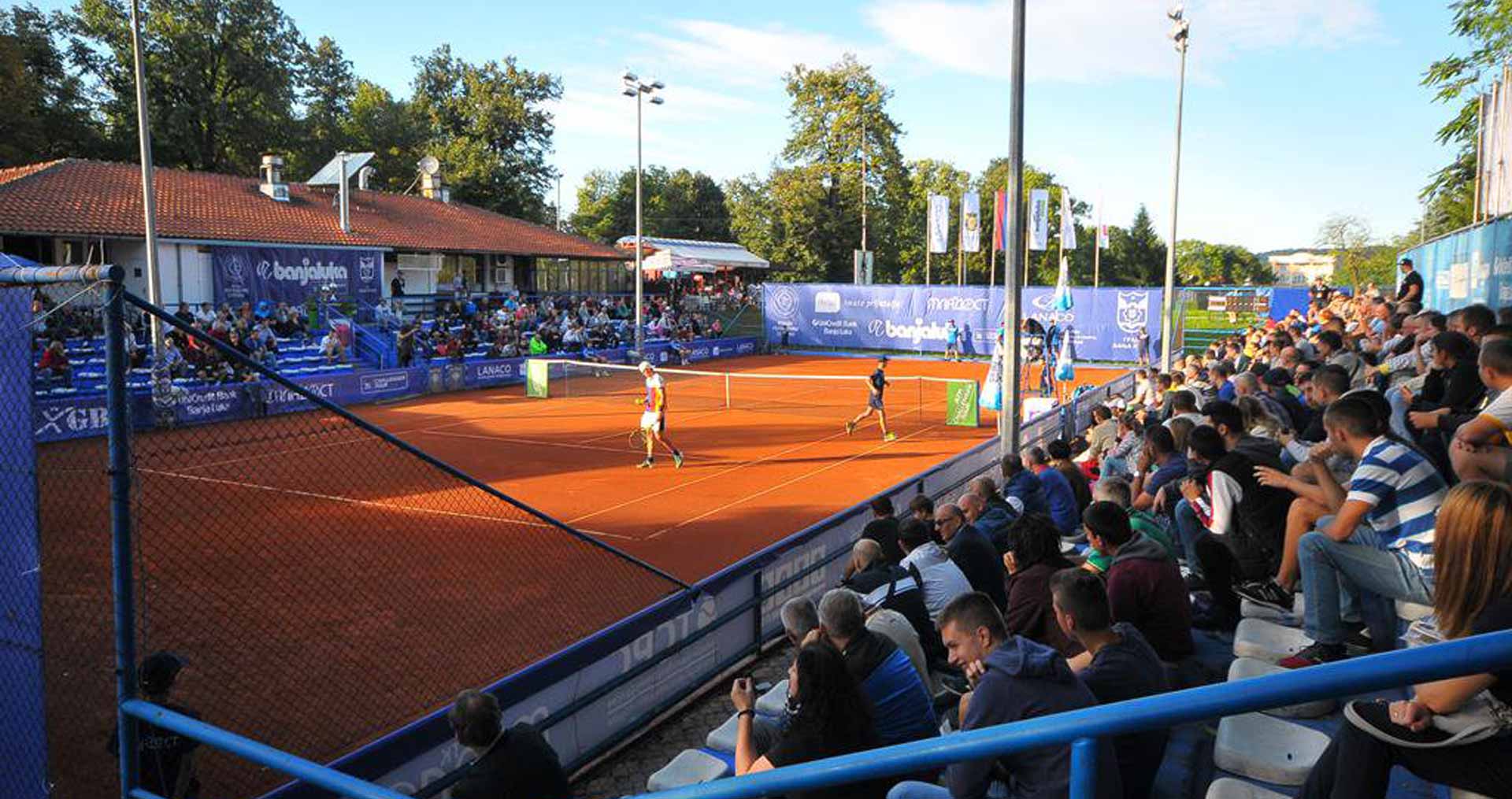 In Banja Luka, this moment would not be possible without the hard work and commitment of all the tournament staff, volunteers and sponsors. And the players who have been provided opportunities to take the next step in their careers, acknowledge the tournament’s dedication and commitment to the sport and the Tour.

The ATP Challenger Tour is the springboard to success for the stars of tomorrow and this tournament has been precisely that in the decorated careers of Felix Auger-Aliassime, Diego Schwartzman, Fabio Fognini and Janko Tipsarevic. All competed in Banja Luka, before rising to the Top 10 in the Pepperstone ATP Rankings.

From the ATP to the Srpska Open, here’s to another 20 years as part of the Challenger family.