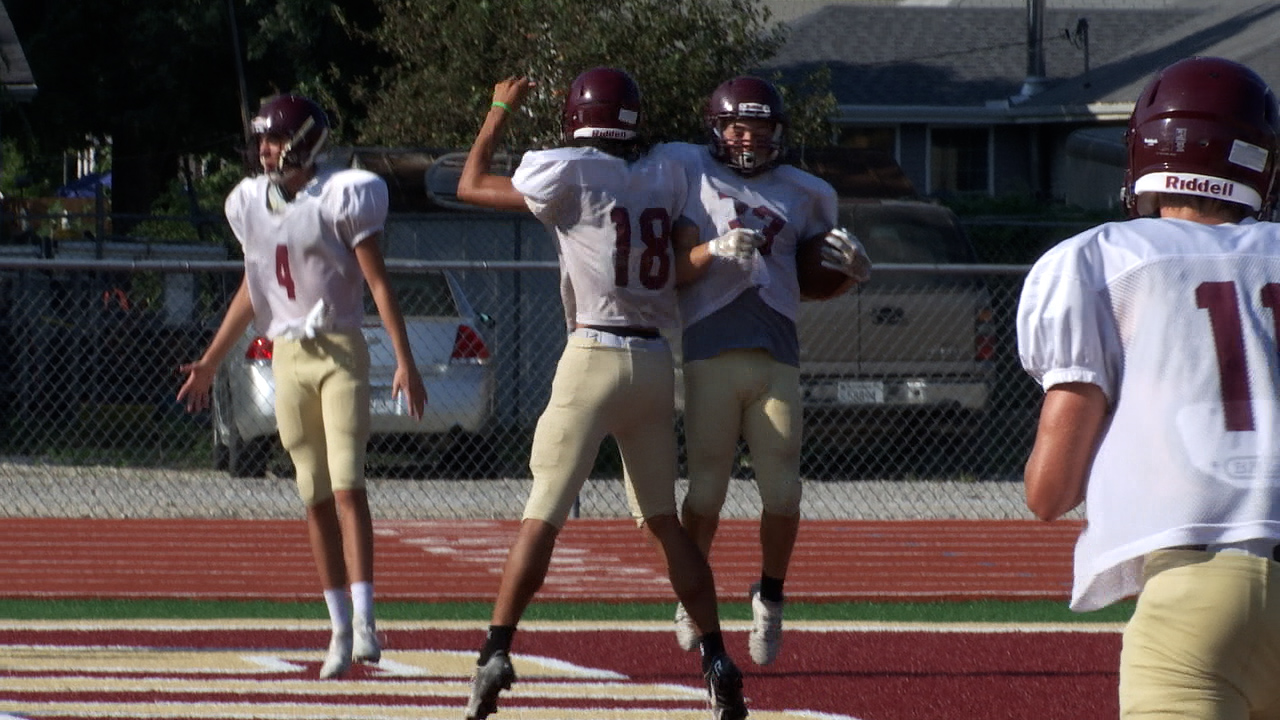 “There’s not a lot of things you need to change, just some fine-tuning and some tweaks,” Pegram said. “All of us on the coaching staff are very familiar with the kids and the program. We’re excited to just keep building.”

Pegram’s also coaching the lines, since he was a Division I offensive lineman.

The Eagles’ offensive line has just one returner.

“It’s really different with a whole new line because I’m the only returning offensive lineman,” Walker said. “It’s really taken a lot for me to build chemistry with all of the new lineman.”

“Our offense is pretty similar, but it still has tweaks and changes that are bringing more power,” Martin said.

Martin’s excited to throw to his solid receiving core, and to hand the ball off to Blake Redman.

The defense also brings power to the Eagles. Its job this year: stop the run.

“We gave up a little over 20 points a game last year to some really good competition,” Pegram said. “There’s no doubt our first five games aren’t easy, but we want to be able to run the ball and stop the run.”

Another key to Silver Lake’s success is trash talk in practice.

“We like to get after it because in a game, you’re going to hear trash talk all game long,” Martin said. “There’s going to be more trash talk in a game than there is in practice, so we like to have fun. Nothing’s personal.”