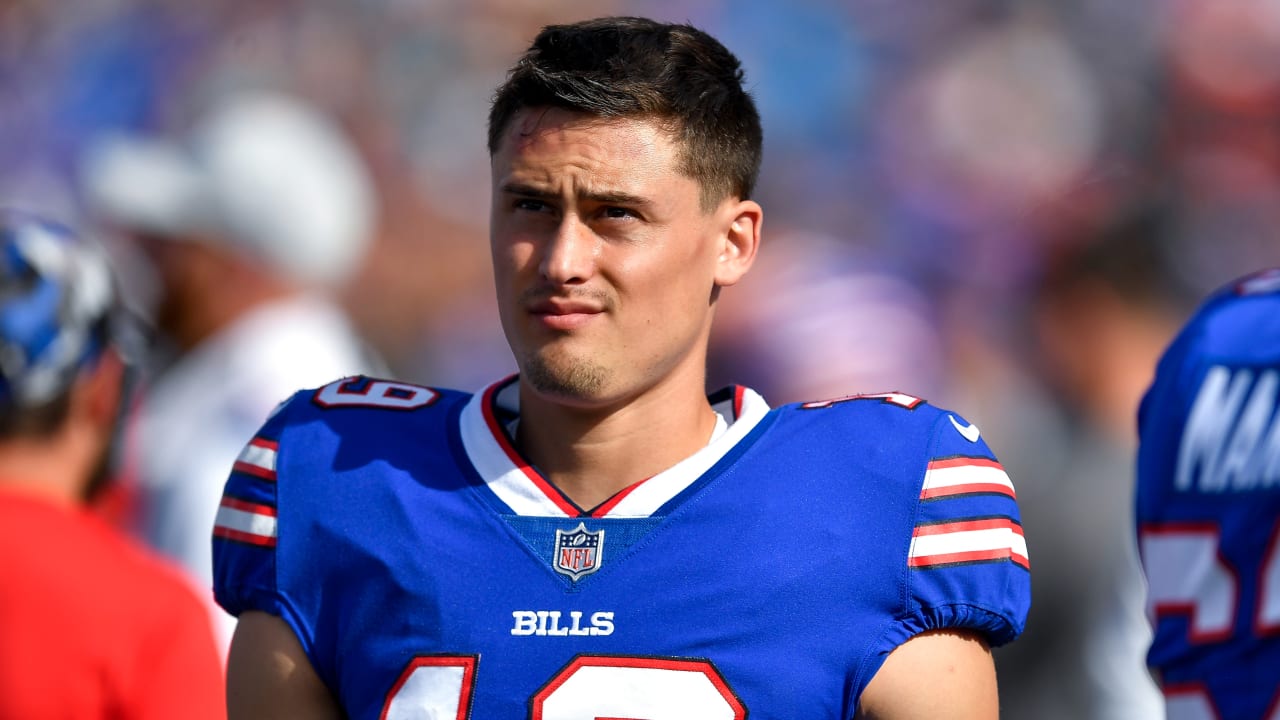 Buffalo Bills general manager Brandon Beane announced Saturday rookie punter Matt Araiza has been released, two days after Araiza, along with two other individuals, were accused in a civil lawsuit of gang raping a minor during an off-campus party at San Diego State University last year.

The lawsuit, which was filed Aug. 25 in San Diego County Superior Court, alleges that in October of 2021 Araiza had sex with a 17-year-old girl outside of an off-campus home, where Araiza lived, and then brought her into a room where she was repeatedly raped. The plaintiff is identified in the suit as “Jane Doe,” because she was underage at the time, but is now 18, according to the Associated Press.

The two other football players named in the complaint are Zavier Leonard, currently on San Diego State’s roster, and Nowlin “Pa’a” Ewaliko, who is not listed on this year’s roster. Araiza became a star punter for the Aztecs as a redshirt junior in 2021, winning the Ray Guy Award as the nation’s top punter. The Bills selected him in the sixth round of the 2022 NFL Draft.

There have been no arrests made and San Diego Police have not publicly identified any suspects, according to the Associated Press.

Araiza, who became Buffalo’s starting punter following the release of Matt Haack on Aug. 22, was held out of Friday’s preseason game against the Carolina Panthers. Speaking to the media following the game, Bills head coach Sean McDermott said it was his decision not to play Araiza, calling the the situation “extremely serious” and one that the organization does not “take lightly whatsoever.”

Araiza released a statement earlier on Friday in which he challenged the details in the lawsuit.

“The facts of the incident are not what they are portrayed in the lawsuit or in the press,” Araiza said in the statement. “I look forward to quickly setting the record straight.”

McDermott’s news conference offered the first comments regarding Araiza from the team since the club released a statement on Thursday.

“We were recently made aware of a civil complaint involving Matt from October 2021,” the Bills said in the statement. “Due to the serious nature of the complaint, we conducted a thorough examination of this matter. As this is an ongoing civil case, we will have no other comment at this point.”

The NFL’s personal-conduct policy does not apply to incidents that take place prior to a player being drafted or joining a team. If criminal charges are filed against Araiza, however, he would then be subject to a league investigation and potential disciplinary action, per the league policy.

Kerry Armstrong, Araiza’s lawyer, has denied the rape accusation, according to the Los Angeles Times.