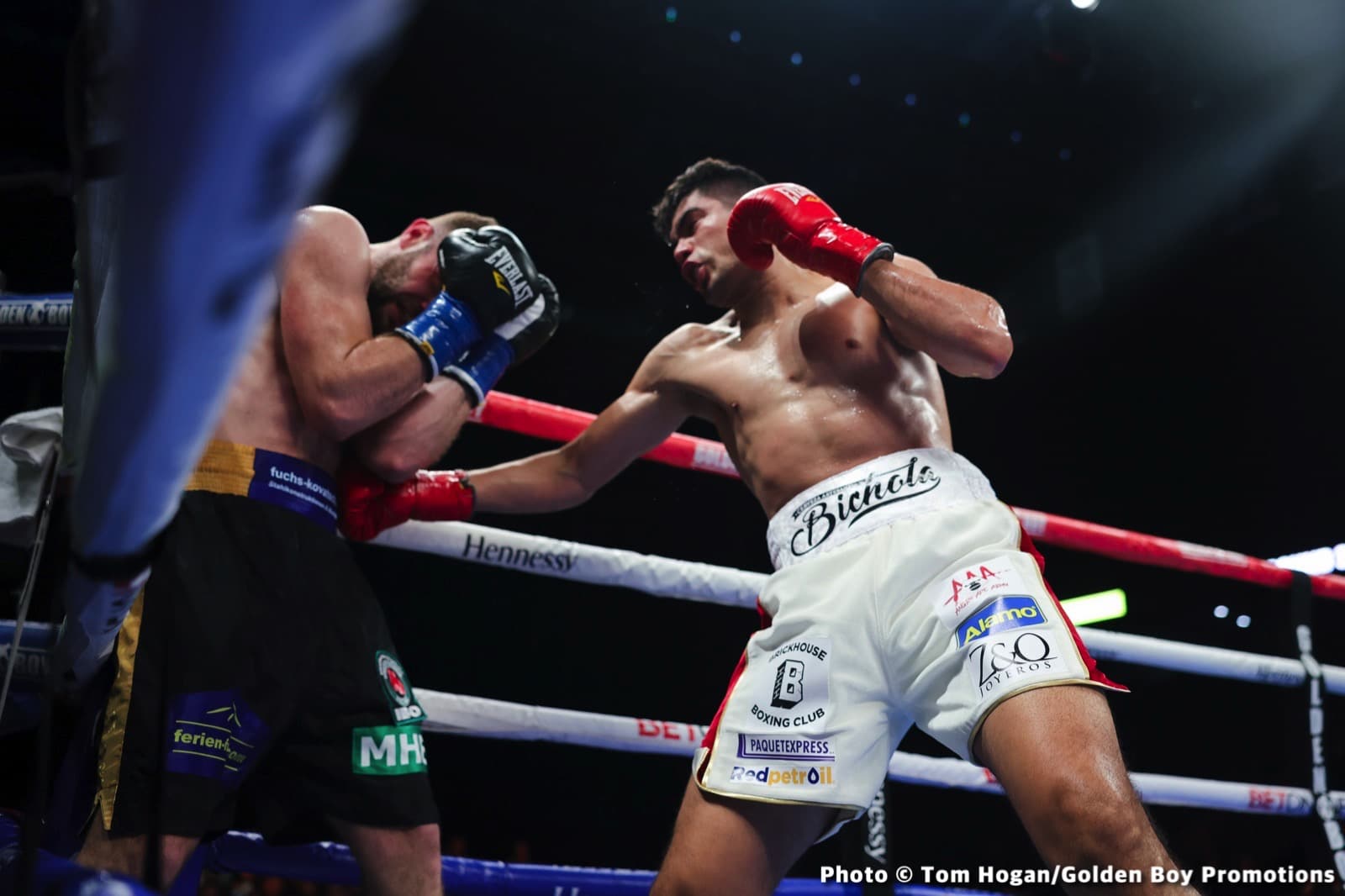 By Dan Ambrose: Gilberto ‘Zurdo’ Ramirez says he’s going to dethrone WBA light heavyweight champion Dmitry Bivol on November 5th and take his spot as the opponent for Canelo Alvarez next May.

Bivol (21-0, 10 KOs) is expected to have few problems against the highly motivated Golden Boy-promoted ‘Zurdo’ Ramirez (44-0, 30 KOs) in their headliner match on DAZN at the United Arab Emirates on November 5th.

Canelo (57-2-2, 39 KOs) needs to face Bivol so that he can avenge his loss on May 7th. Bivol, 31, beat Canelo like a drum, winning what arguably should have been a wide 12 round unanimous decision at the T-Mobile Arena in Las Vegas.

Unless Ramirez can find some hand & foot speed somewhere before November 5th, he’s destined to lose to Bivol, likely by a landslide decision.

Oscar De La Hoya has been saying lately that Ramirez will be getting revenge for Canelo, but it doesn’t seem too likely.

Even if Ramirez did somehow beat Bivol, it’s not going to magically undo what happened to Canelo last May. That loss is going to be there regardless of what happens in the Bivol vs. Ramirez fight. If Canelo wants revenge, he’s going to have to do it himself.

Ramirez should move up to cruiserweight because he’s too big & slow for the 175-lb division.

He rehydrated to 204 lbs in his last fight against Dominic Boesel, and that obviously has a lot to do with why Ramirez is so slow on his feet.

“I will be there. I will be at the top. Yes, I am,” said Ramirez when told that Andy Ruiz Jr. said that he’s ‘Too big and too strong for Bivol.’ He’s never fought anyone like me, and I’m down for that.

“I’m sorry for Bivol because he won’t get the rematch with Canelo. I think Canelo with a knockout in the later rounds,” Ramirez said when asked about his prediction for Canelo vs. Gennadiy Golovkin III on September 17th.