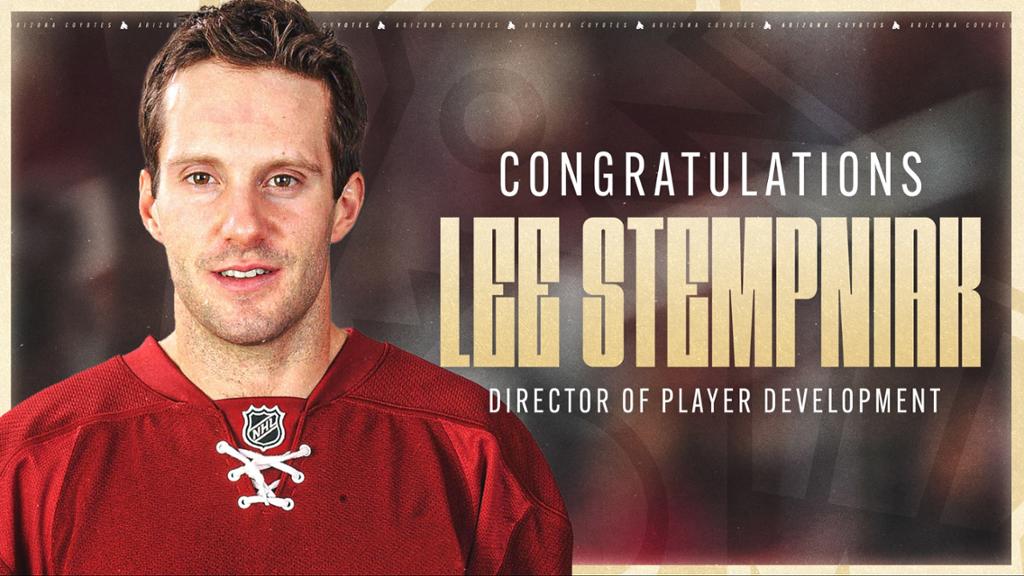 “We are very pleased to name Lee as our new director of player development,” said Armstrong. “Lee was a hard-working player who had a very good career. He understands what it takes to get to the NHL and we are confident that he will do an excellent job developing our players.”

Prior to his current role, Stempniak joined the Coyotes as Hockey Data Strategist on January 25, 2021.

He came to Arizona’s front office following a distinguished NHL playing career that spanned 14 seasons and 10 different teams including the Coyotes from 2009-11.

A former two-time NCAA All-American at Dartmouth College, Stempniak was an economics major and combined his vast hockey experience and education to assist in the communication between the club’s analytics department with coaches, players, and management.