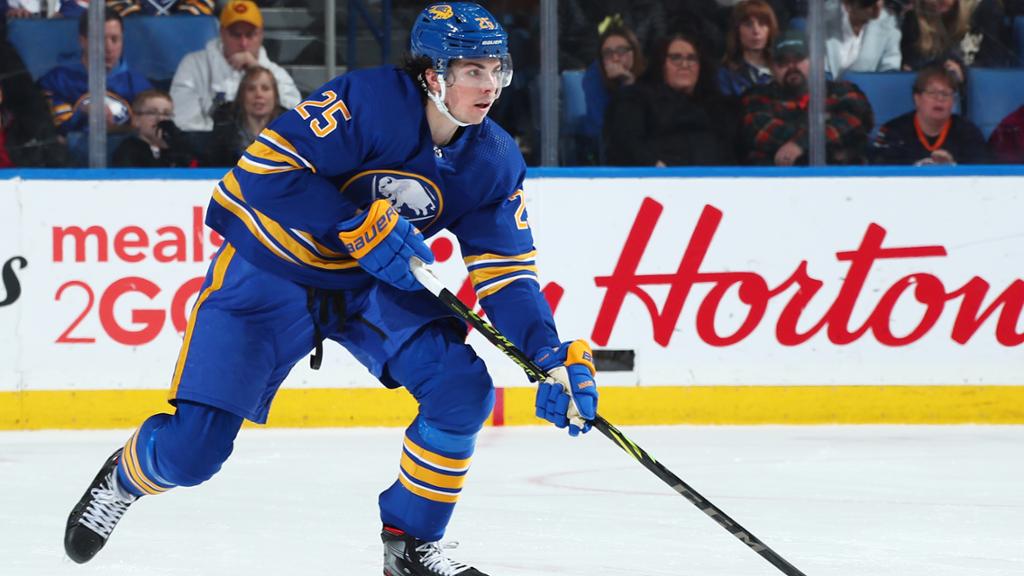 NHL Network is spending the offseason presenting the best current NHL players at each position. On Sunday, the network’s producers and analysts revealed their top 20 defensemen in a special program. To add to that conversation, we asked six NHL.com writers to pick the player they think will be the best defenseman in the NHL in three seasons. Here are their choices:

When you’re 23 years old and being mentioned in the same sentence as Bobby Orr, you’re pretty good. Makar did just that last season when he became the third defenseman to win the Conn Smythe Trophy as MVP of the Stanley Cup Playoffs at age 23 or younger, after Orr of the 1970 Boston Bruins in 1970 and Serge Savard of the Montreal Canadiens in 1969. Makar led NHL defensemen in goals (28) and was second in points (86) and rating (plus-48) at the position last season while also ranking sixth in the NHL in average time on ice per game (25:40). He won the Norris Trophy voted as the best defenseman in the NHL and was the first player in League history to win that award, the Stanley Cup, Conn Smythe and Hobey Baker Award (top men’s player in NCAA Division I ice hockey) during the course of a career. Again, he is only 23. Makar has gotten better both offensively and defensively in each of his three full NHL seasons and has scored more than a point per game (180 points in 178 games). There’s no doubt Makar’s trophy case will continue to grow and he’ll remain the best at the position three years from now. — David Satriano, staff writer

For those of us who have been Victor Hedman supporters through the years, watching the future Hall of Famer go up against Makar in the Stanley Cup Final between the Avalanche and Tampa Bay Lightning was a true pleasure. It was also a passing of the torch, so to speak. True, Hedman was banged up in his third consecutive Final appearance and likely has plenty left in the tank. At the same time, watching the way Makar uses his effortless skating to control the majority of shifts he plays is impressive. I’m not the only one who feels that way. During the Western Conference Final between the Avalanche and Edmonton Oilers, I asked Hall of Fame defenseman Paul Coffey, the player to whom Makar is most often compared, if Makar will have a long shelf life of domination. “After watching the series, Makar is a special, special guy,” he said. “Every five years I get interviewed about a defenseman, whether it’s Mike Green going for 40 goals or Erik Karlsson in Ottawa. I’ll do the interview, but tell the reporter to call me next year to see if the guy is consistent. But a guy like Makar, he’s going to consistently do it. You see it now. The sky’s the limit.” Hey, who am I to argue with Coffey? — Mike Zeisberger, staff writer

The 21-year-old certainly got off to a great start in his NHL career when he won the Calder Trophy voted as the League’s rookie of the year last season. I see him improving steadily during the next three seasons. He led rookie defensemen with 50 points and 43 assists and was second among them with seven goals (Martin Fehervary of the Washington Capitals scored eight). He led Detroit with 21 power-play points (two goals, 19 assists) last season. Seider’s already used to a good amount of ice time (he led the Red Wings with an average of 23:02 per game). With Detroit adding some veterans this offseason, including defenseman Ben Chiarot, Seider can keep improving without too much pressure. He showed great personality when he accepted the Calder at the 2022 NHL Awards He seems like a cool customer, and the Red Wings will benefit from his improvement during the next three seasons. — Tracey Myers, staff writer

Seider’s outstanding rookie season could just be the tip of the iceberg. He produced offensively, his 50 points in 82 games the most by a Red Wings rookie defenseman since Nicklas Lidstrom had 60 in 1991-92. And he was able to play against the top players in the NHL; he was one of 11 defensemen to average at least 18:00 of ice time per game at even strength (18:16), at least 2:30 on the power play (2:53) and at least 1:30 on the penalty kill (1:53), and the only rookie. And he didn’t shy away from physical play, leading the Red Wings in blocked shots (161) and finishing second in hits (151; Adam Erne had 161). And did we mention he’s just 21 and has a frame (6-foot-4, 197 pounds) that will allow him to get stronger? More experience, more strength, and in three more seasons he’ll have more than a Calder Trophy on his shelf. — Adam Kimelman, deputy managing editor

Heiskanen doesn’t get as much national attention as other up-and-coming NHL players, but the 23-year-old from Espoo, Finland, is clearly on the rise. He was the third-leading scorer in the 2020 Stanley Cup Playoffs with 26 points (six goals, 20 assists) in 27 games. He ranks fifth among defensemen in points in a single postseason behind Paul Coffey (37, Edmonton Oilers) in 1985, Brian Leetch (34, New York Rangers) in 1994, Al MacInnis (31, Calgary Flames) in 1989 and Makar (29) in 2022. Heiskanen had his best NHL season in 2021-22, his fourth in the League, finishing seventh on the Stars with 36 points (five goals, 31 assists) in 70 games. He was the second-leading scorer among Dallas defensemen behind veteran John Klingberg (47 points; six goals, 41 assists in 74 games). He averaged 24:53 of ice time per game, the most on the Stars, and was sixth in shots on goal (156). And Heiskanen is poised to do even more this season after the Anaheim Ducks signed Klingberg in free agency. — William Douglas, staff writer

In 2018-2019, Makar walked out college and onto the ice for the Avalanche during the 2019 playoffs, finding his groove immediately. Now some of my colleagues and Coffey are calling him the best in the game. Well, Power left college last spring, didn’t look out of place during an eight-game run to finish the NHL season and now is a full-time member of a Sabres team many believe to be on the rise. So why can’t Power do the same as Makar, following that blueprint to outshine the Norris Trophy winner? It says here Power can do just that. — Shawn P. Roarke, senior director of editorial