Dale Earnhardt Jr. Admits He Fell Short of His NASCAR Potential by Being Too Busy Playing Video Games 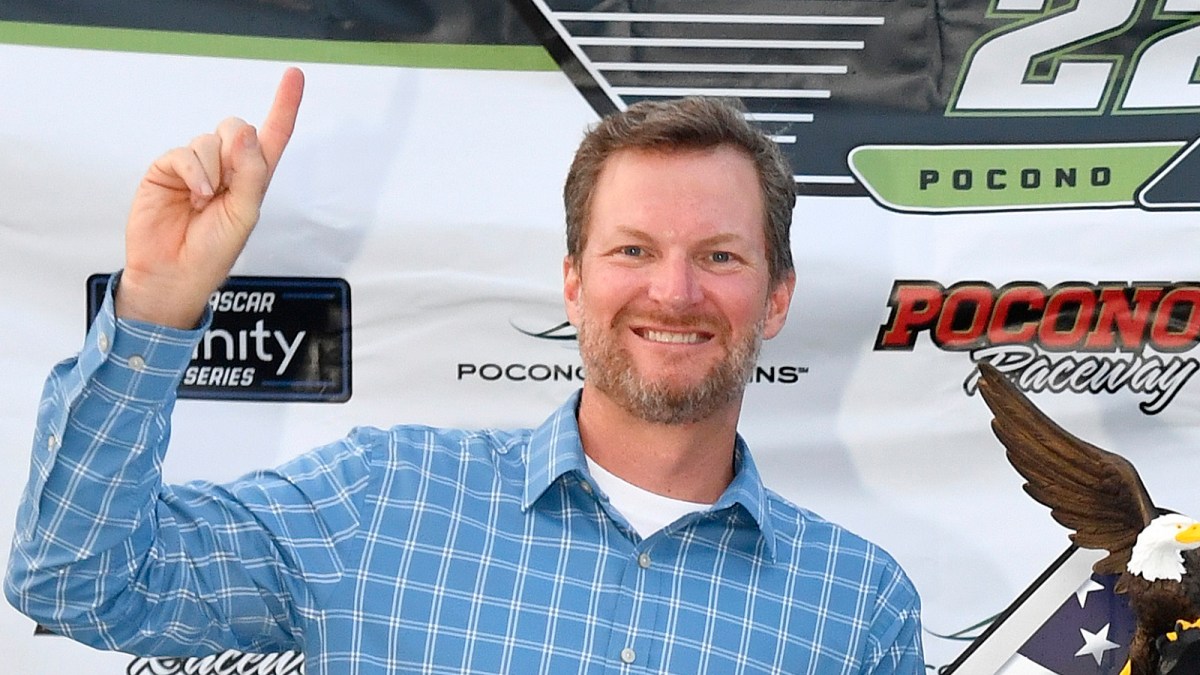 It’s good that Dale Earnhardt Jr. has the maturity now to own up to his mistakes from the past. At the same time, it’s too bad there was no one capable of getting through to the NASCAR Cup Series driver in 2004.

That’s the year Earnhardt’s ambivalence toward his job may have cost him a series championship that would have been a stepping stone toward true greatness in racing.

Dale Earnhardt Jr. won six races in 2004 but not the championship

The combination of the family name and his back-to-back Xfinity Series championships made Dale Earnhardt Jr. a natural to go full-time in the NASCAR Cup Series in 2000. He won at Texas Motor Speedway and Richmond in the first 11 races and was on his way to a lengthy career.

After finishing 16th, eighth, and 11th in points with seven victories over the first three seasons, the son of the seven-time series champion seemed to make his breakthrough in 2003. Earnhardt won at Talladega and Phoenix while showing enough consistency across the rest of the schedule to finish third in points to Matt Kenseth and Jimmie Johnson.

He opened 2004 by winning the Daytona 500 and then at Atlanta three weeks later. The championship format had changed in the offseason to add a playoff element, but Earnhardt looked poised to contend. He won twice more during the regular season and went into the Chase for the Cup playoffs as the third seed to Jeff Gordon and Johnson.

Though he tacked on another two wins, Earnhardt’s only other finishes better than ninth in the 10-race battle for the title were two thirds. By the time it was over, Kurt Busch had charged to the championship, and Earnhardt slumped to fifth place.

Kurt Busch won half as many races as Dale Earnhardt Jr. in that 2004 season but still edged Jimmie Johnson by eight points and Jeff Gordon by 16. Mark Martin and Earnhardt rounded out the top five but finished far back in points. Earnhardt never won more than four races in a season or finished higher than fifth again in his career.

The Charlotte News Observer has been doing a series on prominent North Carolina sports figures, and the nearly two decades since the season that could have been gave Earnhardt time to reflect and admit to never reaching his full potential in NASCAR. He pointed to a lack of self-discipline after the death of his father in the 2001 Daytona 500.

“I didn’t realize the work ethic needed to be as great as I could possibly be. Had Dad lived, he would have probably encouraged me, successfully, to be better in applying myself. But when he passed away, there were a lot of emotions that came with that. I didn’t get to choose how I felt.”

Earnhardt cited the grip that sadness and depression had on him for a time after the Daytona tragedy.

“But I also had this odd, strange feeling of being freed from some limitation or some sort of mental binding,” he added. “It was scary. I was able to make my own choices in life, but Dad was always a ceiling to protect me. He wasn’t going to let me get too crazy.”

With his father gone, Dale Earnhardt Jr. leaned on his sister, Kelley Earnhardt Miller, to keep close tabs on his business interests and obligations, but he lacked someone who could continue shaping his growth as a person. Tony Eury Jr. and his father were strong influences, but they couldn’t be there 24/7.

“He wasn’t going to be calling me at 9 o’clock saying, ‘Where are you at?’” he said of his uncle. “I was doing whatever I wanted to do. I wasn’t focusing on becoming a better race car driver.”

The man who was repeatedly voted the most popular driver in the sport spent as little time as possible around the shop or on the track.

“I’d be in the bus playing video games, literally looking at my watch, going, ‘Five minutes to practice,” Earnhardt said. “I can play a few more minutes. Two minutes to practice. … I could get away with it, being young, and we had great cars.’”

That lasted until he left the family’s DEI team in 2008 to spend the final decade of his career with Hendrick Motorsports.

“What I learned by going to Hendrick was ‘the Hendrick Way,’ how you prepare,” he said. “And I thought, ‘Dang, how many more races might I have won …’”

Got a question or observation about racing? Sportscasting’s John Moriello does a mailbag column each Friday. Write to him at JohnM@Sportscasting.com.

RELATED: Dale Earnhardt Jr. Confesses to a Mistake That Makes Him Want to ‘Slap the S*** Out of Me’