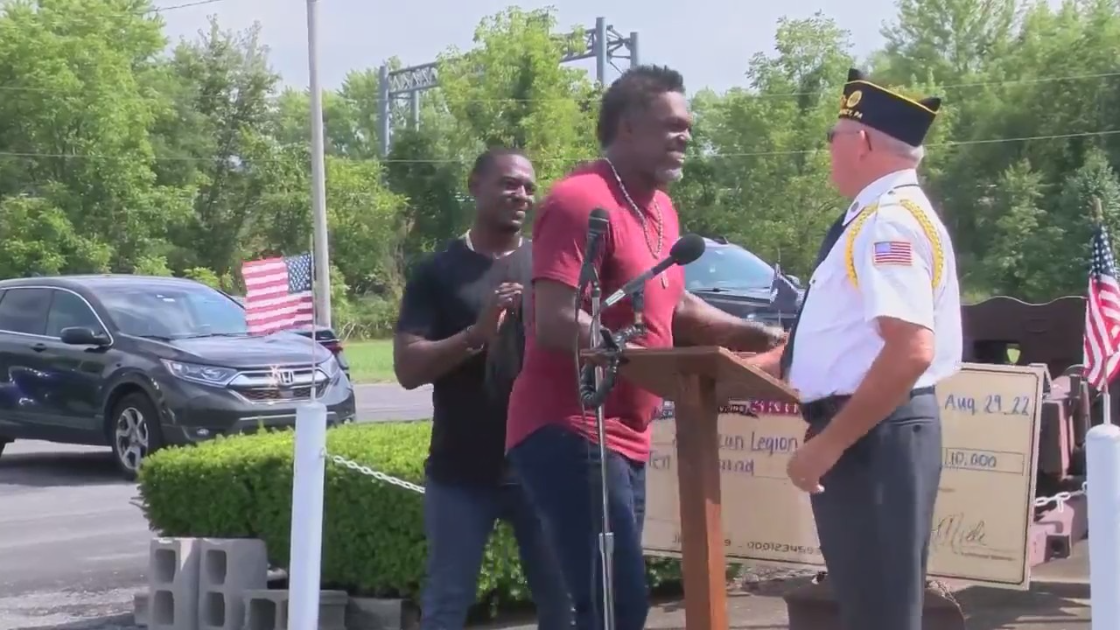 “it does not matter where you go, what matters is carrying the gospel of protecting and taking care of our service men and our service members,” said Lavar Arrington, Former NFL player.

Former Penn State Football and NFL player Lavar Arrington, along with retired NFL player Lito Sheppard, met with members of the American Legion Post 268 in Muncy on Monday. The group discussed the importance of keeping skill games in Veterans’ organizations.

“It helps keep the operations, the cost of our operations down. Where we don’t have to have to go into other funds and it helps with the payroll operations expenses to keep the facility open,” said Steve Haeffer, Commander, American Legion Post 268.

Many veterans’ clubs, like the American Legion, are non-profit and rely on skill gaming to cover costs. Arrington comes from 3 generations of veterans and his father was severely injured at war. So he’s always had a passion for advocacy.

“He made it out and he made it back but he served our country and it served it well, with pride and integrity. And those were the same type of values that he raised me and my family members and my siblings,” stated Lavar Arrington a former NFL player.

Arrington and Sheppard presented the American Legion with a $10,000 check from PA Skill Games. Commander Haeffer says this came as a surprise and he’s grateful for the continued support from the community.

“We were all glad to hear that everyone is supportive of the non-profit clubs and organizations,” said Steve Haeffer, Commander, American Legion Post 268.

Cardinals DE J.J. Watt says his heart was shocked back into rhythm on Thursday, will play today vs. Panthers