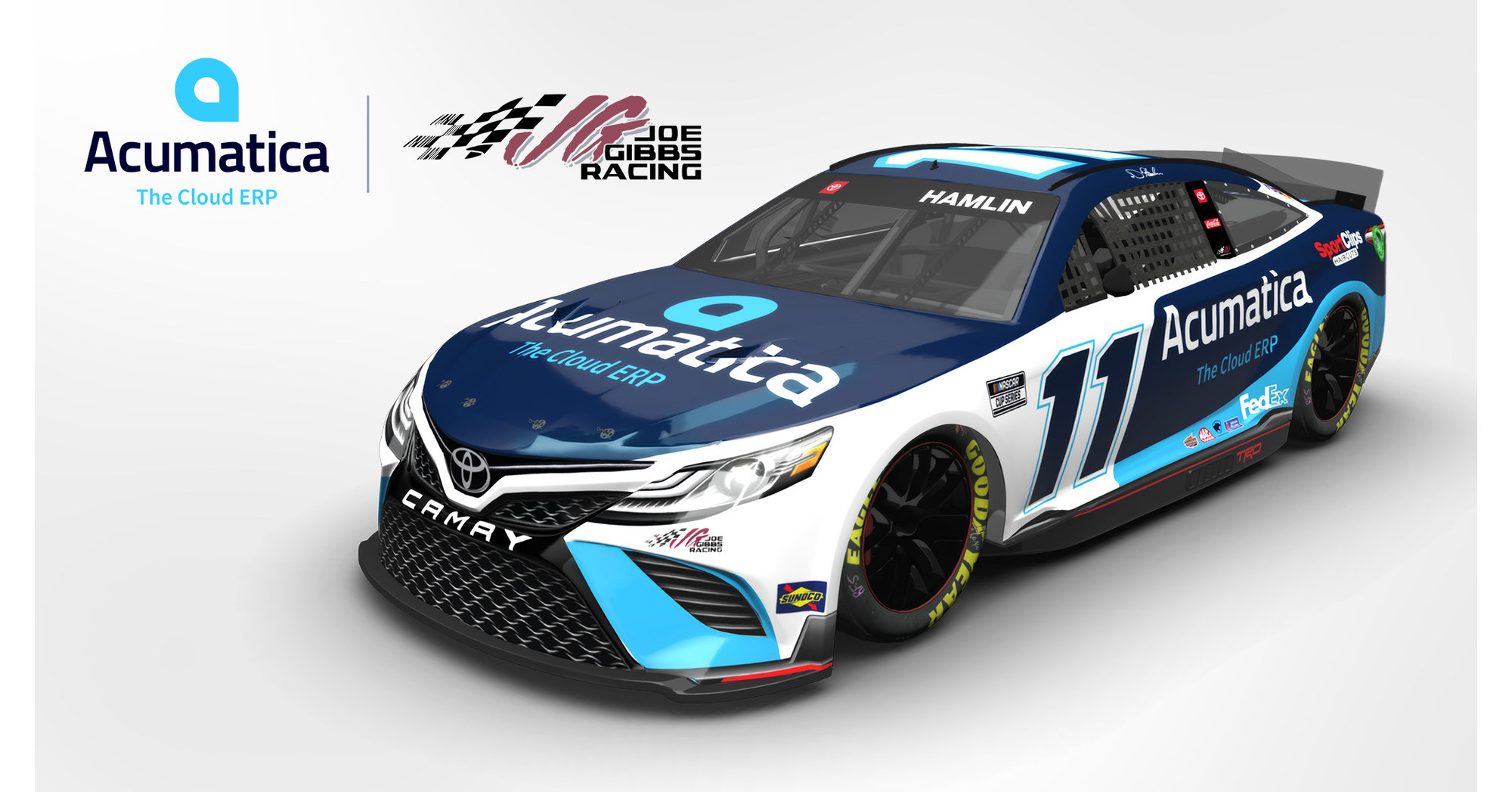 JGR is a top-performing American professional stock car racing organization that has amassed five Cup Series championships since 2000. Throughout the 2022 season, JGR has established itself as an elite NASCAR racing team, with three drivers qualifying for the NASCAR Cup Series Playoffs.

Hamlin’s list of career accomplishments is impressive, placing him among the sport’s greatest drivers of all time. He is a three-time Daytona 500 winner, 48-time Cup Series winner, and 15-time NASCAR Playoffs qualifier. Hamlin earned the title of Rookie of the Year in 2006 and is the longest-tenured driver at JGR.

“We’re honored to be associated with championship teams like Joe Gibbs Racing and prominent drivers like Denny Hamlin, who are known for their impressive performances on the racetrack,” said John Case, CEO of Acumatica. “Performance is a value that’s central to our mission. We empower businesses with our high-performance solutions that adapt to today’s evolving market demands. Our sponsorship allows us to connect NASCAR’s fan base with competitive, cutting-edge technologies. We can’t wait to cheer on the JGR team in Kansas.”

Acumatica and JGR will debut the branded car for the second race of this year’s playoffs. In addition to its sponsorship of JGR in Kansas, Acumatica will serve as an associate sponsor of JGR at three subsequent NASCAR races during the 2022 season.

“We’re excited to welcome Acumatica into our sport and have the opportunity to represent its innovative technology on the racetrack,” said Joe Gibbs, owner of JGR. “Acumatica is an ideal sponsor for JGR given our shared commitment to performance and teamwork. We look forward to having them join us in Kansas and building what will surely become a winning relationship.”

The NASCAR Cup Series race at Kansas Speedway is scheduled to take place on Sunday, September 11, 2022, at 3 p.m. ET. It will air on USA Network and Motor Racing Network and stream on NBC Sports.

Acumatica Cloud ERP provides the best business management solution for transforming your company to thrive in the new digital economy. Built on a future-proof platform with open architecture for rapid integrations, scalability, and ease of use, Acumatica delivers unparalleled value to small and midmarket organizations. Connected Business. Delivered. For more information, visit www.acumatica.com.

Joe Gibbs Racing (JGR) is one of the premier organizations in NASCAR with four NASCAR Cup Series teams, three NASCAR Xfinity Series teams, and a driver development program. JGR is based in Huntersville, N.C., and owned by NASCAR Hall of Fame inductee Joe Gibbs, who also earned his place in the Pro Football Hall of Fame and was named as one of the NFL’s top 10 coaches of all-time with a winning career that included three Super Bowl Championships as head coach of the Washington franchise. JGR has competed in NASCAR since 1992, winning five Cup Series championships and five Xfinity Series owner’s championships, along with more than 350 NASCAR races, including four Brickyard 400s and four Daytona 500s.

Heim Gets Caught in “The Big One” at Talladega, Finishes 26th

Playing their penultimate game of the preseason, the Flyers lost to the New York Islanders,…