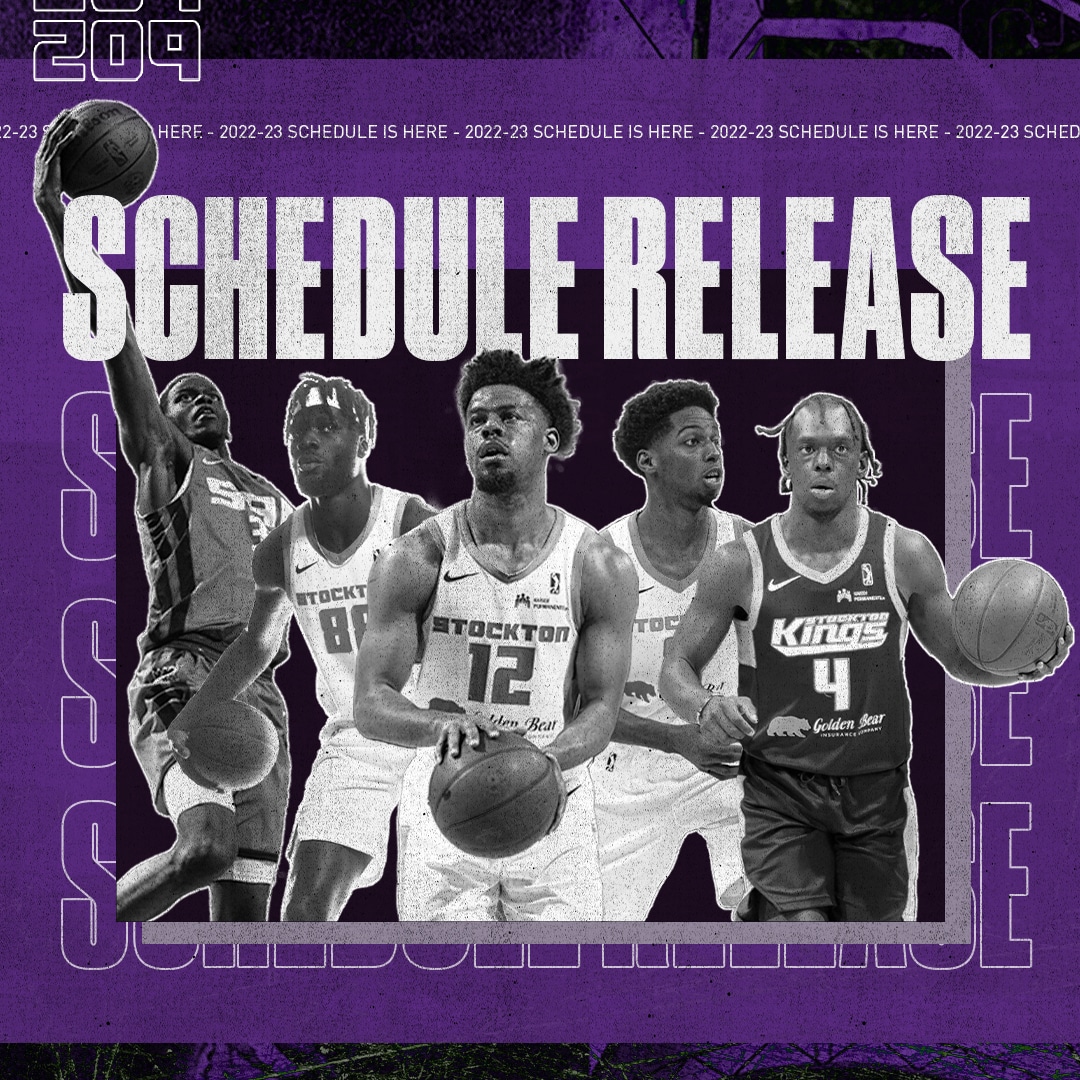 Today, the Stockton Kings, the NBA G League affiliate of the Sacramento Kings, announced their 2022-23 schedule, which will see the team return to action on November 5 against the South Bay Lakers at the UCLA Health Training Center.

For the second straight year, the 2022-23 NBA G League calendar will be split into two parts: the 18-game Showcase Cup followed by a 32-game regular season. During the Showcase Cup, teams are separated into four regional pods and play in NBA G League markets. The teams with the best winning percentage in each regional pod, along with the next four teams across the league with the best win-percentages, will advance to compete in a single-elimination contest during the NBA G League Winter Showcase in Las Vegas from December 19-22. Teams that do not qualify for the Showcase Cup will still play two games at the Winter Showcase.

Stockton’s longest homestand of the season will run between February 23 and March 9, hosting the Ontario Clippers and Cleveland Charge once each, and the Texas Legends and Westchester Knicks twice each. The longest road stretch comes over the course of ten days, including trips to Oklahoma City (February 4), Motor City Cruise (February 6), Grand Rapids Gold (February 8 and 9) and Iowa Wolves (February 12 and 13). The 2022-23 regular season will feature five back-to-back games for the Kings. The season will conclude with a 7 p.m. tipoff against the Mexico City Capitanes on March 24 at Stockton Arena.

Tickets for games at Stockton Arena will go on sale later this month. Fans interested in ticket plans, group ticket packages, or becoming a Season Ticket Member are encouraged to visit StocktonKings.com/Tickets.

About the Stockton Kings

About the NBA G League

The NBA’s official minor league, the NBA G League prepares players, coaches, officials, trainers and front-office staff for the NBA while acting as the league’s research and development laboratory.  Featuring 30 teams, 28 with direct affiliations to NBA franchises for 2022-23, the league offers elite professional basketball at an affordable price in a fun, family-friendly atmosphere. 54 percent of all NBA players at the end of the 2021-22 season boasted NBA G League experience.  In fostering the league’s connection to the community, its teams, players and staff promote health and wellness, support local needs and interests, and assist in educational development through NBA Cares programs.