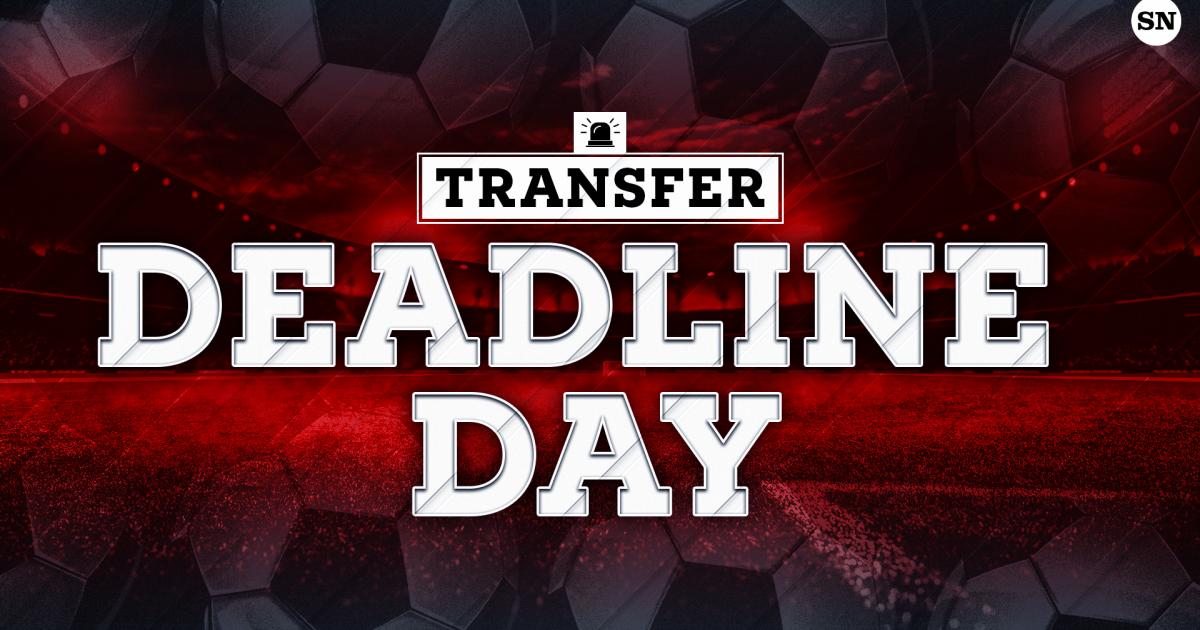 Where will Cristiano Ronaldo go, if anywhere? How much more cash will Chelsea splash?  Is Pierre-Emerick Aubameyang set for a Premier League return? Will Liverpool succeed in adding a midfielder?

Those are just some of the questions that we expect to be answered over the next 24 hours as transfer dealings heat up across the top leagues in Europe with Deadline Day looming on Thursday, September 1.

The Sporting News will be keeping tabs on all the activity and player movement up until the window closes, tracking the reports and rumours as they happen.

Already with an utterly incredible 19 players in this transfer window, Nottingham Forest could be ready to dip into the market again as they take striker Michy Batshuayi off Chelsea’s hands.

Once rumored to be worth nearly £50 million, Batshuayi has seen his value drop in recent years. Now 28 years old, he could depart Stamford Bridge permanently after a series of loan spells.

They are in talks with Chelsea over a potential deal for striker Michy Batshuayi 🌳🔴pic.twitter.com/sParIQ5vDV

The newly-promoted side has also been mentioned as a possible late landing point for full-back Serge Aurier. The Ivorian departed Villarreal this past summer, and has been without a club since. Fabrizio Romano reported the link just hours before the transfer deadline, and a deal now depends on a medical and work permit.

Pierre-Emerick Aubameyang is edging towards a deadline day move to Chelsea, reports Fabrizio Romano. Barcelona have been offered £10 million ($11.6 million), plus Marcos Alonso, and it seems the deal is close to going ahead, with reports of a medical currently in progress.

Pierre Aubameyang ahead of medical tests as Chelsea player in London: “I’m back”. 🚨🔵 #CFC@footballdaily ⤵️🎥 pic.twitter.com/BL4bFlh5A7

The Blues have missed out on a deal for Dynamo Moscow midfielder Arsen Zakharyan with talks over Ajax’s Edson Alvarez breaking down as per reports from De Telegraaf.

However, Romano is also reporting a deal is on the verge of completion for Juventus schemer Denis Zakaria, as part of a season long loan from Turin. Zakaria is completing his medical and signing his contract in Turin to complete the deal as quickly as possible.

Here’s Denis Zakaria on his first night as Chelsea player, right after medical tests completed in Turin. He will sign the contract in the next minutes. 🚨🔵 #CFC #DeadlineDay

Dest was linked to Villarreal on Wednesday, but AC Milan have jumped in and reached a deal with Barcelona for a loan and purchase option, after Rossoneri right back Alessandro Florenzi was injured in a Serie A match. The Italian side confirmed the deal on Deadline Day.

After being frozen out of the Barcelona squad, amid reports that Xavi did not rate the American, but he now has a fresh start and a chance to impress at a Champions League side.

I’m so proud and excited to join the Champions of Italy and such a historic club! Forza Milan 🔴⚫️ @acmilan pic.twitter.com/E8r6Jri9kU

Gianluca Di Marzio reported early on Thursday that Juventus midfielder Arthur is set to undergo a medical with Liverpool. The clubs have agreed to a loan deal. He then reported later in the day that the deal is signed and an announcement will come soon.

Earlier, The Athletic’s Gregg Evans said that Aston Villa will not be transferring Douglas Luiz, no matter Liverpool’s strong desire to ease their midfield personnel crisis. Earlier in the day, the Daily Express reported Jurgen Klopp was considering a £20m bid.

Leeds winger Dan James, who has seen his minutes cut by the arrivals of Brenden Aaronson and Luis Sinisterra, is reportedly on his way to fellow EPL side Fulham, according to Ian Dennis of the BBC.

Dennis reports that James is having a medical at Fulham ahead of the completion of a deal.

Earlier reports linked Fulham to a £20 million deal for James, although Dennis’s latest did not indicate if a fee was accurate. James moved to Leeds just last summer on a £26 million deal from Manchester United.

Further to this… Dan James is having a medical at Fulham from Leeds United. #FFC #LUFC https://t.co/1cC2coA9V7

Welcome to the club, @HecoDubravka! 👐#MUFC

United have be on the hunt for an experienced back up option to David de Gea, following Dean Henderson’s loan to Nottingham Forest, and the Slovakian can join United permanently next summer.

Everton have completed a deal to bring Senegalese international Idrissa Gana Gueye back to Goodison Park.

The combative midfielder returns to Merseyside from PSG on a two-year deal, after leaving for Paris in 2019, for an undisclosed fee, as Frank Lampard’s seventh summer signing.

With Liverpool moving for Arthur on loan, Douglas Luiz has emerged as a target for Arsenal. The Gunners are keen for midfield reinforcements and have lodged a £20m/$23.1m bid to Aston Villa, according to The Independent.

However, Miguel Delaney is reporting that Villa demand closer to £40m $46.1m for the Brazilian with a second £23m bid rejected.

Manchester United have completed the signing of Brazil forward Antony from Ajax. The 22-year-old has signed a five-year contract, with the option of a further year. United will pay an initial €95m (£82.2m/$95.3m) with a possible further €5m (£4.3/$5m) in add-ons.

MORE: What time does the transfer window close?

MORE: When does January 2023 transfer window open and close?