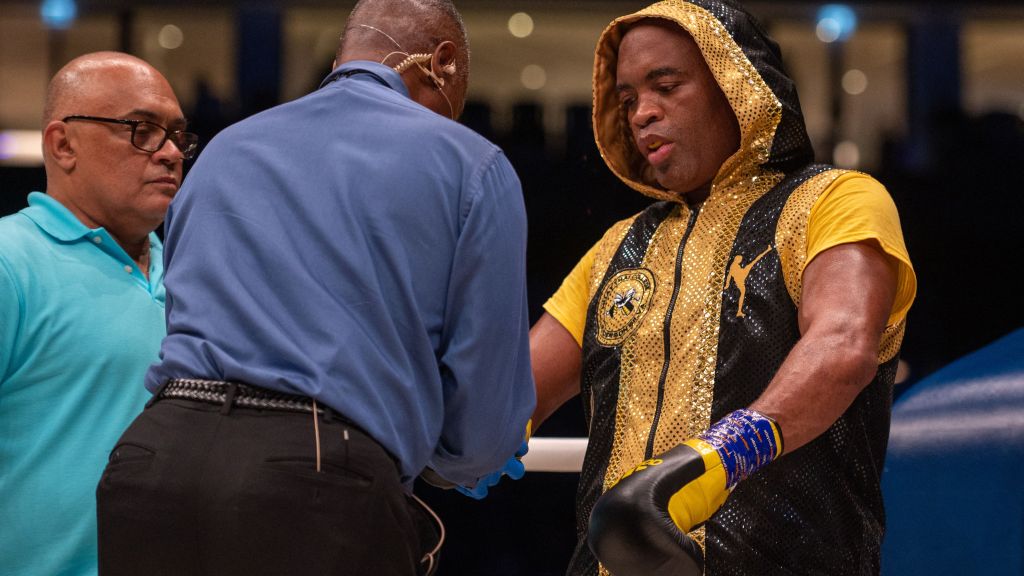 Anderson Silva is good to go.

The former UFC champion was officially granted a professional boxing license to fight in the state of Arizona. The Arizona Boxing and Mixed Martial Arts Commission approved Silva’s license application on Friday afternoon. The vote passed unanimously among commissioners.

This comes after recent reports of a potential boxing fight against YouTube star Jake Paul. The fight is expected to take place on Oct. 29 as part of a Showtime pay-per-view.

Silva has officially won two boxing matches since his UFC departure, first taking a split decision from Julio Cesar Chavez Jr. after eight rounds before knocking out fellow former UFC champion Tito Ortiz in just 1:22. Silva also looked formidable in an exhibition bout against Bruno Machado this past May.

Meanwhile, Paul, 25, is 5-0 as a professional boxer with a knockout of Ben Askren and two wins – one decision and one knockout – over Tyron Woodley on his resume. The YouTube star hasn’t fought since his sixth-round knockout of Woodley in December 2021.

Paul has faced questions about his legitimacy as a boxer since he hasn’t fought any traditional boxers, which will continue with Silva. The difference, however, is that 47-year-old Silva has transitioned well in the squared circle since leaving the UFC in late 2020.

Photos: Anderson Silva through the years