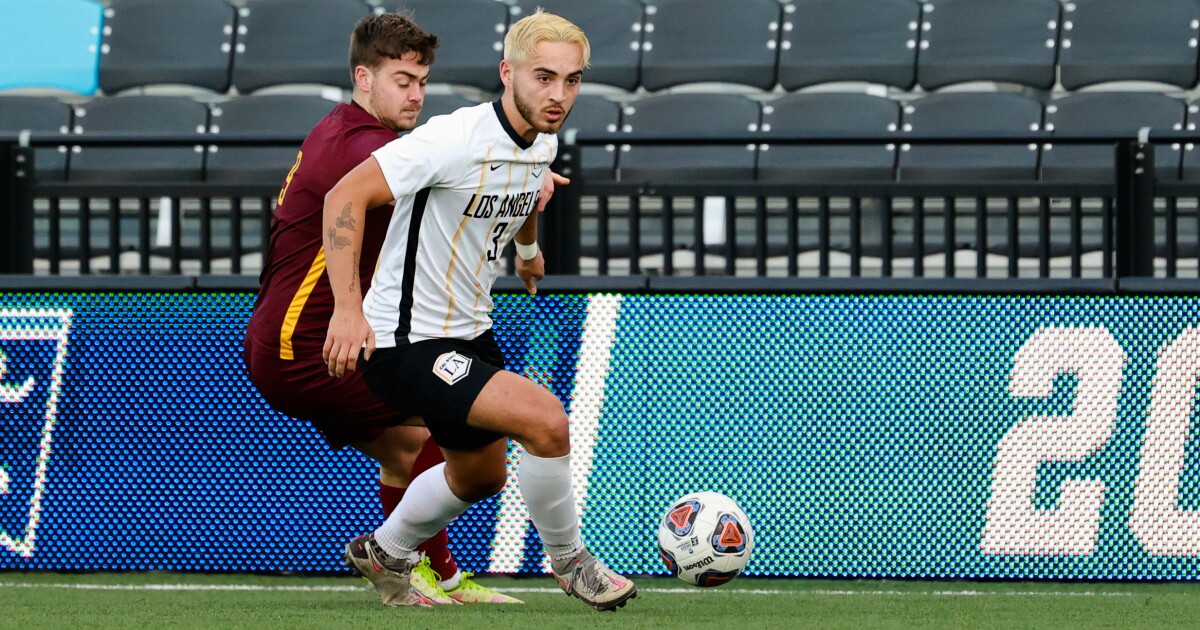 After 14 years as an assistant coach, Michael Erush finally got his dream job last winter when he was promoted to the head coaching job at Cal State L.A. That’s the good news. The bad news, perhaps, was the fact the promotion came less than three weeks after the Golden Eagles won their first NCAA Division II title.

If getting to the top was tough, staying there could be even tougher.

“What I said when I took over is ‘last year? Congratulations. That’s done.’ And we flipped the page,” said Erush, who has added 19 players to his team since the championship game. “Because what has this team done? They haven’t accomplished anything.”

That isn’t exactly true. The team ranked No. 1 in the United Soccer Coaches preseason national poll and is unbeaten two games into the new season, winning both games in shutouts. But Erush’s point is well-taken.

“You can’t think about the past because every single opponent that comes in to play us is going to play to their maximum ability to take down the champions,” he said.

That’s especially true in Southern California. The Golden Eagles had to beat regional rival Cal Poly Pomona to get to the final four, where it beat Nova Southeastern on penalty kicks in the semifinal before edging Charleston 1-0 in the title game on a goal from Simon Johansen.

Seventeen days after that game Cal State L.A. coach Chris Chamides took over the rebuilding women’s program at Loyola Marymount University and Erush, 39, became the head coach of the Golden Eagles. Only four of the 11 starters in the championship game — among them Johansen and goalkeeper Alvaro Unanua, who didn’t allow a goal in the final 317 minutes of the NCAA tournament — are back, which leaves the new coach with a heavy challenge.

“Any professional team, any top collegiate team, you want to continue being dominant,” he said of a program that is 37-3-6 and has played in two national title games over the last two seasons. “That’s a great opportunity for me as a new head coach. I have a chance to create my own name for myself running the program.”

Azusa Pacific, ranked 19th, and Biola are both back with strong teams after being bounced in the first round of the playoffs last season.

“We’re fortunate. L.A. County is a hotbed for very good collegiate soccer players,” Erush said. “We have one of the toughest regions, the most teams to qualify for a very limited amount of NCAA spots. So it could be one or two games, or one or two losses, and you don’t make a tournament.

“Almost every game is a rivalry here because everyone wants to beat up on each other to make a name for themselves when it comes to the rankings.”

On the Division I side UCLA, coming off its first NCAA tournament appearance in three seasons under coach Ryan Jorden, is unbeaten and unscored-upon in four starts this season, including two exhibitions. The Bruins, ranked fourth in the coaches poll — their best ranking in seven years — are led by midfielder Tucker Lepley, who topped the team in scoring last season as a redshirt freshman, and sophomore defender Pietro Grassi, who was named to the Hermann Trophy watchlist.

Loyola Marymount University went 12-4-2 but was the first team out in selection for last fall’s tournament, meaning if the field had been one team larger, LMU would have been in. And the team, ranked 24th in the nation in Tuesday’s poll, has picked up where it left off last fall, winning its first two games behind forward Adam Davie, who has three goals, and senior midfielder Noel Caliskan, who was also named to the shortlist for the Hermann Trophy, college soccer’s top individual honor.