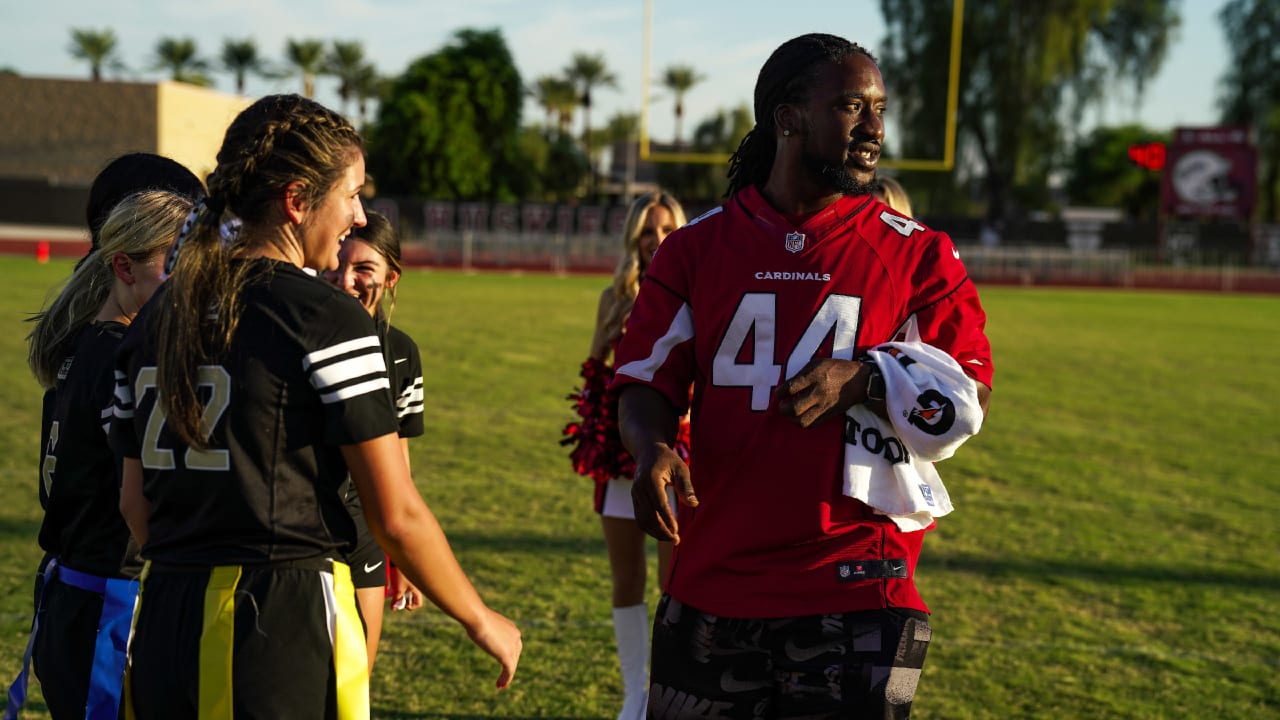 Growing up in St. Louis, Markus Golden defied the odds to make the NFL.

His dream wasn’t just to play under the bright lights on Sunday.

“I always wanted to help others as a kid,” the Cardinals linebacker said, “and when I made the league, I wanted to give back to the community.”

The Cardinals, Nike, and NFL have teamed to promote girls flag football and help increase awareness for the initiative. Before the game in a crowded weight room, the Cardinals presented a check for the schools, which will go towards their athletic departments for participation and to increase access.

“I love being a part of the community,” Bidwill said. “Helping people is just part of my nature and has been part of my family’s history. We’re very fortunate for our team and the phenomenal fan base, so it’s very important for us to give back.”

Sporting a red jersey and white and red Air Jordan 1s fresh out of the box, Golden made the opening coin toss. He said it was his favorite moment from the event.

“It felt good when it first left my hands but it started spinning a bit when I released it in the air,” Golden said. “It got a couple of flips, so I’ll give myself at least a B.”

The event itself? Golden was giving it the highest marks possible.

“You always have to give credit to the female athletes,” Golden said. “I coached flag football back in the day, so it felt good to be out here supporting.”