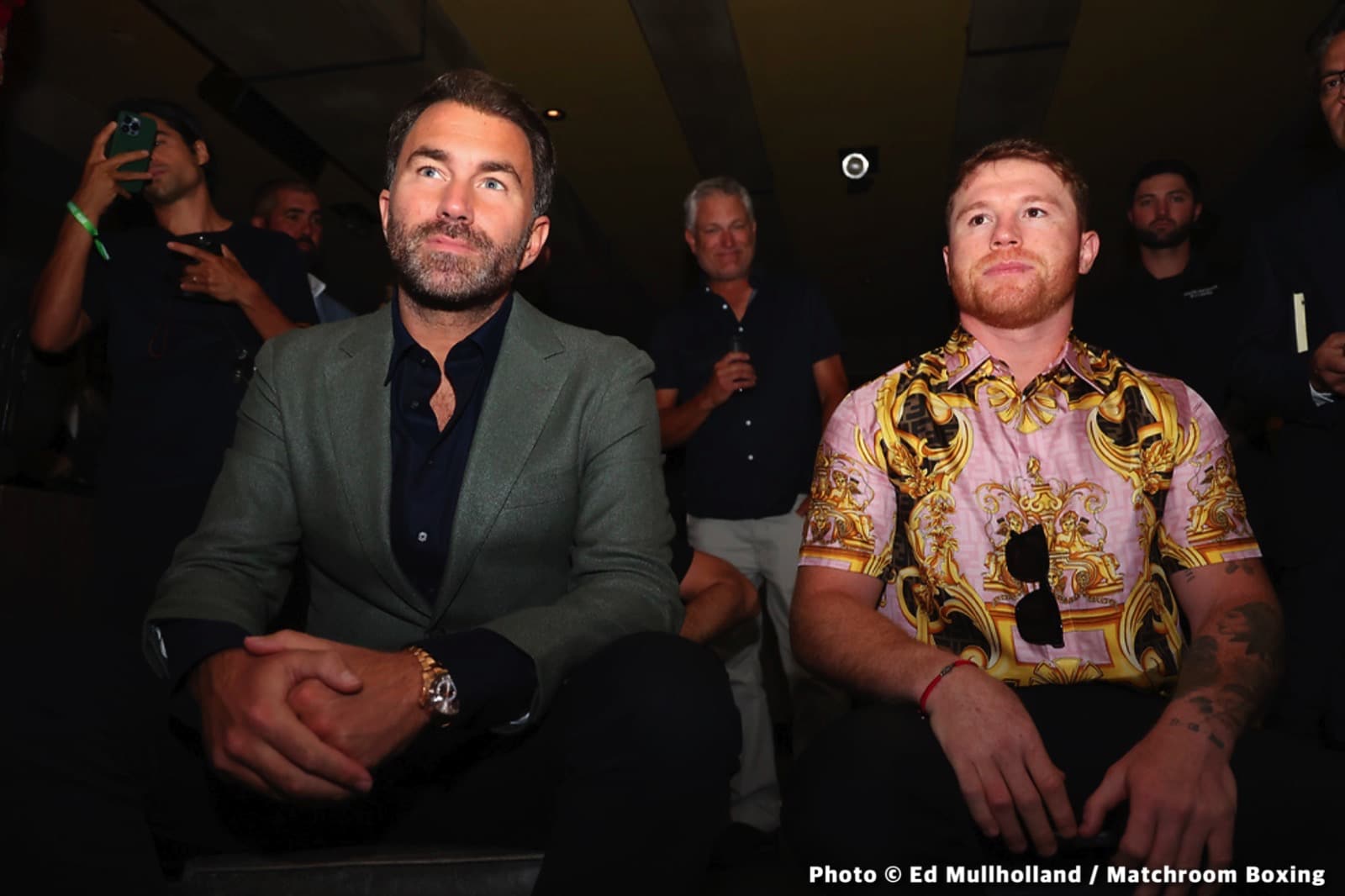 By Sam Volz: Canelo Alvarez looked sharp, showing off his impeccable defensive skills & combination punching while working out with his trainer Eddy Reynoso on Friday.

The superstar Canelo (57-2-2, 39 KOs) is roughly two weeks away from his trilogy match against Gennadiy Golovkin on September 17th, and he looks in outstanding physical condition for the match.

More importantly, the former four-division world champion Canelo looks motivated for the fight with GGG. This is a huge departure from the way Canelo looked in the build-up for his last fight against WBA light heavyweight champion Dmitry Bivol last May.

Canelo looked like a condemned man while training for the Bivol fight, and you could tell that he knew what was in store for him.

“Are you influenced at all by the fact that Canelo is the bigger man? I don’t know if it’s Mexican beef or hamburgers, or Whoppers. I don’t know what it is. I have no idea,” said Teddy Atlas on The Fight, talking to Gennadiy Golovkin’s trainer Johnathon Banks about the 40-year-old fighter’s trilogy match with Canelo Alvarez.

“He [Canelo] has insisted that this fight go up to 168. Golovkin has spent his whole career obviously as one of the greatest middleweights of all time. Now, he has to go up to 168.

“How does that play into your prep for this fight that now you’re no longer the bigger guy?” said Atlas.

“It doesn’t play much into it because the preparation is the same,” said Banks. “It’s not like 68 is going to make him [Canelo] that much of a stronger puncher.”

“Does it play in a way that he’s [Canelo] a different physical being person than he was before? He’s bigger and stronger, let’s face it. Canelo has muscles that he never had before. Again, I don’t know where they came from, but they’re there.

“Now, does that change a little bit of your strategy along the lines of what we’ve been talking about, that he is stronger now?” said Atlas.

“It doesn’t change it because no matter how stronger he is, G [Golovkin] has always been physically strong in his own right. Therefore, that physical strength that G has that’s not really going nowhere.

“Golovkin has had his career at 160. So for me personally, no, it’s not going to change anything,” said Banks.