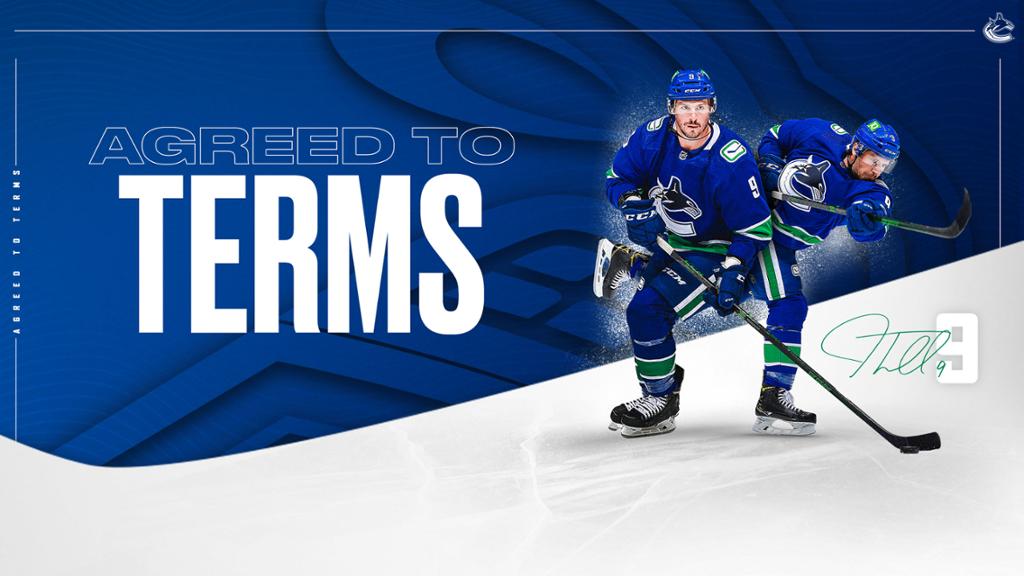 Vancouver, B.C. – Vancouver Canucks General Manager Patrik Allvin announced today that the club has agreed to terms with forward J.T. Miller on a seven-year, $56 million contract extension that will carry through the 2029.30 season.

“J.T. Miller is an impact player in this League and we are thrilled to have him re-signed with the Canucks long term,” said Allvin. “His production last season speaks for itself and his competitive drive provides a standard that our players can look up to. He will continue to be a key piece of this team for years to come.”

Miller, 29, led the Canucks in scoring last season with 99 points (32-67-99) in 80 games played, establishing new career-highs in goals (32), assists (67), points (99), power play points (38) and shots on goal (206). In addition to leading the team in each of these categories and posting the seventh-most points in a season in franchise history, Miller also became the first Canuck to lead the team in scoring by a margin of 30 or more points since Pavel Bure in 1997.98.

Since arriving in Vancouver in 2019.20, Miller has posted multiple career years, registering his three best points-per-game values of his career in a Canucks uniform, highlighted by a 1.24 points-per-game last season. He also captured a trio of team awards in 2021.22, including the Cyrus H. McLean Trophy (leading scorer), Pavel Bure Award (most exciting player, fan vote), and Three Stars Award (most three stars selections). In 2019.20 he was voted by the fans as the recipient of the Fred J. Hume Award as the team’s unsung hero.

A native of East Palestine, Ohio, Miller has represented the United States on various occasions, such as the IIHF World Junior Championships in 2012 and 2013 (gold), the 2011 IIHF U18 World Championship (gold), and the 2010 World U17 Hockey Challenge (gold).

Miller was initially selected by the New York Rangers in the first round, 15th overall in the 2011 NHL Entry Draft and acquired by Vancouver via trade from the Tampa Bay Lightning on June 22, 2019 in exchange for goaltender Marek Mazanec, a 2019 third round pick and a 2020 conditional first round pick.