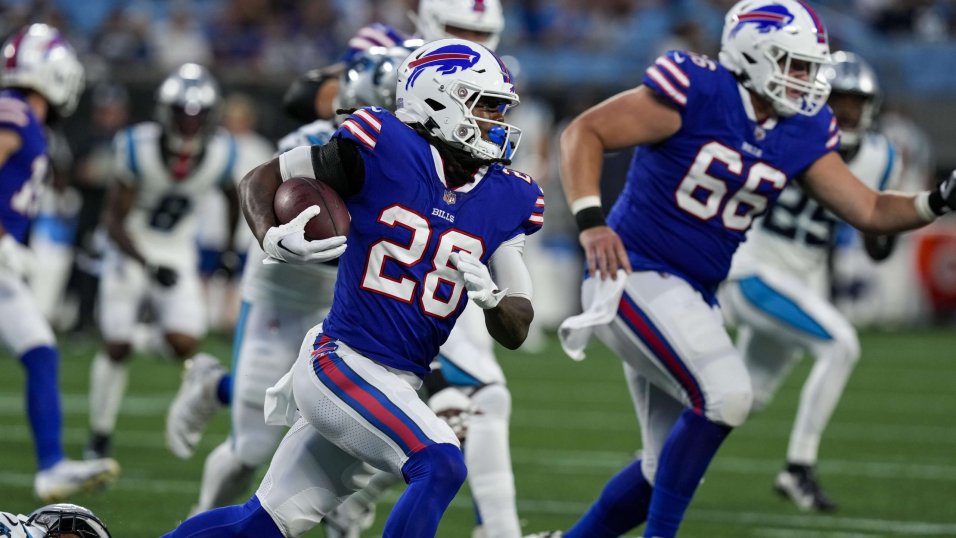 • Tight ends that approach 80% route participation are hard to keep out of the top 12, and the Cleveland Browns‘ David Njoku and Jacksonville Jaguars‘ Evan Engram could reach that mark in 2022 based on preseason utilization.

Quarterbacks that can run are a cheat code in fantasy football.

For example, Taysom Hill sported a gross 63.1 PFF pass grade in eight games with 15 dropbacks or more over the last two years. He averaged 206 passing yards and 0.89 passing touchdowns per game (both very bad). However, he supplied 461 yards and six touchdowns rushing. Despite enormous passing game woes, he averaged 21 fantasy points per game over those eight games. Quarterbacks that hit 21 points per game and avoid injuries have finished as QB9 or higher every year since 2007.

The concerns about Lance’s ability in the passing game are overblown for fantasy purposes. If he does figure out the passing attack (within the realm of possibility) – he could push for top-3 status thanks to a loaded WR/TE room.

You might be getting Lamar Jackson or Jalen Hurts multiple rounds later.

Everything I just said above about Lance can be applied to Fields except for the absolute ceiling outcome since the Bears don’t have near the weaponry as the 49ers. Still, great surrounding weapons aren’t a must for rushing quarterbacks – one of the beautiful parts about their game.