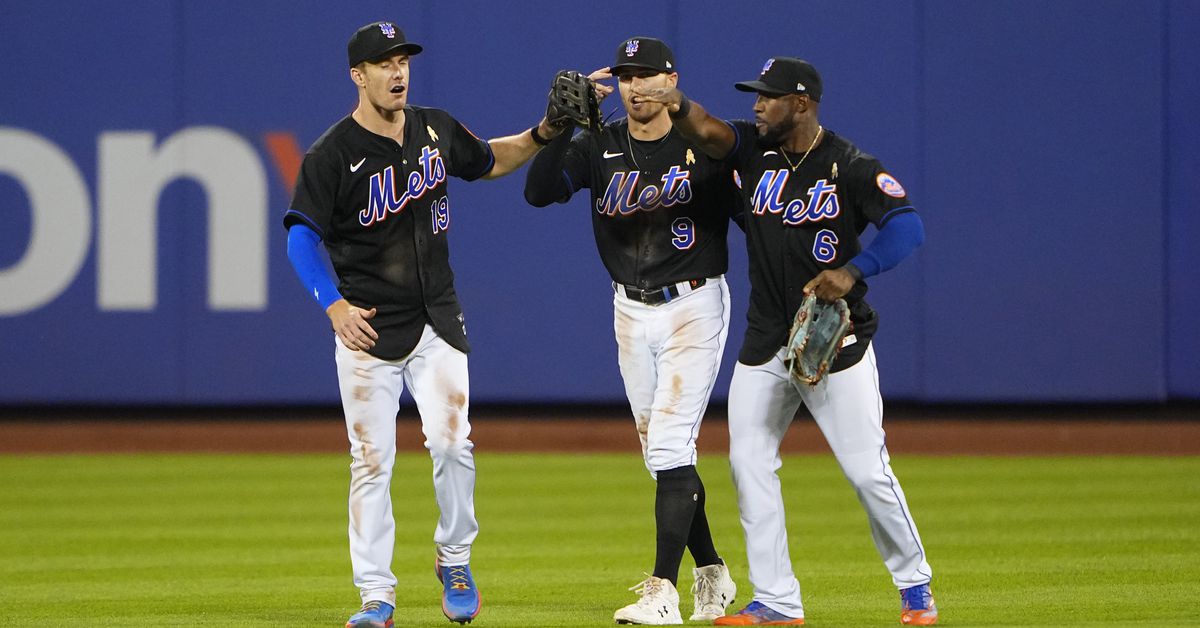 The Mets began a stretch of five straight series against teams with below-.500 teams last night against the Washington Nationals. While the game was tied heading into the bottom of the sixth, a four-run inning gave the Amazins a lead that they would not relinquish, as they secured a 7-3 win against their division rivals.

Edwin Díaz made history by becoming the first pitcher to win the Reliever of the Month for three straight months.

The DJ duo behind Narco made it official: Narco as an entrance song belongs to Díaz and Díaz alone.

The Mets’ performance against the Dodgers gave us a good sense of how these two teams might match up in October.

Tylor Megill has a chance to play an important role in the Mets bullpen once he returns from the injured list.

Pete Alonso hit a much-needed homer last night, as the slugger has been in a slump as he’s prepared to play meaningful September and October baseball for the first time.

Eduardo Escobar has been forced into everyday duties with the injuries to Luis Guillorme and Brett Baty, and last night he produced against a righty starter.

The Mets are doing what they can to ensure that Max Scherzer is healthy and ready for the postseason.

Around the National League East

Sandy Alcántara had a rare rough outing against the Braves, who slugged five homers on the night en route to an 8-1 victory.

Kyle Gibson got roughed up against the Giants and the Phillies bullpen didn’t fare much better, resulting in a 13-1 shellacking.

Zack Wheeler is still feeling soreness in his elbow, so his progression back to the mound will take a bit longer than the Phillies previously hoped.

The Nationals are trying to limit Josiah Gray’s innings as the season nears its end, and Gray is on board with the plan.

The Rays are now just five games back from the Yankees in the AL East standings after winning a head-to-head matchup last night.

Austin Meadows opened up about the mental health struggles he has endured this season.

Andrew Benintendi left last night’s game due to a wrist injury and will undergo an MRI.

Brandon Belt’s 2022 season will end due to knee surgery, but the long-time Giants first baseman hopes to keep playing beyond this year.

In other injury news: Rays reliever J.P. Feyereisen is likely done for the year due to shoulder discomfort.

San Francisco is considering working out an extension with Joc Pederson to keep the outfielder beyond this season.

FanGraphs broke down the sweeping slider pitch that has become so prevalent in baseball in recent years.

After serving as a lockdown closer this week against the Mets, Jake Reed has been designated for assignment by the Dodgers to make room for Blake Treinen’s return from the injured list.

MLB.com looked at the strength of the remaining schedules for each contending team.

Vasilis Drimalitis provided a preview of the weekend affair against the Nationals.

Joe Sokolowski compiled all the quotes about Old-Timers Day and everything else that occurred with the Mets this week.

Chris McShane and Brian Salvatore discussed a memorable week for the Mets on the latest episode of Amazin’ Avenue Audio (The Show).

This Date in Mets History

Jim Hickman became the first Mets player to hit three homers in a single game on this date in 1965 against the Cardinals.