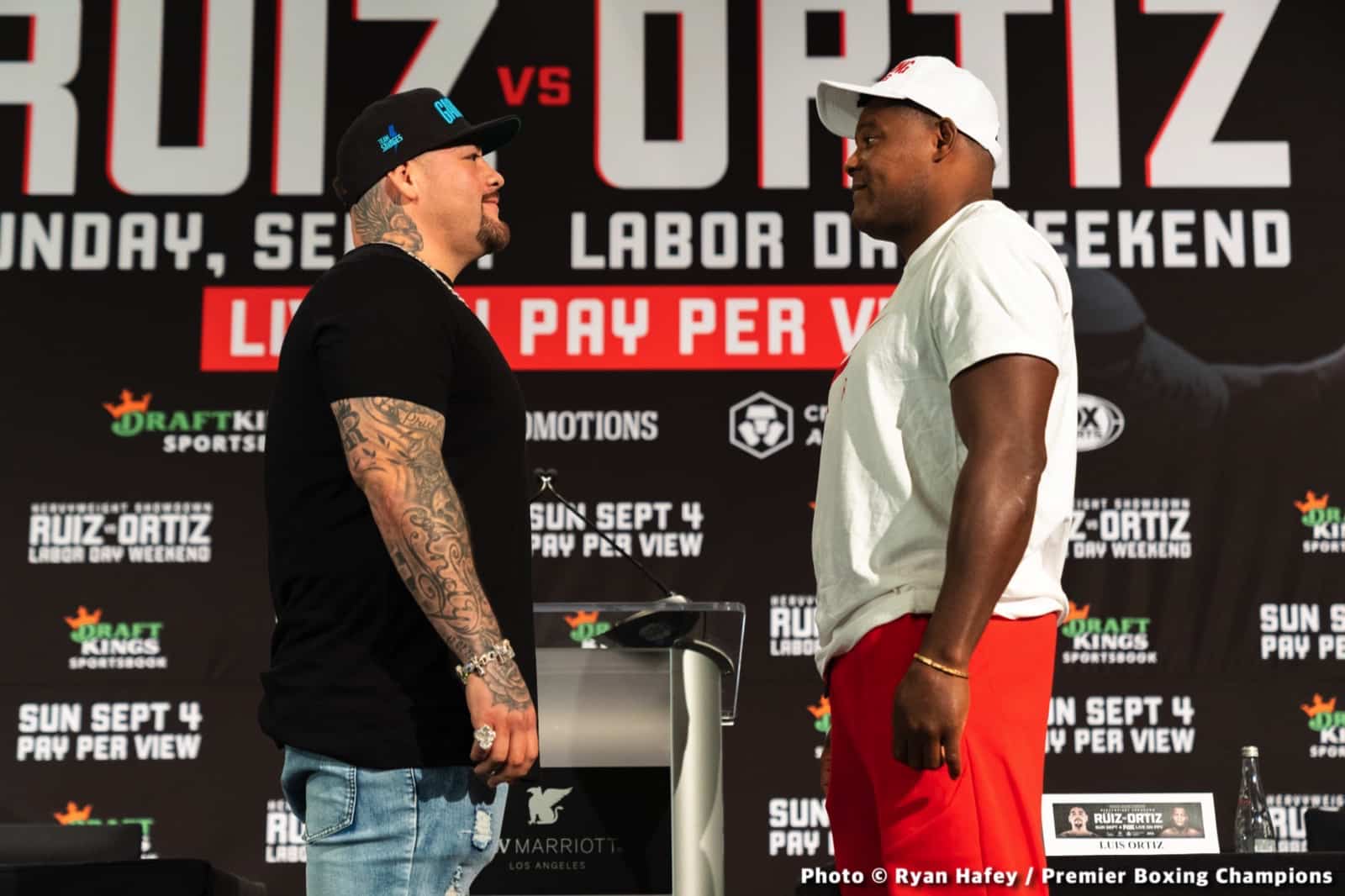 On a Sunday night of a holiday weekend here in the states Andy Ruiz takes on Luis Ortiz at the venue formally known as Staples Center in Los Angeles on FOX PPV. Can Andy rekindle his career when he shocked the world be defeating Anthony Joshua? Will the crafty and still powerful Luis Ortiz spoil Andy’s plans which would likely earn a trilogy fight against Deontay Wilder assuming he gets by Robert Helenius? Either way this main event will pop and the undercard should give fans a night of entertainment.

From the looks of it Andy Ruiz appears to be in shape and ready to resume his career at the heavyweight division. However, a quality fighter stand in his way by the name of Luis Ortiz and he shouldn’t be overlooked even if he’s past his prime. As I write this preview and predictions article the betting odds have Ortiz sitting anywhere from a +240 all the way up to +320 as a very live dog. As far as fully focused and in shape let’s not jump the gun on Andy Ruiz until we see him on the scale and in the ring able to execute what makes him a dangerous opponent for anyone in the division.

Andy Ruiz will need to use a jab of some sorts to get on the inside and do damage to Ortiz. That’s not to say he should double and triple the jab constantly because we know Luis is a damn good counter puncher. If and when Andy close’s the distance he will implore his punches and bunches attack style. Andy has fast hands with plenty of pop and can work the body and head with short meaningful punches. He can’t spoil his work getting too close but he will have to make his living on inside to win this fight. Something to note is Andy not looking all that great versus Chris Arreola, having some sort of knee procedure, and hasn’t fought in 16 months.

Luis Oritz is a very skilled boxer coming from the Cuban amateur system and it all starts with a jab. Oritz’s jab can be used as a range finder to set up his power and it he delivers it with speed especially at heavyweight. He can throw his jab on the move using angles, at range, or coming forward. Oritz’s bread is butter with his overhand left that still has thump just ask Charles Martin whom he froze like a statue back in January. The only drawback to picking Ortiz to win is the fact that father time is knocking and it’s just a matter of the door being kicked in. He was dropped twice in the first and fourth round eventually able to stop Martin in the 6th.

This boxing podcaster believes that Luis Ortiz is slightly undervalued in this matchup so don’t be shocked if we see an upset on Sunday. This fight will feature two-way action throughout and it’s just of matter of who lands the biggest bomb to change a round or the fight. The work rate and hand speed (as long as Andy is in prime shape) wins more rounds than the one big punch at a time we generally see from Ortiz (unless he has his opponent hurt) won’t be enough. I see this around 7-5 maybe 8-4 fight that could go either way but at the end of the day a razor close scrap will likely go Andy’s way due to location and a possible big money pairing with Deontay Wilder.

My Official Prediction is Andy Ruiz by Majority-Decision.

Side Note: The argument can be had that this main event shouldn’t be headlining a full priced PPV card is legit but at least the PBC/FOX gave us what should be enjoyable night of boxing both stylistically and from the interesting matchup angle on the PPV undercard. Abner Mares fighting Miguel Flores came out of left field given that it’s been over 4 years since he last fought, however Eduardo Ramirez should give Isaac Cruz a spirited effort in a fan-friendly fight. What I really like about this card is the first 3 fights starting out on FS1with a quality 122 matchup between Ra’eese Aleem and Mike Plania. Plus, both Joey Spencer (on FOX) and Jose Valenzuela are matched in step up fights taking on Kevin Salgado fresh off a draw with Bryant Perrella and late replacement Edwin De Los Santos.

Written by Chris Carlson Host/Producer of The Rope A Dope Radio Podcast Available at www.blogtalkradio.com/ropeadoperadio Follow on Twitter @RopeADopeRadio