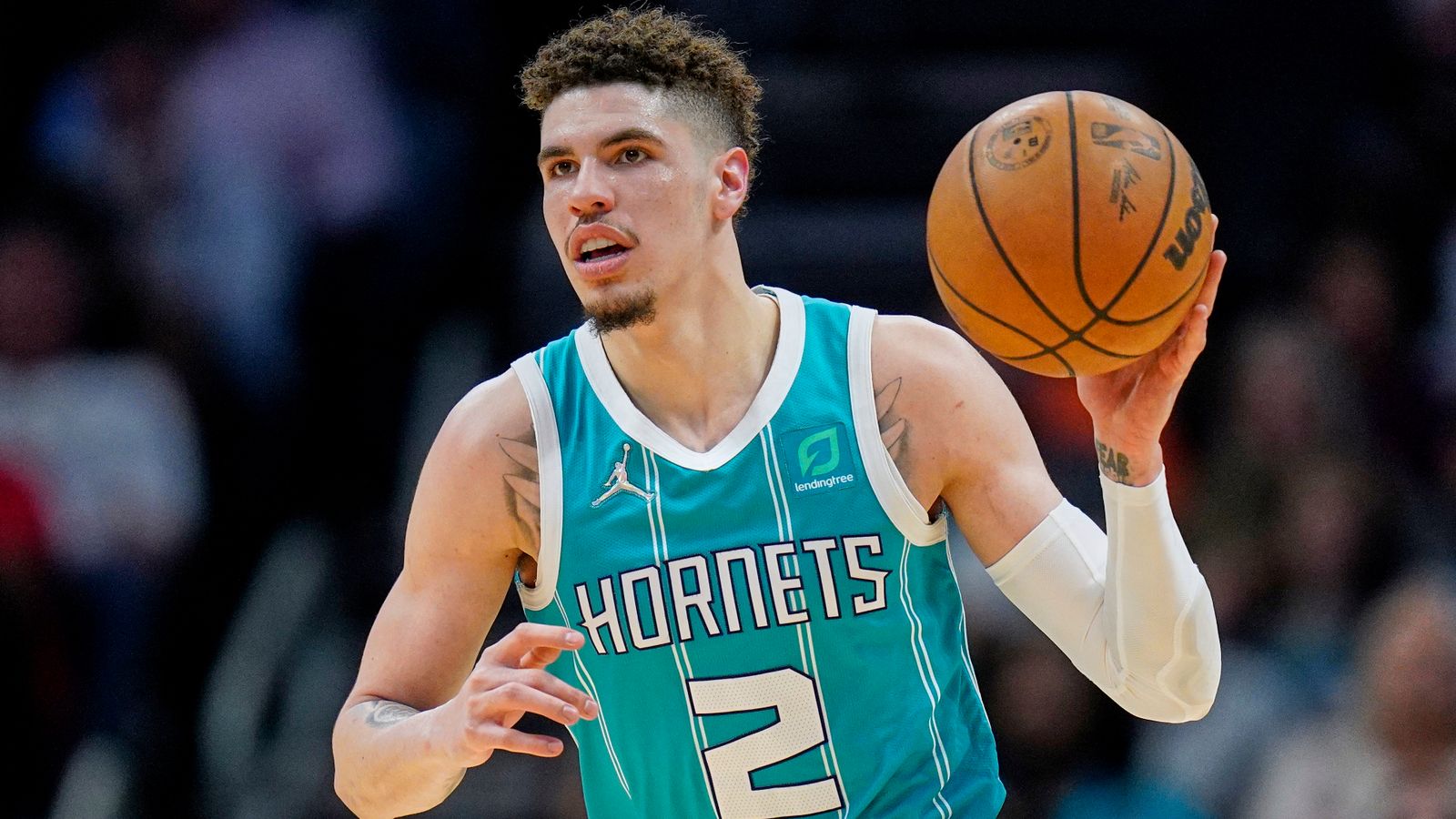 Charlotte Hornets and NBA journalist James Plowright assesses the 2021-22 season for his team, and then casts an eye ahead to 2022-23.

Where my love for the NBA and the Hornets came from…

My name is James Plowright, I’m a Manchester, UK based NBA journalist who writes and podcasts about the Charlotte Hornets for Sports Illustrated‘s “All Hornets” website. I’ve been following the Hornets since 2007 when I had a 50/50 choice between buying a LeBron James or Adam Morrison jersey… You can guess which one I picked!

In recent years, I’ve stepped up my work as a credentialed media member, attending virtual media availabilities, games in Charlotte and this past July NBA Summer League in Las Vegas. It’s safe to say the Hornets don’t have the biggest media footprint or fanbase, but there is a small passionate group of fans in the UK.

Grade for last season: B

In one his best displays of the season, LaMelo Ball lifts the Charlotte Hornets past the Brooklyn Nets with a dazzling display a crucial regular season clash towards the end of the 2021-22 campaign

Despite the negative end to the year, I viewed last year as a success; the team finished 43-39 which is the first time since 2016 the franchise’s overall record was over .500. That was achieved despite having the fourth-youngest roster in the league and missing their most experienced player in Gordon Hayward for half the season due to injury (again). I am more patient than most, so don’t hold the play in loss against them too much, overall, that’s why I gave them a B.

Assessing the offseason for the Hornets

Charlotte have had the worst NBA off-season of any team in recent memory, and it’s not even close. To their credit, most of the issues that arose were out of their control, the team were dealt a bad hand. Don’t believe me? Well let’s look at what has happened this summer:

The team decided to also let Montrezl Harrell (Also facing drug charges) leave as a free agent and re-signed 2019 second-round pick Cody Martin to a reasonable contract for a rotation player. Believe it or not, Martin is the first second-round pick Charlotte have ever re-signed in the history of the franchise. Cody’s twin brother Caleb also signed to a lucrative contract with the Miami Heat this off-season, he started his career in Charlotte.

Unfortunately, the Bridges situation has largely paralysed the team from making any other moves. Bridges is currently a restricted free agent which means Charlotte have very little flexibility until they know more about his case which is set for a hearing on August 19.

Regardless of the Bridges outcome, Charlotte will need a back-up ball handler behind LaMelo Ball. Rumors are swirling that they are picking between Isaiah Thomas and Kemba Walker. The return of the franchise’s all-time leading scorer in Walker would be a Ronaldo to Manchester United-esque return, let’s hope it would work out better. Fan favourite Isaiah Thomas was a late season pick-up last year and flashed some excellent leadership skills. My preference edges towards Kemba, but both seem like acceptable choices.

Key points of note from the 2022 NBA Draft

The Hornets drafted Mark Williams with the 15th pick which they received from New Orleans in the Devonte Graham trade, an underrated move by GM Mitch Kupchak. Despite suffering from “Boring name syndrome”, Williams’ skillset is exactly what Charlotte have been looking for. Williams has an impressive 9’9 standing reach, the biggest recorded in NBA databases outside of Tacko Fall. I had Williams ranked 12th overall and like the selection, however I would have preferred Memphis big man Jalen Duren who was available when Charlotte were on the clock.

Bryce McGowens picked 40th overall showed some promising flashes in summer league, I hear reports he looked excellent in Charlotte’s summer training camp and could surprise some people down the line.

On draft night, Charlotte also opted to trade away the 13th pick for a 2024 Denver first round pick (Likely 22-30) and four second round picks. I wasn’t a supporter of this move as very rarely does turning one premium asset into several less valued assets workout. On top of that, I was a big believer in Duren who was my dream pairing with LaMelo Ball, he unexpectedly slid on draft night to number 13 and momentarily I thought the stars had aligned for Duren and LaMelo to be united. Hornets fans will be keeping a close eye on the development of William and Duren’s careers for the next decade to see if Charlotte made the right choice.

The Hornets’ aims for next season

The team will be trying to make the playoffs next year whether Miles Bridges is on the team or not. That seems an unlikely task with the level of talent in the East and limited roster upgrades. However, I can’t rule out the playoffs completely, not with a generational talent like LaMelo Ball on the team. If LaMelo continues to ascend to NBA stardom he could lead the Hornets to a playoff berth in a similar vein to Ja Morant and Devin Booker have with their teams in recent years. If the Hornets can get a full healthy season from Gordon Hayward (big ‘if’, I know) then that could go someway to offset some of the production lost from Bridges.

I enjoy analysing the NBA Draft so the most exciting thing for me is to always see the rookies and sophomores making strides. After making my trip to Las Vegas Summer League in July I had the chance to see many first-hand, the duo of Jabari Smith and Paulo Banchero are going to be a fun watch this season and it’s just a shame we won’t get to see Chet Holmgren due to his injury.

Why should people watch the Hornets?

I’m biased but Charlotte has a couple of things going for it no other team has which always makes them an entertaining watch.