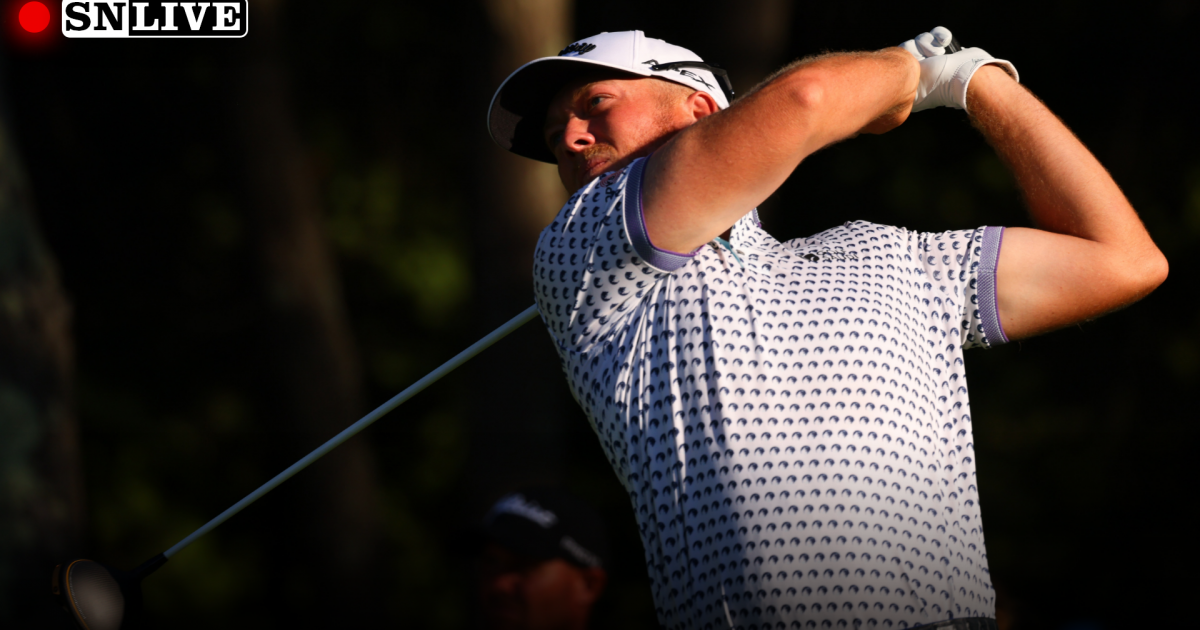 Could it be a Talor-made victory?

Talor Gooch sits at the top of the leaderboard entering Sunday’s deciding round at the LIV Golf Invitational event in Bolton, Mass., after a fairly uneventful second round on Saturday.

Gooch didn’t put together a highlight reel of golf play during Saturday’s Round 2, but the American put himself in prime position to win the fourth invitational event of the year by posting a five-under 65 on Saturday.

Sitting behind Gooch on the leaderboard, participating in his first LIV event is Joaquin Niemann: Niemann matched Gooch’s Round 2 score with a 65 of his own. The best round of the day, though, belonged to Dustin Johnson and Siwhan Kim. Both golfers notched 63 strokes on Sunday, with Johnson putting himself within two strokes of Gooch entering Sunday.

The Sporting News will provide live updates, results and highlights from Round 3 of LIV Boston below. All times are Eastern.

3:37 p.m.: Cameron Smith has an opportunity to put himself amongst the leaders with an eagle opportunity.

3:20 p.m.: Johnson’s putt hits the left edge and lips out. Can sink the following putt to tie. Gooch up to putt next, and his hits the right edge. Par for the hole, and -13 overall for the day.

3:13 p.m.: Dustin Johnson has a really good shot to take the outright lead after hitting the green on his second shot on Hole 8. Has a chance at eagle.

2:36 p.m.: Tied atop once again: Taylor Gooch drops in a birdie putt on five to tie Niemann once again.

2:27 p.m.: Niemann’s tee shot on five lands in the bunker, while Dustin Johnson just splits both. Gooch lands his tee shot short of the green but in a better position than his group.

2:02 p.m.: Sadom Kaewkanjana is now within a stroke of the lead after notching a birdie putt.

1:50 p.m.: Gooch just comes up short on a birdie opportunity on Hole 2, but secures the tap in to save par.

1:43 p.m.: Gooch drops a stroke and now there’s a two-way tie between he and Niemann after one hole.

1:40 p.m.: Johnson bogeys his first hole of the day. Decent save after a bad tee shot.

1:10 p.m.: Only a few minutes until the shotgun start. Interesting dynamic, with Talor Gooch and Dustin Johnson in the lead group today: Johnson is the captain of Team Aces, while Gooch is also a member of the team.

How to watch LIV Golf Boston

LIV Golf will not be broadcast on television in the U.S., meaning viewers will have to stream the event.

Viewers in the U.K. can watch it on DAZN and Sky Sports.

LIV Golf uses a shotgun start for its events. Players begin at the same time across the course on different holes and move in order from there.

*Watson is a non-playing captain due to injury.