New golfers take up sport due to excitement of Dana Open 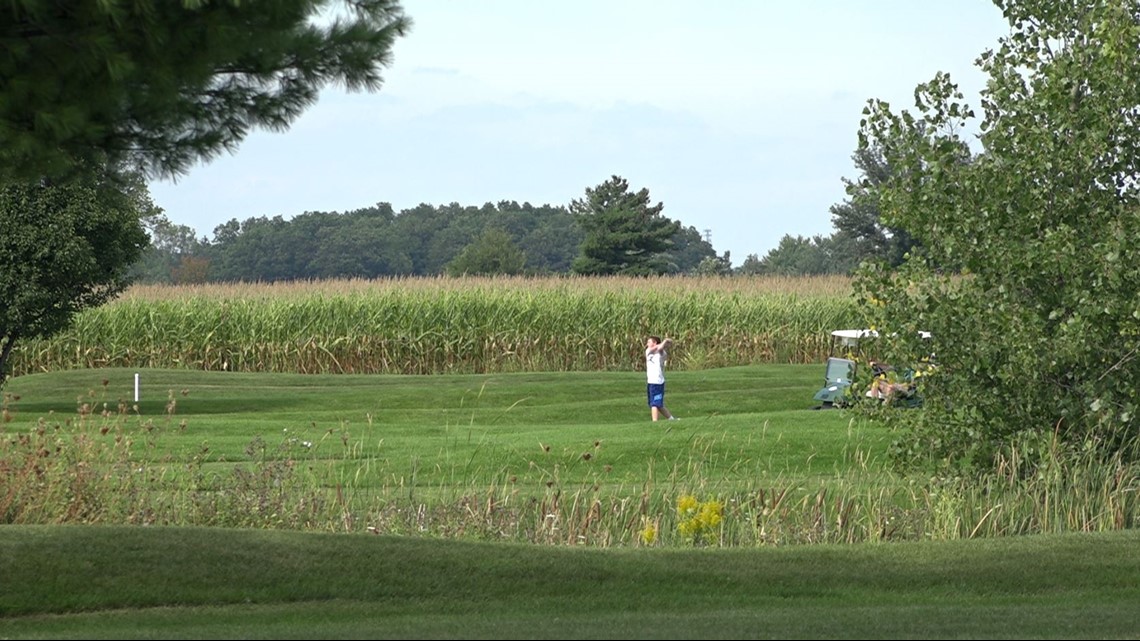 Quarry Ridge owner, Mark Augustyniak says the annual golf outing has brought many beginners to course over the last 16 years.

SYLVANIA, Ohio — The Quarry Ridge golf course is just miles down the road from the annual Dana Open. Its owner, Mark Augustyniak said, during the time he’s been there, many children have taken up the sport after watching the pro-women compete.

“What we’ve seen over the last 16 years, the growth right after the tournament.  People get excited about the game, they come out,” said Augustyniak.

He said the all-women outing brings in many young girls to the course but it also inspires the boys who want to be like their idols.

“The boys – the same thing. They have all their Ricky Fowler stuff, so it really is neat to see them all come out and play,” he said.

The tournament was pushed back this year from its usual date in mid-July to fit in the schedule with other LPGA tournaments. Augustyniak said this may actually keep the momentum going for the young golfers and help bring in more people.

But its not just after the tournament when children and their families come out to the course. He said it tends to be a family affair all-year round.

“We get a lot of families here, mainly kids, and then the kids bring the parents,” said Augustyniak.

From restaurants to movie theaters, the COVID pandemic affected a lot of businesses negatively. But Augustyniak said golf, by its very nature, actually benefited from the pandemic by being an outdoor activity and being a, necessarily, socially-distanced activity.

Golf courses actually increased their amount of players by 50% to 60%.

He said his course is not the only one in the area experiencing the impacts, and other country clubs and courses he has talked to experienced the growth too.

Children and other players can still come out to Quarry Ridge for lessons and in the wintertime, golfers can use the heated indoor driving range which is one of the only ones in the area.