‘The name of the game is being bigger, stronger, faster’ 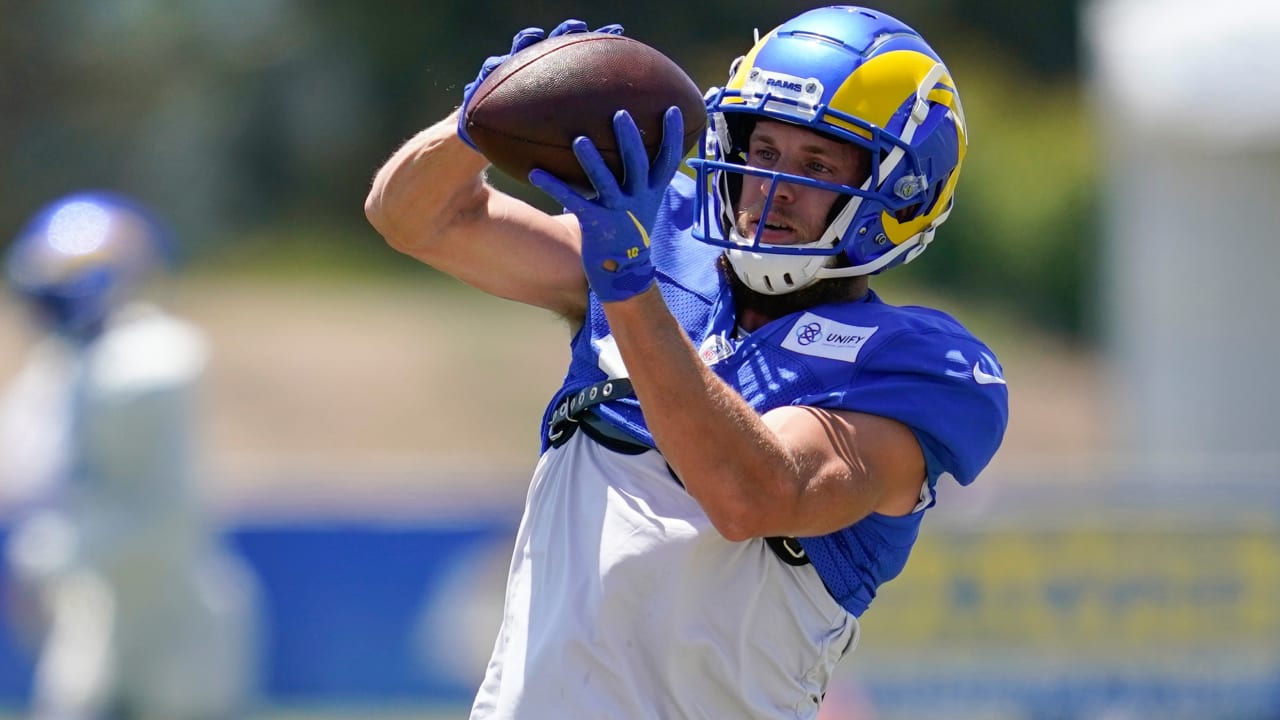 In achieving the wide receiving triple crown, Cooper Kupp proved himself as one of the best offensive weapons in the NFL last season. The Rams star wideout has since been looking to improve himself even further as he approaches the follow-up to his historic campaign.

Joining The Rich Eisen Show on Friday, Kupp provided some details on what he’s looking to fine tune in order to maintain that extraordinary success.

“It’s real simple. The name of the game is being bigger, stronger, faster than you were the year before, and then all the stuff you can do cognitively to be able to slow the game down,” Kupp told NFL Network’s Rich Eisen on The Rich Eisen Show Friday. “I feel like that’s the big thing that I built up over these last few months is being able to get to this place where the game is continuing to slow down and you’re able to play of the quieted mind.

“There’s little things, little details here and there within our offense that you want to improve on; angles off the line, the way you’re reading, understanding where guys fit on the second level, and then the run game, being able to take angles off the line of scrimmage to cut off guys appropriately; get a feel for how guys are going to play certain motions and runs based on actions from the front. All that little stuff that’s just the nuanced details you see in there as you play longer and longer you just get a better feel for. At the end of the day, just being a better football player than you were the year before. You get to that place and understand that it’s not about the production. It’s not about what the paper says at the end of the day, it’s what the film says. And I want to go look at film and say I was a better football player than I was in 2021.”

Leading the league in receptions (145), receiving yards (1,947) and receiving touchdowns (16) in 2021, Kupp became just the fourth player in NFL history to accomplish the rare feat of leading all WRs in every major category. Earning his first All-Pro and Pro Bowl honors, the 29-year-old’s breakout campaign amounted to the 2021 AP Offensive Player of the Year award and a hefty three-year extension this offseason.

Amplifying Kupp’s stellar season was his role during the Rams’ Super Bowl-winning playoff run. Producing 33 receptions for 478 yards and six touchdowns in four games, Kupp continued his dominance under the brightest lights and came through when the pressure was at its highest. Kupp nabbed four receptions, including the game-winning touchdown, during the Rams’ final drive of the season and added one more accolade to his year after being rightfully named Super Bowl LVI’s MVP.

Finding another season from a WR that comes close to that of Kupp’s 2021 is hard to do, and trying to match the numbers and accomplishments is poised to be a fruitless chase going forward. Kupp seems to recognize that, however, and just as the Rams look to turn the page in 2022, he will put his best foot forward by not looking back.

“You have to treat it the same as any other season,” Kupp said. “You take a little time to reflect on that season, see the things that you can do better, things you did well and go out there and make the improvements that you need to. I think we’ve done a good job about that this offseason. The focus just shifts, you know, looking forward to what’s to come. This league is so competitive, there’s so many good football players, so many good teams and coaches that there’s no time — get better, that’s why you can’t linger in the past. There’s not time for it. You’ve got to be able to move forward. That’s the mindset we’ve taken. It’s not about going out defending anything, it’s about going and pursuing a championship. Plain and simple. It’s about this year and what it’s going to take to stack the blocks together day after day to build you all there and achieve something great. That’s been our mindset and I’m excited that we’re a week away from being able to go make that happen.”