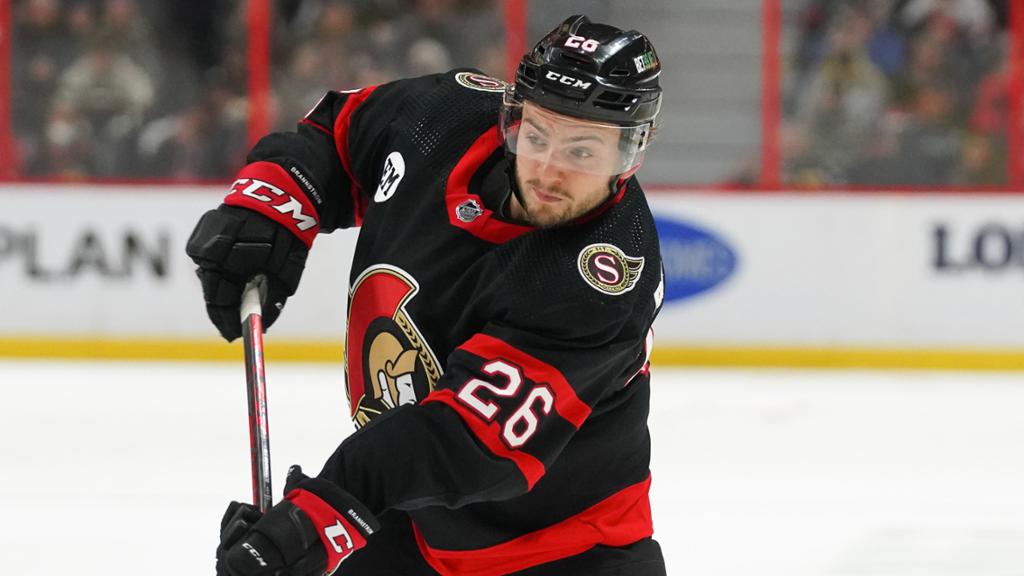 Erik Brannstrom signed a one-year, $900,000 contract with the Ottawa Senators on Monday.

The defenseman, who was a restricted free agent, had an NHL career-high 14 assists and points in 53 games last season for the Senators. He was second among Ottawa defenseman with six power-play points and fifth on the team averaging 19:46 in ice time per game.

“Erik is among our group of young players who we’re looking upon to take another step forward next season,” general manager Pierre Dorion said. “He’s competitive, has an ability to efficiently move the puck and showed well when asked to take on an increased role last season. We’re hopeful that experience pays dividends for him in the year ahead.”

Brannstrom was selected in the first round (No. 15) of the 2017 NHL Draft by the Vegas Golden Knights. He was traded to the Senators on Feb. 25, 2019 as part of the deal for forward Mark Stone.