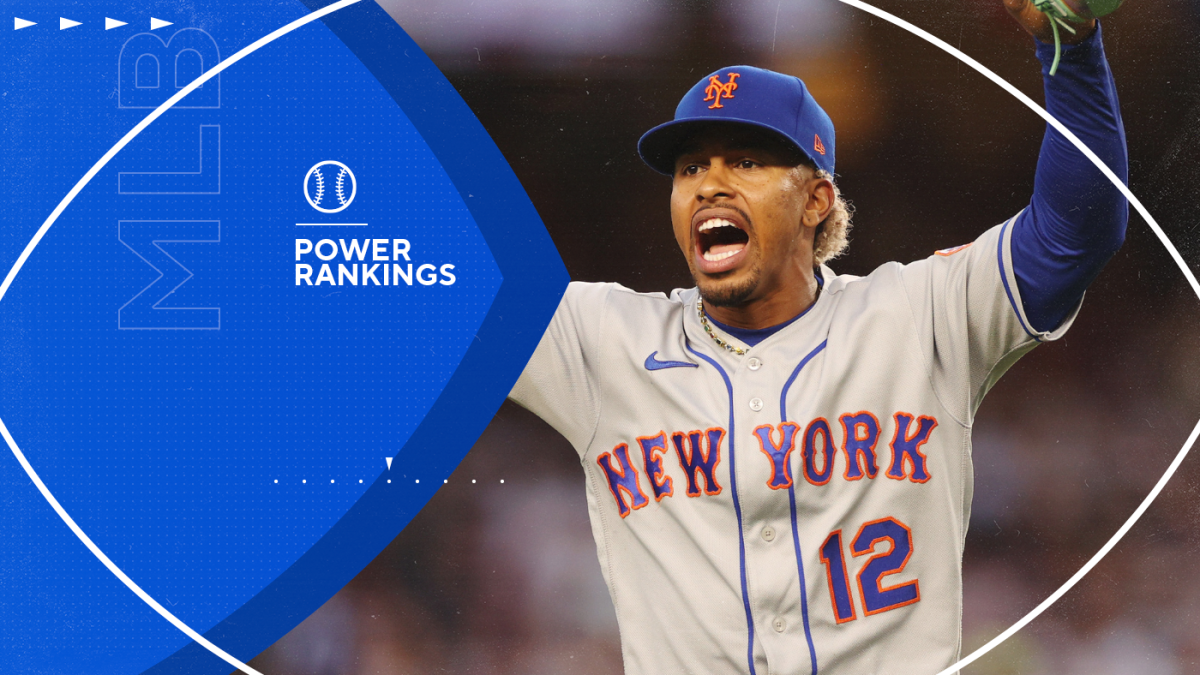 Labor Day is here. The national holiday means different things to different groups of people, but given that you’re on a Major League Baseball page right now, you are part of the group where it is a benchmark each season. It means the homestretch of the regular season leading to the playoffs is truly upon us. Just a few more weeks of jockeying before the postseason.

Where will see said jockeying? Well, let’s take a look. In The Official Power Rankings, we rank teams. This time around, you get double the ranking fix. We’re going to rank the playoff races and then the teams. You’re welcome.

Here are the six divisional races and two wild-card races, ranked in order of how fun they’ll be to follow the rest of the way (most to least, obviously).

The Mets had a 10 1/2 game lead at one point and it’s been dwindled down to one game. Now, there’s a vast difference in how everything has unfolded vs. how perception might look. The Mets didn’t choke the lead away. They’ve actually played great baseball, for the most part, since they built that huge lead. They’ve gone 51-33 since the beginning of June (it’s a 162-game pace of 98 wins). This division becoming a race has more more been a product of how great the Braves have played since that huge Mets lead. The two rivals have been duking it out for a while. Since July 23, the Mets are 27-13 while the Braves are 26-13.

Unfortunately, only three head-to-head games remain. Fortunately, those are the second-to-last series of the season and if it’s within three games, hoo boy that’ll be something to behold.

It should be noted that there’s a bit of a built-in cushion. Whoever doesn’t win the division here will be the top-seeded wild card, meaning it plays host to the No. 2 wild-card team. While you definitely want to win the division and take the bye, the escape hatch makes losing a bit less disastrous than falling out of the playoffs.

Then again, you surely want that bye, right?

Why isn’t it No. 1, then? Well, first of all, I never said being ranked second was bad. It’s still plenty worthwhile. We have five great races and this is ranked second. There’s just an internal negative here because these teams are inferior to the top teams in every other race.

Past that, though, we’re looking at the underachieving White Sox trying to rally down the stretch for a second-straight division title. They are 67-67, but only two games back while the Twins and Guardians are tied at the top.

This would have been last of the eight races two months ago. In a way, that’s why it’s third instead of fifth or even sixth here. It’s the possibility of history.

If the Yankees blow a 15 1/2-game lead, it would be the single biggest blown division lead in the history of baseball. Even if other races are closer, as long as the possibility of the Yankees blowing the lead remains, this one stays toward the forefront and the closer it gets, the higher it would move in the rankings. In fact, if the Yankees had lost on Sunday, I think I would have put this at No. 1.

Also, could this become a hotly contested three-team race? Dare we even dream of a four-teamer? Can you imagine that one?

As things stand, it’s highly doubtful four teams are involved late. The Rays are five back, the Blue Jays six, and the Orioles 8 1/2. The Yankees have looked terrible, but with that cushion it is highly unlikely to see a four-team race into the last week or even two weeks. There could be a path to a two- or three-teamer, though.

There’s a ton of head-to-head action here, including: The Blue Jays play the Orioles 10 times the rest of the way. They have the Rays nine times. The Yankees have the Jays, Rays and Orioles three more times apiece.

The intrigue of seeing history trumps a lot, especially since it’s the Yankees with their history (most decorated franchise, most unforgiving and entitled fan base, etc.).

The Central teams should have, thankfully, fallen back far enough that this is a race includes the three non-division-winner AL East contenders and the Mariners. It’s four teams for three spots and it could go any which way. Plus there are added layers.

The Mariners have the longest playoff drought in major North American professional sports. Just playing meaningful games isn’t enough at this point. They need to break through and make it. I’m buying it. They look the part.

The upstart Orioles just went through the worst stretch in MLB history, if you include consecutive 162-game seasons. They lost 115 games in 2018, 108 in 2019 and 110 last year. Everyone — yes, everyone — expected them to finish last in the AL East this year. Yet they are right here in the mix, 2 1/2 games out.

The Yankees could, conceivably, given the way they are playing, miss the playoffs, too, which would be utterly absurd. It’s so unlikely to happen that it shouldn’t be considered realistic (they are 8 1/2 games in), but even them falling into a wild-card spot makes this race more entertaining.

There’s a lot to watch here. It’s amazing theater. Most of it trickles down from the AL East race, however, so it has to be ranked below that one.

Tossing out the NL East champ, who will easily be the top wild card, it looks like this could be really intriguing. After all, the Padres and Phillies are only separated by a half-game! Of course, they are both in playoff spots and would be fighting over which superior opponent they’d have to face on the road in the first round. The Brewers are the only other team in the mix here — 2 1/2 games behind the Phillies — and they seem safely inferior at this point.

Also, there are zero head-to-head games remaining with any combination of Brewers, Phillies and Padres.

It could absolutely be a three-team race for two spots down to the wire. It’s possible this will be the last race standing when we get to the final days of the regular season, too. It’s just less inspiring, by gut feeling, than the races above.

Regardless, we have five races.

As I told you would happen back in May — when the Brewers were big favorites — the Cardinals are going to win the division. I didn’t necessarily think they’d run away with it like this, but they are doing so. In fact, it has happened in a month. On Aug. 5, the division was tied. On Sept. 5, the Cardinals have an 8 1/2-game lead.

Four head-to-head games remain between the Brewers and Cardinals and I suppose if the Brewers won all four they could make it a race. I’m not betting on it, though, nor should you.

There is a much bigger gap between five and six here than six and seven. The Cardinals might have this over rather quickly.

I believe in the Mariners to hold onto a wild-card spot, not run down the Astros from 10 games back in a month.

(That was the Dodgers’ yawn, not mine).