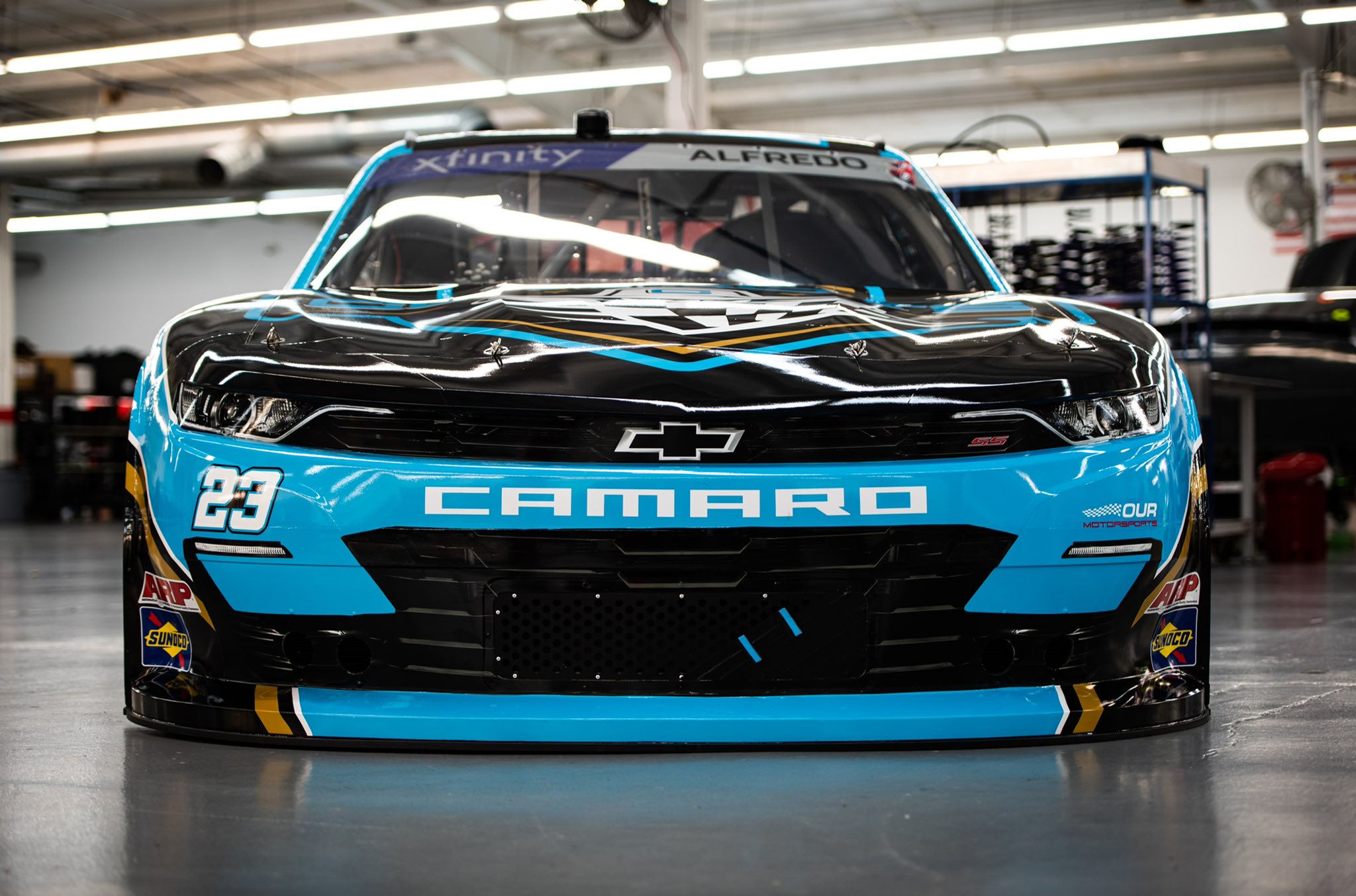 Watch the video of the chaos at Darlington Raceway

On Saturday, the NASCAR Xfinity Series unloaded in Darlington, South Carolina. The 1.366-mile of Darlington Raceway has spawned drama under caution in years past but this was a unique situation.

Watch the video of the Anthony Alfredo crash at Darlington Raceway below.

At the end of stage one, Noah Gragson led the entire field to the pit lane. Unfortunatly, Anthony Alfredo and John Hunter Nemechek were both handed penalties for speeding on the pit lane.

Both cars were forced to drop to the rear of the field for the restart of the race in stage two. And, NASCAR was coming to the green flag when it all went wrong.

Nemechek was checking up slightly, so he didn’t pass the car in front of him. At the same time, Alfredo was coming off turn two at a high rate of speed to catch the field in time for the restart.

As Alfredo jumped on the brakes, the car wiggled. It looked as if something was wrong.

Alfredo locked up the front wheels and slid into the back of Nemechek. NASCAR was forced to delay the restart due to the crash.

Alfredo’s race is down due to damage. Meanwhile, Nemechek was able to continue.

Just a few laps later, the clouds opened up. The Darlington race is currently under a rain delay.

“I’ve been feeling under the weather this weekend and I started getting really sick in the car,” Alfredo told Bob Pockrass after exiting the care center.

“Everything happened really fast. I was catching the field just cause we were the penalty car after that. When I looked up, they were right there. I just tried to avoid them.”

“I couldn’t do anything because I was getting sick in the car. Just an embarassing incident. But, I don’t think I could have done anything different. It all happened really fast.”

“My apologies to John Hunter. And I hate it for my guys because we had a really fast Camaro.”

“A super weird incident. And I’m kinda upset about it.”

Alfredo clarified, “I was dry heaving, getting ready to throw up, pretty much. It’s a good thing I get Dude wipes in the trailer so I can go clean up.”

“They gave me some fluids and ran some tests to make sure I was all good. I’m feeling a lot better now.”