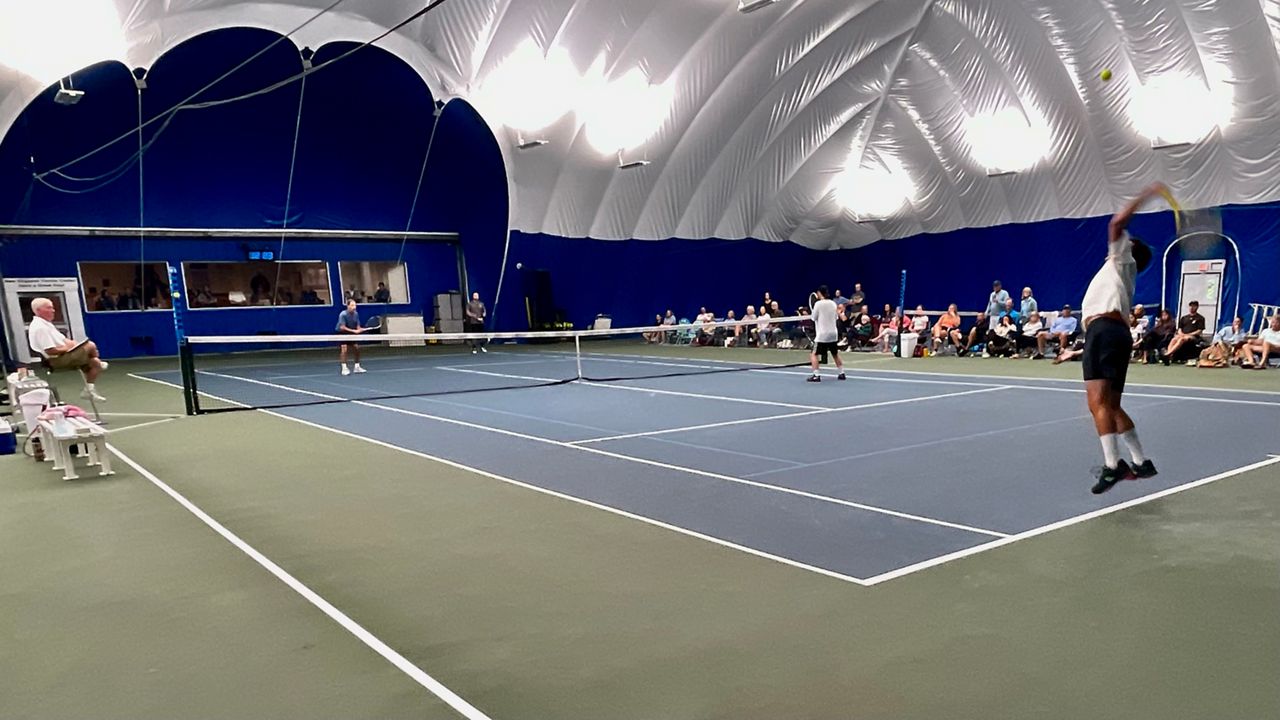 LANCASTER, Mass. – A tennis tournament in Central Massachusetts is celebrating its 110th year.

The Chandler Bullock Memorial tennis tournament is a Labor Day tradition in the town of Princeton. It’s made up of men’s, women’s and mixed doubles and is open to current and former residents. Organizers said it brings people from around the country to town, to watch and to play.

“It’s great because, you know, we can still get together, enjoy the day,” Terry Hart said. “These guys at Orchard Hills, it’s called the New England Tennis Center actually, have been super accommodating. I can’t thank them enough.”

The tournament is typically held outdoors in Princeton, but moved to an indoor facility in Lancaster this year because of the rain.